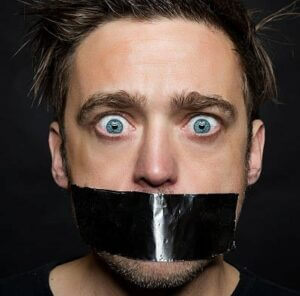 Well, OK, it isn’t an exact quote.  I didn’t feel like listening to the podcast a second time to get the words right.  But when you hear something like that, you can be sure shabby analysis will follow.  It did.

The “case-closing” analysis focuses on only one aspect of the possibly stolen election: the court cases.   And the podcasters did that badly.  They cite roughly 40 cases that the Trump side lost, and they even admitted that a large percentage of them were dismissed due to lack of standing.

What was not addressed are the phantom voters.  Were the voters whose ballots ended up in drop boxes actually alive?  If so, did they actually vote, or did someone vote on their behalf?  Do they live in the state?

ACORN has been disbanded for a while, but their stench still lingers.  They managed to register large numbers of people who will never vote.  Why?  So fraudsters can vote on their behalf.

The presence of drop boxes, vote harvesting and loose absentee ballot laws, coupled with the absence of signature matching, make phantom voting easier now than it was when ACORN existed.   And harder to detect.

Of course, there was no mention of 2000 Mules.  D’Dousa’s presentation isn’t bullet-proof, but it is compelling enough to warrant further investigation.

Most galling of all, they applied the conspiracy theorist label to people who don’t trust the 2020 election results and performed an impromptu psychoanalysis on them.  What a way to win people over.

A very large number of rational people are concerned about the integrity of our elections and rightly so.

Here is a multiple-choice question on leadership:

In view of the above concerns, what would a good leader do?

a.)  Investigate the above concerns and push for reforms that would make election theft harder.

b.)  Dismiss the concerns using sloppy analysis and claim there’s no problem at all.

BTW, there are people who are right now pursuing the approach in answer a, and others practicing answer b.  Which group do you trust?