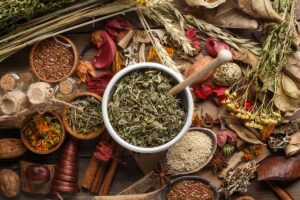 I’ve long been fascinated by alternative medicine. I’ve also been fascinated by the fact that there are no alternative dentists. Regardless, I’ve noted that most people who are interested in alternative medicine tend to be (a) those who find their diseases to be non-threatening, or (b) those who find their situation to be utterly hopeless. Those in between, those who have a disease that is threatening, but potentially fixable – those people want a real doctor who is using modern treatments with placebo-controlled data proving their effectiveness. Groups (a) and (b), however, are often comfortable with therapies with no research supporting their use, and are unconcerned with the consequences of untested treatments, because they are either completely secure or utterly hopeless.

If you’re perfectly healthy, you might take an herbal supplement to “support good prostate health”, with packaging that makes vague claims about “holistic balance” or some such.  Why not, right?  But if you develop prostate cancer, you don’t want to die a slow painful death from metastatic disease, so you want the latest chemotherapy, and you want to know precisely how effective it is, and exactly what percentage of patients experience side effects.  If the chemotherapy fails, and the cancer spreads all over your body, and your doctor tells you that further treatments are not worth the risk, then you’re back to herbal supplements which make vague claims.  I’ve seen this progression for years.  And it sort of makes sense, if you don’t understand statistics but you do understand human nature. 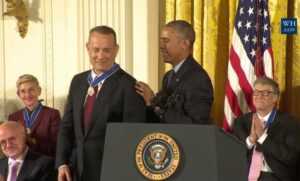 The difference, of course, is the nature of those consequences.  Also, of course, their scale.

If a healthy person takes an herbal supplement to “support good prostate health” and it has no impact on anything, who cares?  They were healthy before, they’re healthy afterward, and they’re just out a few bucks.  Even if it causes a side effect, it affects only that one person.  They tried a treatment with no proven record of success because they didn’t care about the consequences (because they were healthy).  They’re still healthy now.  So no big deal.

But if enough people vote Democrat because they don’t care about the consequences of leftist policies for whatever reasons, then everyone – and I mean everyone – suffers.  It affects all of American society and much of the world.  It’s a big deal.

When you’re making decisions about your health, you should study your options, and consider only solid data from reputable sources in your decision making. 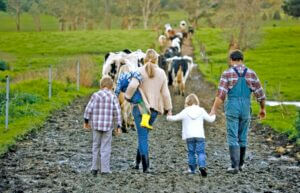 When you’re making decisions about the health of our nation, you should do the same thing.

Some people do – those who think that the problems we face are threatening, but potentially fixable.

Others are unconcerned with the consequences of therapies with no data supporting their use.  Like leftist policies, for example.

In medicine and in politics, those who feel completely secure and those who feel utterly hopeless tend to be less concerned with long-term consequences.  Which can lead them to make careless, even dangerous, decisions.

I hope that as the consequences of leftist policies come into clearer focus during the Biden administration, more people will realize that the problems facing us are threatening, but potentially fixable.

Then, and only then, those people will become concerned about the consequences of the leftist policies they have supported in the past.

Then, and only then, those people will put more effort into avoiding careless, even dangerous, decisions.

Then, and only then, things can change.