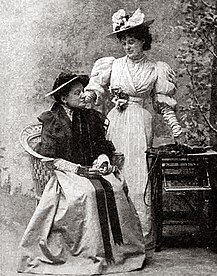 Miss Prism in The Importance of Being Earnest, by Oscar Wilde:

The good ended happily, and the bad unhappily. That is what Fiction means.

I have often failed to find this line funny because I find it so easy to think of it as just a straightforward statement of how fiction should be written. Plato’s Republic suggests exactly this, and Oscar Wilde was too smart to not know it.

Yes, Oscar Wilde was definitely playing with Plato here: In Socrates’ suggested strategy for the Aesopization of poetry, the good must end happily and the bad unhappily in fiction.  And I’ve always thought that this is actually the default way for fiction to go–at least children’s fiction.

Yes, I know, I know–the world isn’t quite that simple, and the good suffer, and the bad seem to prosper sometimes, etc., etc. Plato was well aware of that issue–ask me about Book X of the Republic sometime!  And I’m way ahead of you, actually.  In this article, I wrote about these complexities of the real world, Plato’s Republic, Plutarch’s response to Plato, the reimagined Battlestar Galactica, and more!

But of course, the line actually is funny if you read it the right way, especially if it’s delivered well, which I’m not quite sure I did myself.

My senior-year English class put on this play, and some of the guys had to play female roles.  Say what you like about Judy Dench’s Lady Bracknell, but I say Kevin’s Lady Bracknell was even better.

Next time we’ll try with a splendid one-liner playing with Aristotle!  Until then, here’s Miss Prism from the 1952 version, and the line is delivered admirably: