I no longer regularly browse Twitter, but a recent thread by Glenn Greenwald caught my attention. It accords with Power Line’s The Three Whisky Happy Hour: Election Schadenfreude Edition. There, Steve Hayward and “Lucretia” called on a 2023 Republican congressional majority to hold aggressive hearings, hauling all the major media bosses in front of them to make them squirm over the past five years of lies and deep deception. They took as their touchstone Big Story, the important history of our media (deliberately?) grossly misreporting the Tet Offensive, thereby turning the American public against the war for the first time, to the advantage of the Vietnamese communists, Mao, and the USSR.

In that context, consider Glenn Greenwald‘s story in several tweets.

Good morning. I’d like to make 3 points: 1) The vast majority of disinformation, propaganda and lies that flooded the country over the last 5 years did not come from MAGA boomers on Facebook or 4Chan teenagers but the largest and most influential liberal corporate media outlets.
6:15 AM · Nov 7, 2021

2) These are not cases where media outlets erred. They deliberately lied. The way to know that is they refuse to acknowledge evidence proving they lied. Remember they just *ignored* @SchreckReports book proving the Biden emails were real. Now this: 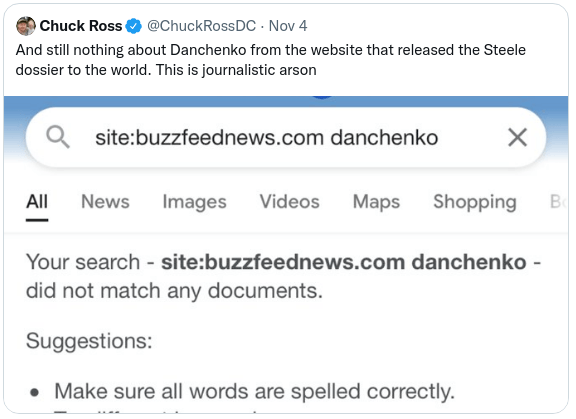 3) By far the best and most accurate reporting on all matters relating to Russiagate came not from the liberal corporate outlets that want to censor the internet in the name of disinformation or which shower themselves with Pulitzers for lies, but from the right-wing press.

The reporters who know most about Russiagate and did distinguished facts from lies — @ChuckRossDC, @MZHemingway, @JerryDunleavy, along with a few young journalists who risked their careers in left-wing media: @aaronjmate
& @mtracey — are the ones you’ve been told to ignore.

A few people objected to my statement yesterday that hatred of them is just. Think about this: they spent weeks before the 2020 election spreading the CIA lie that the Biden emails were “Russian disinformation,” but when a POLITICO reporter disproved that, they ignored his book.

These are the world’s most pompous, smug, self-righteous people. They never stop telling they’re the guardians of democracy and truth. But then when they get *caught lying* — when irrefutable evidence emerges debunking their lies — they ignore it. How is that not contemptible?

I’ve been a vocal critic of liberal corporate media since I began writing 15 years ago – it’s why I started – and especially so the last 5 years. But that escalated when they just *ignored* @SchreckReports ‘ book proving they lied about the Biden emails.

New Proof Emerges About the Hunter Biden Laptop: a Definitive Account of the CIA/Media Fraud

We all know exactly which outlets and media personalities spent the weeks before the 2020 election spreading the CIA’s lie: the Biden emails were “Russian disinformation.” They know who they are. How do they sleep knowing they lied about this, then ignoring this book proving it??

And now that the real facts about the [REDACTED] Russiagate fraud are finally emerging — the people who concocted it are getting arrested and the media propagandists they used are exposed — this is the only acknowledgment and self-critique we’re going to get. Just: “whoops”: 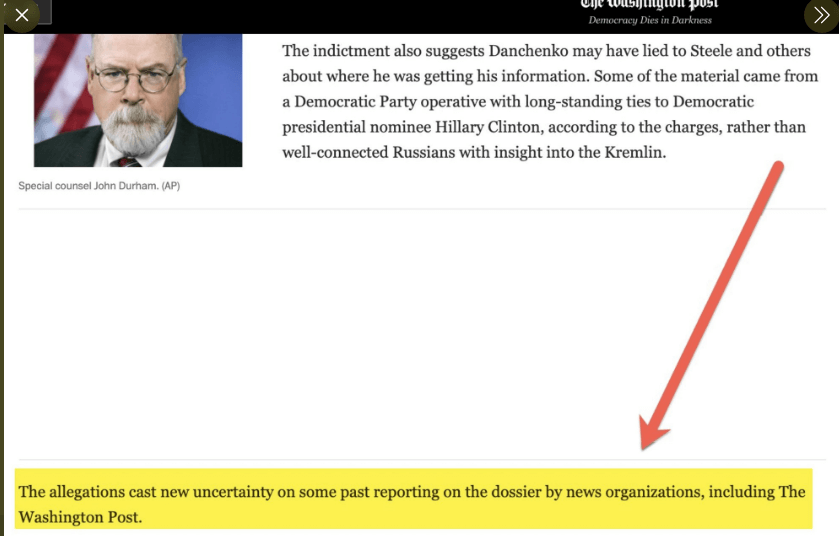 Glenn Greenwald has the receipts,* in popular jargon. Add this now to the 2023 Republican agenda. Look for “leaders” who sign onto aggressive hearings now. If the Democrats can conduct January 6 hearings, there is some colorable “legislative purpose” to investigation of media corporations’ willful or somehow disastrously (for the republic) yet fortuitously (for the left) wrong, all in the same direction for five years, with extensive coordination with one political party and federal executive agencies.

I note that much of the same gang benefited as in 1968: the Chinese communists and the Russian regime.

* Evidence or proof. Often in the form of screenshots or saved snaps.