A left-wing group published the addresses of the conservative members of the Supreme Court and also John Roberts, encouraging their comrades, perhaps, to engage in some “mostly peaceful protesting.” Through its official spokesperson and soon-to-be objective MSNBC journalist, the Brandon presidency has made it clear they have no problem with people intimidating Federal judges. (“But muh Rule of Law!”)

So, what is the clown college CNN network worried about? “Potential right-wing violence.”

Join Greg and Rob Long as they hope reports of major downsizing at public schools over shrinking enrollment means public schools will need to compete for students and provide a much better education. They also cringe as Biden official Samantha Power seems happy that farmers are getting crushed by much higher fertilizer prices because it will accelerate the government’s green agenda. And they shake their heads at the administration’s latest COVID hypocrisy at the border.

Hubwonk host Joe Selvaggi talks with Matthew Hennessey, Wall Street Journal editor and author of Visible Hand, A Wealth of Notions on the Miracle of the Market, about how the principles of economics manifest themselves in our every day lives and how we can use that insight to better understand our personal and civic choices.

Let’s all clap and feel good about our devotion to each other and our utterly correct view of the Stupid-American Community: 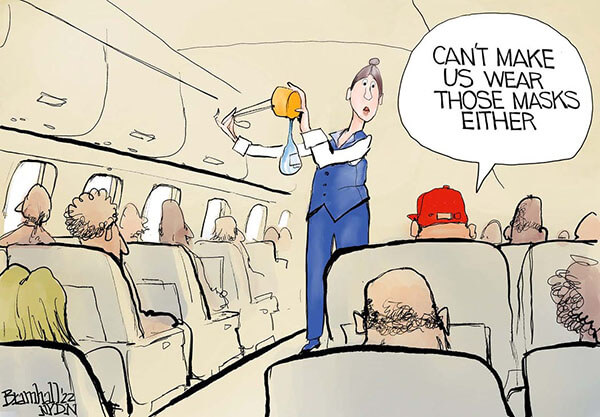