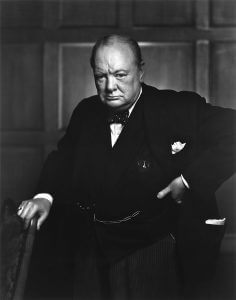 “Our Constitution was made only for a moral and religious people. It is wholly inadequate to the government of any other.” — John Adams

“Socialism is the philosophy of failure, the creed of ignorance, and the gospel of envy.” — Winston Churchill

“I believe in returning the nation’s wealth to its rightful owners.” — Barack Obama

“When the people find that then can vote themselves money, that will herald the end of the republic.” — Benjamin Franklin

The idea that socialism will destroy a society is not new. God himself warned people about this, in the 10th commandment. Which is probably one reason that socialists often abandon conventional religion, creating a sort of religion of their own, which is based on taking from the unpopular and giving to the popular. Or, put more succinctly, their religion is based on coveting their neighbors’ stuff. As Winston Churchill put it, “…the gospel of envy.”

We are the ones we’ve been waiting for. The “rightful owners.” My heavens. That should send chills down your spine.

Taking things from people we don’t like, and giving it to people we do like. Using the power of government to not just rationalize, but enforce widespread theft, extortion, bribery, and blackmail. President Obama, and most modern American Democrats, worship “…the gospel of envy.” And because we’ve trained our children that such behavior is actually virtuous, they worship this gospel openly and proudly. They run for office on the platform of “…the gospel of envy.” And they win.

There are some who wonder how all this will turn out.