As everyone knows, California is having another fun-filled recall election next month, and some recent polls show that Governor Gavin Gruesom is in trouble and may well lose. The way California’s recall works is that if a majority votes to recall the governor, the second step on the ballot is to choose a successor, and right now the list of people who have qualified for the replacement field is nearing 50. 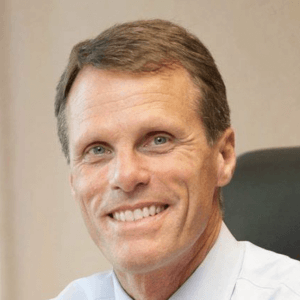 Although there are a number of half-known Republican candidates on the hustings, our favorite is Ted Gaines, who happens to be the highest ranking Republican in state office just now. If you haven’t heard of him, it’s because his office is at the State Board of Equalization, which is a body that normally escapes much public attention for reasons explained at the beginning. Ted has also served as a state senator, Assemblyman, and Placer County supervisor.

He also happens to be one of my oldest friends, and I’ve been urging him to think about running for statewide office for several years now. So I was delighted when he called up to say he decided to throw his hat in the ring for the recall, and in our conversation we walk through some of the main issues facing the state, but also reminisce about some of the old days, such as how, as college students, we both discovered and thrilled to Milton Friedman, among other important conservative thinkers.