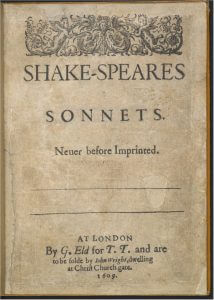 My mistress’ eyes are nothing like the sun;
Coral is far more red than her lips’ red;
If snow be white, why then her breasts are dun;
If hairs be wires, black wires grow on her head.
I have seen roses damasked, red and white,
But no such roses see I in her cheeks;
And in some perfumes is there more delight
Than in the breath that from my mistress reeks.
I love to hear her speak, yet well I know
That music hath a far more pleasing sound;
I grant I never saw a goddess go;
My mistress, when she walks, treads on the ground.
And yet, by heaven, I think my love as rare
As any she belied with false compare–William Shakespeare

I’ve always thought of this poem as vindication for the rest of us.  One for the ladies who’ve always smiled, then shrugged, at a thousand years of poetic conceits they can’t possibly delude themselves into believing apply to them.  One for those of us who grew up feeling pretty secure about our faces and our bodies, and whose parents told us we shouldn’t have to make up, dress up, or pout like a Hollywood starlet in order to “catch” a man; and that if that’s what it took, such a man wasn’t worth catching, anyway.   One for those of us who were taught that life would take its course, that love would come one day, and that if we were kind and decent with each other, we’d happily and gracefully grow fat and decrepit together.

One for those of us who, when we walk, “tread on the ground.” And know it.

This sonnet, and 153 others, were first published by Thomas Thorpe, 412 years ago today, on May 20, 1609.  Today, only thirteen copies of the original run survive.  Although there’s been much speculation that the quarto was published without Shakespeare’s consent, the British Museum website concludes that Shakespeare did agree to the edition, but that there may have been some issues with the manuscript which caused inconsistencies and deviations from his original words. 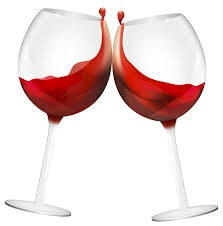 **The poet’s use of the word “reeks,” as applied to his beloved, may be a bridge too far.  Even for me.  Perhaps it’s a portent that, ultimately, things aren’t going to go so well for this unfortunate pair.  Still a good poem, though.

Published in General
Tags: 2021 May Quote of the Day, dark lady, Shakespeare, sonnets