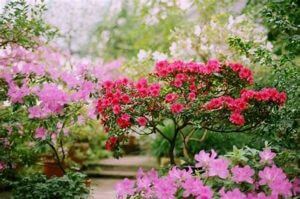 “The supermarket is a wonderful invention – efficient, convenient, virtually unlimited choice, and everything squeaky-plastic clean. Here you see the delightful weekly alternative: the weekly market in the village of Cucuron, where the stalls are set out around the shimmering rectangle of one of the biggest ‘bassins’ in Provence. It’s true that you won’t find here the essentials of modern life. This isn’t the place to come for canned and deep-frozen products, dishwashing liquid, pre-packed dinners for two, or deodorant.

But if your shopping list includes fresh fruits, fresh vegetables, local cheeses, the odd curious kitchen gadget, a variety of sausages, ham on the bone, and wine from the village ‘merchand de vins’, you won’t be disappointed. And even if you buy nothing except a cup of coffee in the market cafe, you will have spent the morning in lyrical surroundings you won’t forget for a long time.” from My Twenty-five Years in Provence by Peter Mayle. 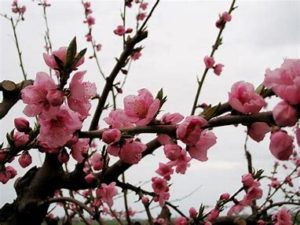 Buy local produce this year and cheer the season of renewal with a glass of wine!  See you next year Punxsutawney Phil! 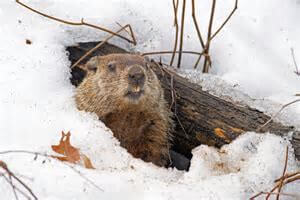