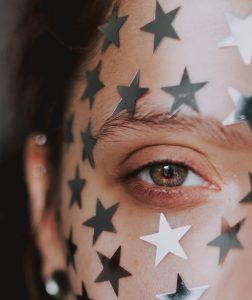 I’m taking a series of writing courses from a genius.

And his wisdom is thick and nuanced.

It’s good. The philosophy he shares calls me out on all my crap; crap that I didn’t know I had.

No, it’s not one of those courses where you walk in and are told that you’re something you never knew you were and there’s no way you can do anything about it because it’s baloney anyway.

It’s the kind of philosophy that first awakens and then torpedoes those pesky unconscious paradigms that have formed over time. The personal ones … the ones that you know when you hear them, that they apply to you. You know what I mean. Words that cause a vibration in your soul … words that resonate.

In a way, we are kindred spirits, but only I know that. The only interaction I have with him is when he provides feedback about my assignments or when I ask him a question, which is rare. Wouldn’t want him to think I’m a ding-dong (this, ladies and gentlemen, is a symptom of the problem).

Each course is six weeks long and there are countless options. Sometimes I stumble into a workshop that’s not quite what I expected, like the one I just enrolled in. It’s called Attitude. I thought it was going to be about character attitude.

Nope. Not one little bit.

Yesterday morning when I logged into the Attitude course for the first time and began watching the videos, I realized there’d been some kind of divine intervention. I had considered skipping the next six weeks because the holidays are fast approaching and … well, you know … I wanted to manage my stress. Which is really a stupid thing to say, because …

What happens when you decide to focus on managing your stress?

YOU MAKE IT WORSE!

Yikes! He got me again.

If you ever meet me in person, there’s a better than even chance you’ll notice that I’m standoffish, aloof, confident, and busy-busy-busy. I’m not really. I just live in my head. I don’t put much effort into offering social grace or being polite because … well … I’m obtuse. I am always surprised when someone tells me that I used to intimidate them.

It’s hard being me.

What do I think about? Systems. Problems with systems. Why those problems exist. How to fix those problems. And, what I can do to help.

The problems that fascinate me the most are the biggest ones, the ones that drive everything else within the context of whatever system I happen to be fixated on. At the moment, I’m fixated on the existence and patterns of humanity, and the questions of meaning that transcend man’s intellectual capacity to answer.

I used to fixate on more concrete, practical, and immediately relevant problems. And then I decided to become a writer. This is what happens when you’ve been working in a methodical way towards a series of life goals that are practical, relevant to the here and now, and achievable with hard work and determination, and then suddenly, you decide to retire and switch careers. And then you realize that your opportunities to effect change and help bring improvements have dried up, but you’re still the same person with the brain that’s constantly trolling for problems to solve so as to make the world in question a better place.

And with the drying up of those opportunities to solve stinky problems, there is also no longer any validation of your worth as a master problem solver. Or a person.

So, then you start searching for ways to get it back because, as we all know, we all have a deep-seated need to find purpose in our lives. The purpose itself doesn’t always matter. What matters is that we have one. We’re wired for it. And through living on purpose, we are validated.

Every morning, regardless of when and why I wake up, my youngest daughter tiptoes in, follows me around and, if I’m returning to bed to sleep off my daily morning headache, she tucks me in. She pulls my fuzzy blanket up and over me, smooths it out, pats my tummy with a nod of her head, and then toddles out of the room back to her own bed.

Every day that she’s not at school, which is most days, she sits at her end of the table with her computer and watches me. Given the chance, she will do a Vanna White sweep of her hand, gesturing toward the chair at the other end of the table, beckoning me to get my computer and sit with her so that we can do our work together … because, according to her, we’re the same person.

Every late afternoon when I’m in my office wrapping up, she will come in, wave me over, and then turn around, offering her back for a piggy back ride into the great room for dinner. At 4’8” and 85 pounds, she’s tiny – the same size as her birthmother. I just pretend to ride her back, clopping my feet on the ground like a horse.

The other night, I mentioned this mother-daughter dynamic to my husband, telling him that I even if I set my alarm for 4 am to beat her out of bed, it wouldn’t matter. She is always there.

He said, “We all have our purpose.”

And I didn’t know it. My ego didn’t want to accept it.

My daughter is fifteen. We adopted her at birth. Her mother was from Guatemala, smuggled into the United States by coyotes who repeatedly raped her. When she arrived, her mother and brother, who were already here, took turns beating her. The coyotes had to be paid, so she needed to work. She hid her continuing pregnancy by binding herself up with an ace bandage until she was 8 ½ months pregnant. Forced at that point to find a safe haven, she took courageous action and found someone who was willing to help her.

The image of her skull taken at birth shows a black void where the brain should have been. Although it was difficult to see because of the significant buildup of fluid pressure, it appeared that her brain’s left hemisphere was missing. The doctors didn’t want to venture a guess as to how it happened, but the person most familiar with it, the person who gave her safe haven, believed it was a result of the repeated beatings.

So, get this: At birth, her APGAR scores were normal. Her motor movements were symmetrical. She looked like a normal newborn except for the bulging fontanel (the spinal fluid pressure had compressed the right hemisphere into a narrow sliver of matter running along the inside wall of her skull).

A shunt was installed a few days into her new life and we brought her home a couple of days after that. The ride since then has been extremely bumpy. Through it all, she has been a fighter, a lover, and a presence that sometimes feels divinely blessed.

Today, she doesn’t speak, but she understands everything. She laughs easily. In fact, she smiles so much that her face is nearly frozen into a smile. We do facial exercises that release the tension so that she can close her mouth and stop the steady flow of drool down her chin. I can’t tell you how much time I spend mopping the hardwood floors.

She has CP, suffers from seizures, and sometimes her shunt malfunctions, sending us into emergency neurosurgery. That hasn’t happened since 2013, a good thing (aside from the earthquake that night, wreaking havoc with the IV carts and hospital room fixtures).

She’s also undergone multiple cranial reconstruction surgeries to make her tiny head larger (the shunt reduced the pressure a little too much, allowing her growth plates to fuse prematurely, leading to microcephaly). The fighter that she is, her brain has insisted on growing and developing despite the missing matter, yet as it has, it has also often robbed the shunt of the essential skull space needed for it to function properly. She underwent emergency shunt revision surgery an average of every six weeks in 2009, the year I launched a new consulting firm. I no longer have that firm. God had other plans.

Even with all of this, these harrowing challenges that would have taken me out years ago, she loves. And she loves abundantly, demonstrating an uncanny sense of how others are feeling, and anticipating their needs without any outward signs or words from the one in need. It’s divine love.

This is what I call a BFOTO (Blinding Flash of the Obvious). Despite her constant presence, I have failed to see that I’m the one who gets her loving attention.

If that’s not enough, there is something really wrong with me.