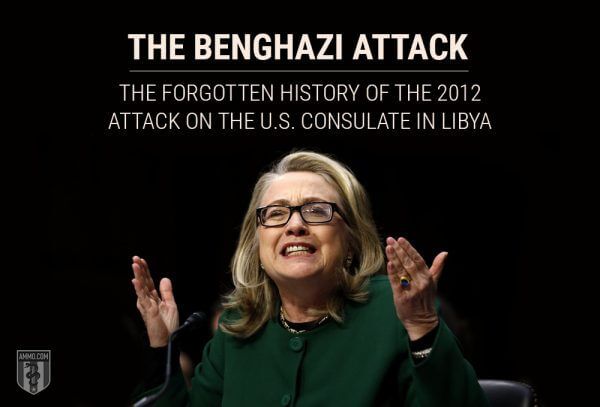 Early Rumblings of Disorder in Benghazi

Trouble started in April 2012. This was when two former security guards of the consulate threw an IED over the fence. No casualties were reported, but another bomb was thrown at a convoy just four days later. Soon after, in May, the office of the International Red Cross in Benghazi was attacked and the local al-Qaeda affiliate claimed responsibility. On August 6, the Red Cross suspended operations in Libya.

This was all part of a troubling escalation of violence in the region. The British Ambassador Dominic Asquith was the victim of an assassination attempt on June 10, 2012. As a result of this and of rocket attacks on convoys, the British withdrew their entire consular staff from Libya in late June of that year.

American military and consular personnel on the scene were increasingly troubled by the situation and communicated their concerns to top brass through official channels. Two security guards in the consulate noticed a Libyan police officer (or at least someone dressed as one) taking pictures of the building, which raised alarms. Indeed, consular officials had been requesting additional security as far back as March.

On June 6, 2012, a large hole was blown in the wall of the consulate gate. It was estimated that 40 men could go through the hole in the wall. In July, the State Department informed officials on the ground that the existing security contract would not be renewed. On August 2, Ambassador Stephens requested additional security detail. The State Department responded by completely removing his security detail three days later. Three days after this, his security detail had left Libya entirely. On August 16, the regional security officer warned then-Secretary of State Hillary Clinton that the security situation in Libya was “dire.”

The Day of the Attack on Benghazi: The Cover-Up Begins

The September 11, 2012 attack was actually two attacks by two separate militias. The first was the attack on the diplomatic mission, the second was a mortar attack on the CIA annex. But the attacks themselves were effectively watched in real-time by the White House, thanks to security drones in the region. By 5:10 pm ET, President Barack Obama, Vice President Joe Biden, and Secretary of Defense Leon Panetta were watching real-time footage via a drone deployed to the area.

Half an hour later, the State Department officially refused to deploy the Foreign Emergency Support Team (FEST). FEST exists specifically for rapid response to terrorist attacks around the world and have special training with regard to defending American embassies. Within three hours, an Islamic group in the region had claimed responsibility for the attack. Approximately six hours after the first shots were fired, two former Navy SEALs who constituted the only serious defense forces for the consulate were killed by enemy fire. The surveillance drone had been watching them fight on their own for over two hours.

At 10:30 that night, Hillary Clinton nebulously blamed “inflammatory material on the Internet” for the attack. The notion that the attack was motivated by Innocence of Muslims was absurd: On the day before the attack, the leader of al-Qaeda in the region called for vengeance due to the death of his secretary. Three days after the attack, Stephens’ personal diary was found unsecured, along with all the other sensitive intelligence information in the compound.

For days, the film was blamed despite the White House having full knowledge that it was a terrorist attack. Indeed, on September 14, Barack Obama promised the father of one of the slain Navy SEALs not that he would bring to justice those who planned the attack, but the man who made the movie.

On September 20, 2012, the White House spent $70,000 on apology videos for the film. One day later, ten days after the attack, Clinton admitted to the public what she had known for over a week: That this was a coordinated terrorist attack. However, on the 25th, President Barack Obama addressed the United Nations once again blaming the video, giving what is perhaps one of the more memorable quotes of his presidency: “The future must not belong to those who slander the Prophet of Islam.”

On September 27, 2012, Nakoula Basseley Nakoula was arrested in Los Angeles for parole violations, all of which were related to his production of the film and served a year in jail. He was later sentenced to death in absentia by the Egyptian government.

Barack Obama did not attend his daily intelligence briefing for six consecutive days prior to the attacks, instead campaigning for re-election against Mitt Romney.

Susan Rice, then acting as the United States Ambassador to the United Nations, made the rounds on no fewer than five major Sunday morning talk shows, a process known as “the Full Ginsburg.” On these shows, she was armed with a set of talking points from the CIA. These talking points included the false assertion that these were spontaneous protests inspired by similar protests against the American Embassy in Cairo, with no connection to institutional terrorism.

The Rice appearances and the talking points she was provided with further confirm a general pattern: The Obama Administration was fundamentally incapable of acknowledging who the real enemy was. And when things went wrong, the focus was not on setting them right to protect Americans in the future, but on protecting the image of the Obama Administration – most notably the President and the Secretary of State. Hence the blame was shifted from Islamic terrorist groups onto a YouTube video.

Continue reading The Benghazi Attack: The Forgotten History of the 2012 Attack on the U.S. Consulate in Libya at Ammo.com.