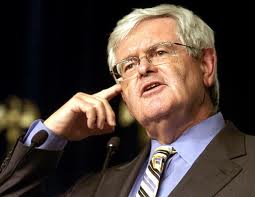 The Mitt Romney video that Ben Domenech has posted below deserves attention. It demonstrates – if the point needs demonstrating – that Romney is a managerial progressive. His initial response to Obamacare was to want “to repeal the bad and keep the good,” and among the things he thought good about the President’s healthcare reform were the incentive structure (i.e., the individual mandate enforced by fines) and the provision that insurance be provided to those with pre-existing conditions who had not seen fit to pay for insurance when they thought that they were healthy (i.e., making the responsible pay for the irresponsible). In short, Governor Romney sees us as children who need to be policed in a thorough-going way for our own good. His objections to Obamacare are those of a social engineer. This is the real Romney. The fellow now calling for the wholesale repeal of Obamacare is, as I have argued at length in an earlier post, a chameleon. He will do what he needs to do to attract our votes, or, at least, in his awkward, inept way, he will try. And in this one particular he may feel bound to keep his promise. But once in office – like Eisenhower, Nixon, Bush One, and Bush Two – he will drift into extending the power and scope of the administrative entitlements state. In most regards, he will consolidate what Barack Obama has initiated.

I would like to think that Newt Gingrich represents a genuine alternative. His record in office as Speaker of the House of Representatives is much more conservative than Mitt Romney’s record as Governor of Massachusetts. But his record since then is even more disappointing than I thought it was when I described him as the wild card.

I was inclined to give Gingrich the benefit of the doubt with regard to the consulting work that he did for Freddie Mac. I was wrong. As The Wall Street Journal points out in an editorial in this morning’s newspaper, Gingrich publicly defended both Fannie Mae and Freddie Mac as late as April, 2007 when he remarked, “While we need to improve the regulation of the GSEs, I would be very cautious about fundamentally changing their role or the model itself.” He defended Fannie and Fred on the ground there are times “when you need government to help spur private enterprise and economic development,” and he described himself as being “in the Alexander Hamilton-Teddy Roosevelt tradition of conservatism.”

As the Journal points out, Gingrich was notably silent when Congressman Richard Baker, Senator Richard Shelby, and Bush White House aide Kevin Marsh went to “the barricades” in an attempt to force a reform of Fannie and Freddie:

As for the destructive duo’s business model that Mr. Gingrich said he didn’t want to change, this was precisely their problem. Far from a private-public partnership, they were private companies with a federal guarantee against failure. Their model was private profit but socialized risk. This produced riches on Wall Street and for company executives. But taxpayers bore the risk of loss—to the tune of $141 billion so far. Why does the historian think they were called “government-sponsored enterprises”?

The real history lesson here may be what the Freddie episode reveals about Mr. Gingrich’s political philosophy. To wit, he has a soft spot for big government when he can use it for his own political ends. He also supported the individual mandate in health care in the 1990s, and we recall when he lobbied us to endorse the prescription drug benefit with only token Medicare reform in 2003.

As late as Thursday night’s debate, Mr. Gingrich was still defending his Freddie ties as a way of “helping people buy houses.” But that is the same excuse Barney Frank used to block reform, and the political pursuit of making housing affordable is what led Freddie to guarantee loans to so many borrowers who couldn’t repay them. Yesterday’s SEC lawsuit against former Fannie and Freddie executives for misleading investors about subprime-mortgage risks only reinforces the point.

In short, Gingrich is a lot like Romney. Neither man recognizes that the source of our problems is government meddling and the distortion that this produces in what would otherwise be a free and relatively efficient market. What they think of as a cure is, in fact, the disease. Fannie and Freddie, with the help of a Federal Reserve Board that kept interest rates artificially low for a very long time, produced the subprime mortgage bubble and the subsequent economic crash. If healthcare is outrageously expensive and health insurance can be hard to get, it is because of the manner in which the federal and state governments structure and regulate the market. What these managerial progressives in their desperation to manage the lives of the rest of us fail to understand is that the intellectual presumption underpinning the aspiration to “rational administration” that they embrace is the principal cause of our woes.

Romney can perhaps be forgiven for his folly. He is not an especially well-educated man. He is the son of a businessman, and he is himself a business-school product. He understands management; he believes in management; and he is ready, willing, and able to manage our lives for us. Like many Republicans of similar background, he has given next to no thought to first principles.

For Gingrich, there is no excuse. He poses as an historian, and he was trained as one. He is a lot more thoughtful than Romney, a lot more imaginative, and a lot better informed. But he also lacks perspective – for he has been inattentive to the American Founders. Or he has read them through the eyes of the Progressive historians of the early part of the twentieth century.

Alexander Hamilton and Teddy Roosevelt do not belong together. The former was an exponent of natural rights and an advocate of limited government; and, despite their differences, he had far more in common with James Madison and Thomas Jefferson than with the Progressives of a later day. In office, Jefferson and Madison embraced much of what they had once found objectionable in Hamilton’s program.

Teddy Roosevelt was in no way a conservative. He was a sharp critic of the American Founding and of the Constitution it produced. He was prepared to jettison natural rights and limited government, and he did so in a dramatic fashion ninety-nine years ago when he ran for the Presidency as the nominee of the Progressive Party on a radical platform advocating the creation of what is now known as the administrative entitlements state.

A few weeks ago, Robert K. Landers reviewed in The Wall Street Journal a book by Scott Farris, entitled Almost President: The Men Who Lost the Race and Changed the Nation. Among the influential losers discussed in the book was Thomas E. Dewey, who ran unsuccessfully against Franklin Delano Roosevelt in 1944 and Harry Truman in 1948:

“Dewey, along with his protégés Dwight Eisenhower and Richard Nixon,” Mr. Farris writes, “moved the Republican Party away from an agenda of repealing the New Deal to a grudging acceptance of the permanent welfare state.” Dewey—who had been a nationally renowned prosecutor and then a three-term governor of New York—called himself a “New Deal Republican.” He favored the pursuit of liberal ends by conservative means. “It was fine for the federal government to initiate social reforms, Dewey believed, but those reforms should be implemented at the state or local level, and they should be funded in a fiscally responsible manner that did not increase the national debt.”

Dewey was the heir of Teddy Roosevelt and Herbert Hoover, as was every Republican Presidential nominee since his time – apart from Barry Goldwater and Ronald Reagan. Mitt Romney and Newt Gingrich are cut from the same cloth. As New Deal Republicans, they are peas in a pod, and they have a lot more in common with Barack Obama than with Alexander Hamilton.

It is a scandal that the Republican Party cannot do better than these two at a time of opportunity like the one in which we live.