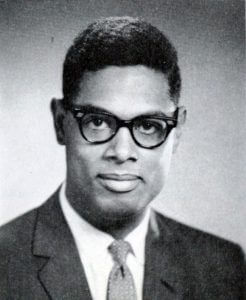 It’s strange that conservatives don’t believe in heroes. You would think that our focus on preserving that which is good in humanity would turn our gaze toward those who have come before. But it is progressives that claim that one reason for the lack of success among certain groups is due to a lack of role models. Not me. I grew up as an aspiring athlete. I had a weight bench in my bedroom during junior high. All I did was work out. All I wanted was to be a great athlete. My father was a great athlete, but I didn’t even know. Partially because I didn’t care, and partially because he never felt the need to point that out to me. All I knew was that I was going to be a great athlete. I admired the tough guys – Pete Rose, Mike Ditka, etc. These were not necessarily nice people. I admired their accomplishments, but I had no desire to model my life after theirs. I don’t believe in heroes.

My parents are without question the most extraordinary people I’ve ever met. But the most extraordinary person I’ve never met is Thomas Sowell. I consider him to be one of the greatest thinkers of the past couple hundred years. And one of the great men of the past couple hundred years. And he’s an American citizen. And nearly all American students have never heard of him. This is extraordinary. Allow me just one brief essay on one of my very few heroes.

Mr. Sowell was born in Gastonia, NC in 1930. His father died before he was born. His mother was a maid who already had four children, and sent her various children off to be raised by various family members. Mr. Sowell’s parents died at ages 29 and 31. He discovered much later in life that he was an orphan, never having known his parents. Mr. Sowell’s great aunt and her two daughters raised him in Harlem, NY. He was the first in his family to study beyond the sixth grade, but dropped out of high school at age 17 to work to support his family. He was a great athlete, and tried out for the Brooklyn Dodgers in 1948, but did not make the team. Some say racism may have played a role in that decision. Mr. Sowell points out that he would have made the team if he was a better baseball player.

A conflict of visions, if you will. 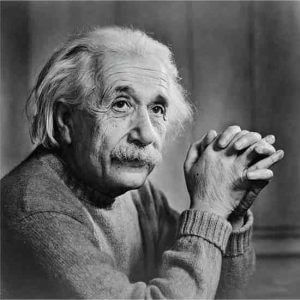 He was the first to describe what he called “Einstein Syndrome.” His son learned to speak late but had remarkable skills with math and abstract reasoning. Mr. Sowell did the research, found similar kids all over the country, and pointed out that they did not have Asperger’s Syndrome, but rather a previously poorly understood condition. Einstein was presumed to has Asperger’s as a child, and Mr. Sowell has demonstrated that this was not the case. Physicians of the day simply did not understand what they were seeing.

I have this syndrome (but not Mr. Einstein’s skill in theoretical physics), and Mr. Sowell’s writing on this topic was the first of his books that I read, on the recommendation of a psychiatrist friend of mine. I did not enjoy the book (his descriptions of those with this syndrome hit too close to home for me), but my wife did enjoy the book, and kept looking over the book at me and nodding her head, grunting, “Mm-hmm…” I enjoyed her reading of the book even less than I enjoyed reading it myself.

Thank you very much, Mr. Sowell.

His book, “Conflict of Visions” is the most brilliant book I have ever read. Anything which can compete with Machiavelli’s “The Prince” or Victor Frankl’s “Man’s Search for Meaning” is an extraordinary work. And it was written by an American, in 1987. And no American student has ever heard of it. This is extraordinary. 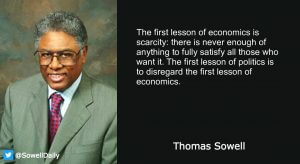 Let me say that again. This is absolutely extraordinary.

Mr. Sowell has also written around 60 books and innumerable newspaper columns. Every time I read something of his, I learn something. Every single time. A debt for which I am eternally grateful.

I think one reason that he is not acknowledged as a great philosopher is that he writes in language that anyone can understand. He takes complex topics and makes them sound simple. Which simplistic people mistake for simplistic thinking. Nothing could be further from the truth. This is a sign of genius.

It is the simplistic thinkers that take complex topics and make them sound even more complex. They conceal their simplistic thinking with complex language, which conceals their lack of understanding. Mr. Sowell reveals his profound understanding with his simplistic language. He has no need to conceal his meaning. Quite the contrary.

Such a blatant frontal attack on the absurdities of modern academia will not be suffered by our clown princes of the day. 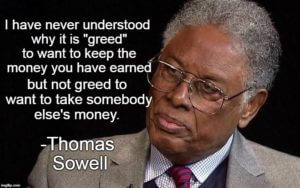 He cannot be debated, so he will be ignored. This offends me.

America has produced some extraordinary individuals, most of whom, we ignore. Everyone has heard of Mickey Mantle, and Barack Obama, and Michael Jordan, and lots of other American heroes. But we ignore many of the true greats. Those who will be studied hundreds of years from now, we ignore now. I suppose this is just the way it is. But it is hard for me to accept.

Mr. Sowell recently turned 90 years old, and just published a book about the American educational system that is nearly 600 pages long, and has a bibliography that is longer than any book Mr. Obama had written for him.

Please, Mr. Sowell, hang in there. You are more important than you are willing to accept. And most certainly more important than Americans are willing to accept. There are those who ignore you, because they prefer not to consider anything contrary to how they’ve been indoctrinated in the very educational system you criticize. But there are others. 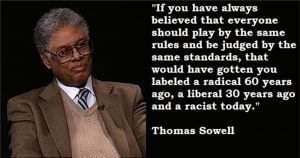 But, for what it’s worth, you’re my hero.