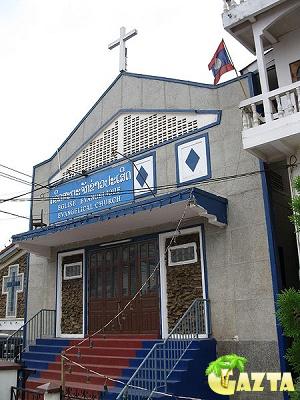 You do not need to care about the following stories from around the world. Chances are, they will never affect you. You probably can’t do a thing about them. All of this is happening far away.

I point these stories out simply because the world is interesting, or at least I find it so. And I point it out because it’s always worth pointing out that what’s in the headlines today is there only because some editor, somewhere, decided to make it news.

Two young News24 bloggers, Sean and Balstrome, each with little actual knowledge of either real Witchcraft or the underlying beliefs that motivate brutal witch-hunts globally, recently waded into the shallows on the conviction of Magalie Bamu and Eric Bikubi, who were found guilty of torturing and drowning Kristy Bamu (15), whom they accused of being ‘a witch’.

Both approached the subject with little sympathy for the victim of this tragedy. As an activist advocating for an end to witch-hunts and an actual Witch resident in Africa, I have good reason to take umbrage at bloggers (and journalists in general) who have used this case to pontificate on the merits of ‘belief in witchcraft’ and ‘African morality’ as if African Witches themselves were to blame for this example of child abuse. ‘Witchcraft’ murders? Hardly! Since both Magalie and Eric were Christians, why should copious headlines covering this story not read ‘Christians murder child’ instead?! The crime here is not one of identity, but one of accusation. Real Witches are not responsible for accusations of witchcraft; those who fabricate and perpetuate superstitious libel against Witchcraft are the enablers of witch-hunts!

Communist officials in Savannakhet Province, which is located in the south-central part of Laos, have confiscated three churches in recent weeks, according to Human Rights Watch for Lao Religious Freedom.

After calling residents in Kengweng to a seminar entitled “Tricks of the Enemy,” Communist officials ordered the Christian church closed and forbade the village’s 25 Christian families from gathering for worship.

According to Human Rights Watch for Lao Religious Freedom, Christians have been

restrained in wooden stocks, commonly used in Lao prisons and detention centers, sometimes combined with exposure to red fire ants, as a form of torture, according to rights investigators.

“The village authorities claimed that Christians due to their beliefs and practices in the Christian faith have violated the village’s ‘hiit’, the village’s traditional customs and spirit beliefs,” HRWLRF said in a statement to BosNewsLife. “If not admitting to the charges and paying fines, seven leaders will continue to be subjected to torture in wooden stocks.”

Socotra: The militarization of Paradise?

The Indian Ocean archipelago of Socotra is often described as an alien-looking paradise on earth. It also happens to be of immense strategic value to the U.S. and Asian nations. …

When a senior Papuan politician said recently that Papua was not ready for democracy I was mildly shocked. “The people are not mature yet, neither are the political elite. They are not ready to accept defeat, which results in them resorting to violence. Organizers of elections in the regencies are terrorized and intimidated. People are prone anarchic acts,” Yop Kagoya, the deputy speaker of Papua legislative council,told the Jakarta Post.

There’s no shortage of vociferous calls for self-determination for Indonesia’s easternmost region. But the more one reads the papers here, the more one tends to agree that if Papuan politicians and voters really want to determine their own future, inside our outside of the embrace of Indonesia, they have a bit of growing up to do. In Tolikara district, elections that have already been postponed for two years were put off again this month as running battles broke out between supporters of different candidates. Today’s paper reported 46 people killed in the last couple of weeks; the death toll in Puncak in recent months has been even higher. When I heard that the Vice Bupati (Vice Regent, i.e. Number Two in government) in Wamena, the biggest city in the populous highlands of Papua had been wounded by an arrow and his adjutant killed, I assumed they were attacked by political opponents. (In fact, they were trying to put a stop to a brawl that began with an unpaid motorcycle taxi fare, and turned in to a riot several hundred strong.)

CORRUPTION! From the Slovak Banana Revolution to the Gorilla Election:

Over Christmas, someone – we do not know who – leaked a wikileaks-style “Gorila file. The file, allegedly produced by the Slovak secret service, included summaries of wiretapped regular conversations between Slovak politicians, top public sector officials, and big business people, which allegedly took place in a flat owned by a former policeman. The flat is believed to be one of several used for such meetings, but it happens that a member of the Slovak secret service living next door noticed a lot of expensive cars rolling up, and alerted his boss.

The 100-page document, which describes the last years of the second Dzurinda government (2005-2006), shocked the Slovak public in an unprecedented way …

However, if it had not been for a Canadian investigative journalist, Tom Nicholson, who came to Slovakia and settled down during the Meciar era, many questions would have remained unanswered and the Gorilla scandal would have been communicated differently.

Interestingly, Nicholson has written a book on the scandal, but a Slovak district court banned it before it could even be published, after one of the tycoons mentioned in the Gorilla filed a legal suit.

Suddenly, without any warning, the police tear-gassed the crowd who were marching peacefully. Immediately thereafter, hundreds of police personnel armed with firearms and iron poles charged at the crowd. Blinded by the teargas, the workers tried to flee. Pradeep ran towards the factory, and later engaged in a sit-down protest campaign. But the police continued to advance further into the KFTZ and broke up the sit-down protest by charging at them. Some severely injured workers ran bleeding back to the Noratel factory. They barricaded the factory and shut its doors.

However, the Police stormed the factory assaulting the security guards who tried to intervene, and destroyed the factory’s security room. Then they fired tear gas inside the factory. The workers inside developed symptoms akin to asthma while several injured workers fled and took refuge in the production office on the upper floor by barricading themselves inside. There were around 75 workers. The Police then surrounded the production office, shouted at the workers in abusive language and ordered them to come out, failing which the police threatened to open fire.

The workers came out of the production room and were asked to fall in line. While they marched out in a line, police on either side of them assaulted them with iron poles and chains. They were repeatedly told in abusive language that they were only allowed to work, and not to strike. VADIA: Eight young women whose mothers are sex workers were married in a so-called “village of prostitutes” in India on Sunday under a plan to save them from being pushed into the world’s oldest profession.The event, held in the village of Vadia in the western state of Gujarat, was organised by Vicharta Samuday Samarthan Manch (VSSM), a non-profit group which works with marginalised nomadic communities.

In the far north of the country, a bloody war between government forces and the Kachin Independence Army (KIA), an ethnic insurgent group fighting for autonomy within a federal union, shows no signs of abating despite several rounds of peace talks and mediation efforts by foreign reconciliation outfits. In other parts of the country, fragile ceasefire agreements between the government and various other rebel forces have maintained a semblance of peace. As Myanmar’s history shows, ceasefires only freeze underlying problems and to date have not provided lasting solutions. There are still at least 50,000 men and women under arms across the country of ethnic resistance forces.

To address these underlying problems, Suu Kyi has called for the convention of a second “Panglong Conference,” in reference to an agreement that her father Aung San, who led Myanmar’s fight for freedom from colonial Britain, signed with representatives of the Shan, Kachin and Chin peoples at the small market town of Panglong on February 12, 1947. The agreement paved the way for a new federal constitution, which was adopted in September of that year and declared independence on January 4, 1948. …

And here, in Turkey, Ahmet Şık speaks upon his release from prison:

“Incomplete justice will not bring democracy and justice to this country. In my case, there are five imprisoned people on trial. More than 100 journalists are still inside. The matter of freedom of expression is not only a problem for journalists in this country. There are around 600 arrested students. There are more than 6,000 arrested in the KCK court case. These prisoners should be all be considered in the context of freedom of expression and thought. We will continue to fight this. You are going to say ‘When will justice be attained here?’ Those who have designed and executed this conspiracy–police officers, prosecutors and judges–are going to end up in jail. This I vow here. When they are inside, there will be justice in this country. Those who are connected to the cemaat, those who are connected to the mob will be put inside. I am recording this here. Because … I am saying it very clearly … There is something very clear here. Those who are responsible for this job, those connected to the cemaat, and I am not accusing everyone connected to the cemaat, but there are those who are from the cemaat and operate like a mob … those who are inside the police, the judiciary, the bureaucratic organization who are truly responsible for it.  And the one politically responsible for it is the AKP government for having allowed it to happen and kept quiet. But let everyone know, out of all this oppression and tyranny, a life which scares the ruling party, but also for which we yearn and will keep the struggle will emerge.”