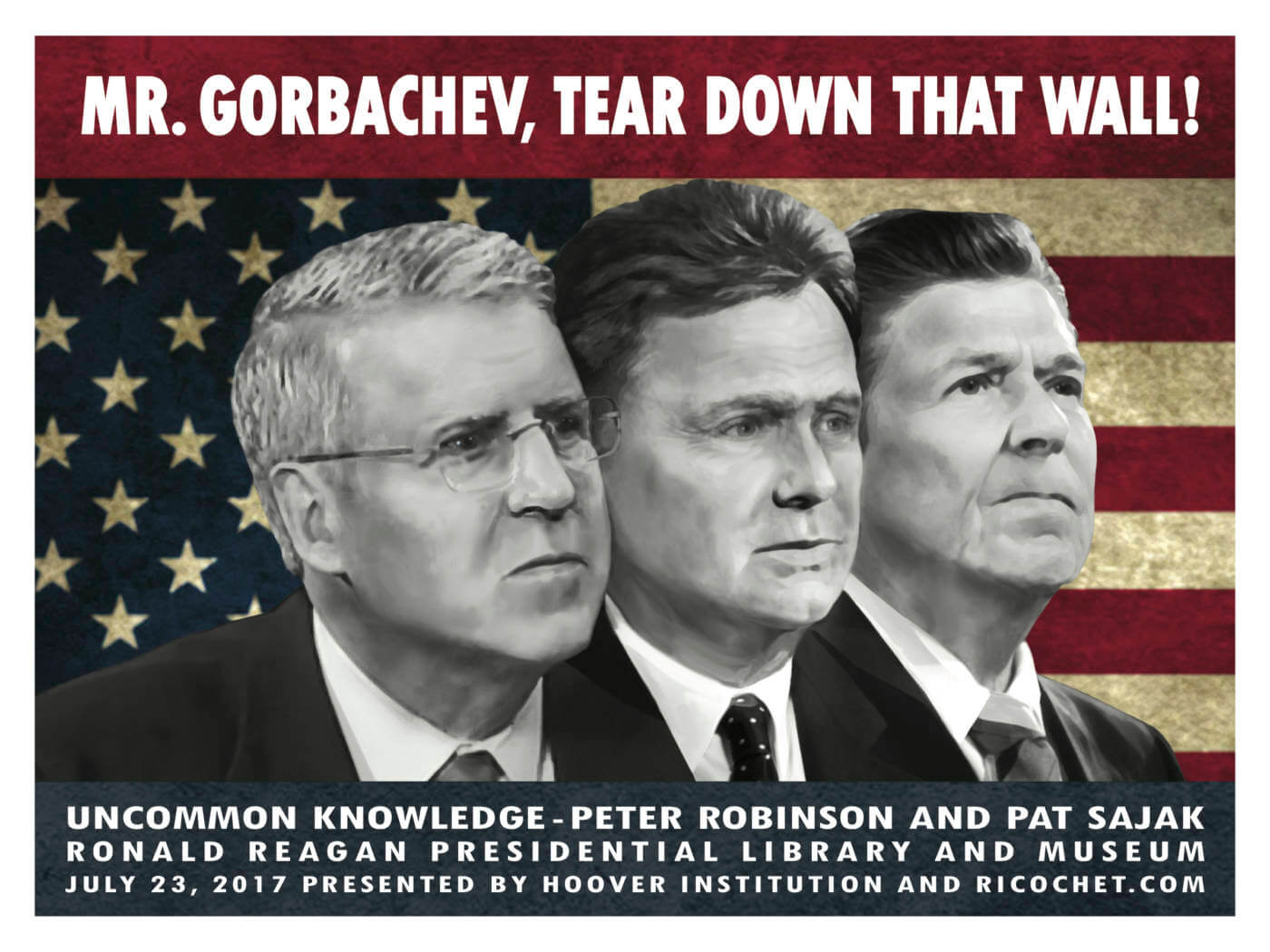 Attention all Ricochet members, especially those of you in the south west United States. On July 23rd at 4PM, all members are invited to attend a special taping of Uncommon Knowledge with Peter Robinson at the Reagan Library in Simi Valley, California. What makes this episode special? Next month marks the 30th anniversary of the “Tear down this wall!” speech given in Berlin on June 12th, 1987. We wanted to interview the writer of one of the 20th century’s most iconic speeches, but the writer of the speech is also the host of our show. What to do? Of course — HIRE SOMEONE ELSE! So, for this show, Ricochet’s own Pat Sajak (OK, he has another job too) will take the Uncommon Knowledge helm and interview the speech’s author, Peter Robinson, and you’re invited to watch the whole thing go down.

Ricochet Reagan and Thatcher members, you’ll receive special seating and all members are invited to join us at a special reception after the interview to meet Pat, Peter, and other Ricochet podcasters and contributors. Tickets will be available on the Reagan Library website. If you can’t make to California for this event, the show will be released on video a few weeks later.

This event is free for all Ricochet members. Not a member? What a great time to join.

Thanks to @ejhill for the illustration.