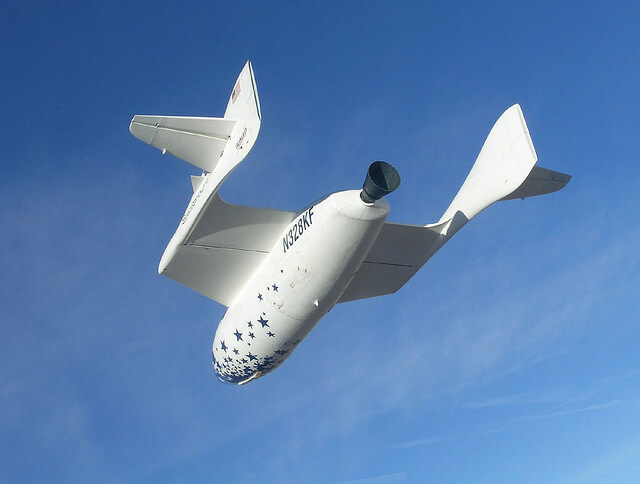 Saturday was the 57th anniversary of the first satellite in orbit, the Soviet Sputnik. It was also (not coincidentally, because the date was chosen) the tenth anniversary of the winning of the Ansari X-Prize, a $10M award for the first vehicle to fly into space (i.e., above 100 kilometers altitude) twice within a period of two weeks. On that date, a decade ago, SpaceShipOne made its second flight into suborbit and claimed the money (technically, it wasn’t won until a day later, because one of the prize rules was that the pilot had to survive at least 24 hours after landing, presumably to ensure that the landing was sort of “safe”).

I attended the anniversary celebration in Mojave, with a lot of people more luminary than me. My old (in both senses of the word) friend Alan Boyle at NBC (who was also in attendance) has the story.

After that historic flight, many expected that rides would soon be available to the public, with Richard Branson’s promise to fund a commercial version of the winning vehicle. His company, Virgin Galactic, took millions of dollars in deposits, and announced that the first customers would fly three years later, in 2007. But it has been a decade, and no passengers have yet flown. Over at Popular Mechanics, Michael Belfiore has the story as to why the promise remains unfulfilled.

The pilot that day, Brian Binnie, is no longer with Scaled Composites, who built the spacecraft, and has gone to work next door for XCOR Aerospace, who is developing their own suborbital vehicle, the two-person Lynx. I stopped by XCOR on Saturday morning before the event to see how it was coming along, and it looks like they have all the major components (cockpit, wings) that have been holding them up, and appear to be on track for flying the first prototype in the next few months. In any event, apparently, Brian now feels free to discuss the issues of the program:

“The delay in SpaceShipTwo has not been the development of either of the vehicles,” Binnie says. “But the rocket motor has just been problematic from the get-go.”

Those problems start with scale. Binnie says the company’s original plan was simply to scale up the design of SpaceShipOne’s motor to fit the larger SpaceShipTwo. “That sounded good to us. Our name was Scaled,” Binnie says. “Basically an airframe was built betting that the propulsion system would meet the demands that the requirements [for SpaceShipTwo] offered.”

Scaled Composites lost the bet. Binnie says every part of the original motor design has had to be revised from the ground up. Take the nitrous oxide tank, which had to be bigger while maintaining a high internal pressure, with the additional requirement that it hold up over the course of the many flights expected during commercial operations. In 2007, a version of the tank exploded during a ground test, killing three Scaled employees. The tank has since been completely redesigned.

The synthetic-rubber solid fuel in the motor is another problem for SpaceShipTwo. “It was full of instabilities initially,” he says. “We had startup instabilities and we had end-of-burn instabilities.” Even on SpaceShipOne, the uneven rate at which the solid fuel burned produced uneven thrust. That problem worsened on SpaceShipTwo. While trying to fix the problem, Binnie says, “we did everything but break down and pray to God to show us the light of day.”

This has been the inside story for years, as Doug Messier over at Parabolic Arc has been steadfastly reporting from Mojave. I’ve heard the same thing from my own sources, but this might be the first time that someone formerly on the inside has gone on the record with it.

Basically, the late Jim Benson of SpaceDev (now part of the Sierra Nevada corporation, which finally seems to have given up on its own plans to use a hybrid motor for its Dream Chaser vehicle) sold Burt Rutan a bill of goods with the hybrid, with claims of simplicity and safety. In fact, as many of us told him at the time, he’d have been a lot better off purchasing a liquid engine from XCOR, but they didn’t have a sufficient track record at the time for him to think they could meet the deadline to win the prize. Then, once they’d (sort of) succeeded in flying something into space, they continued on with what they thought they knew. They’ve been in a sunk-cost trap ever since, unable to get themselves out of the hybrid-propulsion rut.

As I’ve long noted, the delays in the arrival of commercial spaceflight have been a combination of people who knew what to do not having money, and the people who had money not understanding the problem, and being too arrogant to listen to the veterans. Only now is the crucial combination of money and know how finally coming together. Note that Doug also has a video on the webcast of the event, with a lot of war stories from Burt, Branson, Peter Diamandis, Anousheh Ansari (who funded the prize and for whom it was named), a representative of Paul Allen (who funded Burt’s efforts) and the pilots. Burt in particular was (as usual) quite unplugged. It’s a little over an hour, I think, but quite entertaining for those interested in that history, with a lot of new info about those events. Note particularly the awkward group hug of Burt at the end, orchestrated by Sir Richard, after some oblique criticisms of the latter by the former with regard to management style.

Per discussion in comments, there seems to be some confusion about the difference between high-altitude flight, suborbital flight, and orbital flight. As anonymous points out, orbital flight requires a minimum speed to sustain the orbit, but while that is necessary, it is not a sufficient condition. In fact, a flight can be suborbital with the same speed (energy) as an orbital flight. The best or, at least, most rigorous way to define a “suborbit” is an orbit that intersects the atmosphere and/or surface of the planet. So if you launched straight up at orbital speed*, it would still be a suborbit, because it would (after an hour or two, I haven’t done the math) fall back to the ground. So while John’s numbers in terms of comparative energy are roughly correct for the particular vehicles being discussed here (XCOR Lynx and VG SpaceShipTwo), they can’t be generalized for any suborbital vehicle (e.g., a sounding rocket isn’t orbital, but it goes much higher than those passenger vehicles, often hundreds of kilometers in altitude).

The speed necessary to achieve orbit is partly a function of the mass of the body being orbited, but it is also a function of its diameter, and whether or not it has an atmosphere. If the earth were a point mass, an object tossed out at an altitude equivalent to the earth radius (that is ground level) would have very little velocity, but it would have a lot of potential energy. It would fall, gain speed, whip around the center and come back up to the person who had tossed it. That is, it would orbit. So even for the relatively low-energy suborbital vehicles discussed in this post, the reason that they’re not orbital is simply that the planet gets in the way.

One other interesting point is that, under the definition above, subsonic “parabolic” aircraft flights in the atmosphere, to offer half a minute or so of weightlessness (offered by the Zero G company), are suborbital flights, in terms of their trajectory. I put “parabolic” in quotes because in actuality, if properly flown, they are really elliptical sections, as all orbits and suborbits are. The parabola is just a close approximation if you assume a flat earth, which is a valid assumption for the short distances involved. Galileo did his original artillery tables based on flat earth, which is why beginning physics students model cannonball problems as parabolas, but modern long-range artillery has to account for the earth curvature, and it does calculate as elliptical trajectories.

Finally, one more extension. Ignoring the atmosphere, every artillery shell fired, every ball thrown or hit, every long jumper, every person who simply hops up into the air, is in a suborbit. The primary distinction for the vehicles discussed is that they are in a suborbit that reaches a specific altitude (at least a hundred kilometers to officially be in “space”), and leaves the atmosphere.

* I changed this, because orbital “velocity” implies a direction that would allow a sustained orbit. “Velocity” is a vector, with a direction (60 MPH, headed NW), while “speed” is the absolute value of it (60 MPH).