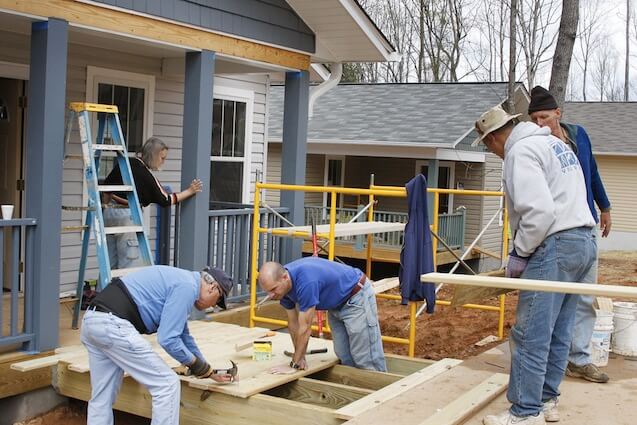 Exploring the differences between the various factions on the Right is one of our favorite pastimes on Ricochet.  Libertarians vs. SoCons.  Establishment vs. Tea Partiers.  Everyone vs. Mike Murphy!

But deep as these divisions go, all conservatives agree that society best organizes itself from the bottom-up and that the most interesting and important stuff happens at the bottom.  Individuals, families, churches, and organizations aren’t just part of society, they’re what society is about and what it’s for.  They don’t need to be coordinated or corralled toward some singular purpose defined by the government, nor do they exist at its pleasure.  Rightly understood, government’s purpose is to provide the basic infrastructure and rules necessary to allow its citizens to live, work, trade, and self-organize and then to get out of the way so they can get about life’s real business.

So what (non-political) little platoons are you part of and what are they up to?  I’ve managed to miss the last few meetings, but I’ve been involved with South Shore Astronomical Society, on and off, for a number of years.  Besides giving enthusiasts a place to geek-out at lengths that might otherwise endanger domestic peace — though it serves that function, too — the group provides free educational programs for families, camps, and scouting organizations.  There’s nothing more fun than showing someone the Galilean Moons, the rings of Saturn, or the Hercules Cluster for the first time, and knowing that you’re giving parents something fun and edifying for the whole family for the price of of gas money is incredibly gratifying.  I’ve also been a co-leader with the Appalachian Mountain Club, though it’s been a few years since I last led a hike.

My wife’s efforts are far more impressive and substantive.  Through our church, she’s helped organize multiple fundraisers for human trafficking victims and launched an awareness campaign in our city on the subject.  More impressively yet, she designed, wrote, and taught a multi-session program for recent graduates on the basics of resume-writing, professionalism, and how to build useful and remunerative carer.  Its second series starts up next month.

Many Ricochet members live even busier lives yet somehow get even more done, and have even organized to help each other.  What’s keeping you and your communities busy?