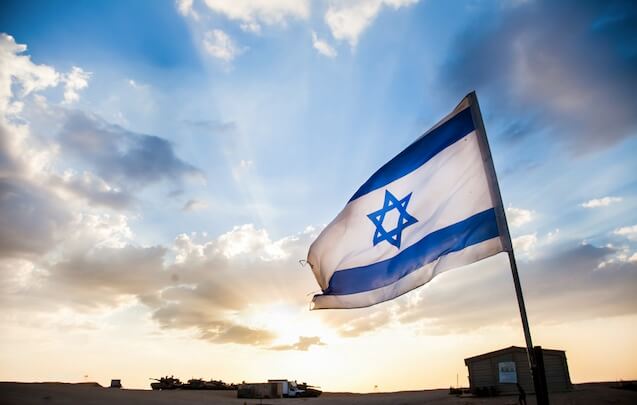 Troy asked me some time ago to contribute some perspective on the current situation here in Israel, where I’ve been living for the past 13 years. For weeks, I’ve been unable to write anything (a first for me during Israel’s crises). I haven’t been able to get into the cool, dispassionate head I need to be in to present you with any kind of cogent analysis. I’ve always tried to maintain some baseline standard of composure when discussing the lunatic hell of this endless war. I think that ship might have sailed, at least for the time being.

So why am I back, you ask? Well, I’ll be honest. We are alone out here, more and more so every day, and I’m finding our isolation harder and harder to tolerate. It might be a little unseemly, I guess, but I can’t resist reaching out to you — not in the spirit of geopolitical analysis and the plucky fisking of media talking points, but out of an increasingly desperate need simply to communicate, to send a flare out to a part of the world that’s still relatively normal. I need you to understand our reality here.

On the surface, our world is strikingly similar to the world you live in. Anyone who has visited Israel can tell you this is a thoroughly first-world environment. Now superimpose the rest of our reality onto that physical world: the air raid sirens, the whisking of the kids into the shelter, the daily funerals of the young heroes who put their bodies between our children and the monsters, the fathers’ knees buckling while they try to choke out the Kaddish over their fallen sons, the hollow-eyed mothers, the sobbing children, the tableaux of soldiers weeping on each other’s shoulders as they bury their dead.

Most of the horrors of this go-round are sadly familiar, but there is a new development this time around that has kicked all of this into a whole new realm of nightmare. That’s the network of tunnels, as vast and complex as a subway system, dug under the very ground on which Israelis walk. The soldiers braving and destroying these tunnels are discovering not only vast supplies of machine guns and ammunition and grenades, but also stores of handcuffs and tranquilizers. Consider the reality of that for a moment. Not only are our people meant to be mown down in large numbers, but we are also intended to be dragged down, alive, into the darkness.

Nothing about any of this is theoretical. Heavily armed men have already come up out of the ground inside our territory — disguised in IDF uniforms, a further nauseating touch — and have engaged and killed our soldiers, 18- and 19- and 20-year-olds who died preventing vastly greater carnage within the kibbutzim. A close school friend of my 11-year-old son does not know his uncle because he was shot to death by a Palestinian terrorist, and this same child’s first cousin just came back from Gaza with grave head injuries. One of the three teenaged boys snatched and murdered by Palestinian terrorists on their way home from school earlier this summer was the nephew of a friend of ours. The wedding of our friend’s daughter coincided with the shiva (the mourning period). The sanctified name of the murdered boy was invoked under the chupah (the wedding canopy). Can you conceive of this? It is close; it is personal. This is the reality of our lives here.

I am in the challenging position of having to maintain a chipper front for my three young children while a) finding some language with which to explain the war to them; b) pretending everything is normal; and c) pretending everything will eventually be okay. I do not believe everything will be okay. It requires a monumental effort to manufacture an optimistic front. Now, don’t get me wrong: this is absolutely not to say I have lost faith in our army. Quite the opposite: I could not possibly have greater faith in our army, and I thank God for our soldiers every day. The trouble is that our very acts of self-defense are automatically read by most of the world as offense, so anything we do to protect ourselves — anything at all, right down to building bomb shelters for our civilians — is evidence of our aggression. The world is filled with outrage that so few of us are dead. How dare you protect yourselves, Jews? How dare you not die in larger numbers?

Our enemies try to kill us while hiding behind the bodies of their own children, and we are heaped with opprobrium when those children are killed in the crossfire. Does anyone think we are not filled with anguish over dead Gazan civilians? Does anyone believe we want to kill a single Gazan child? The only option we are to be permitted is not to respond at all: to turn the other cheek, to let them savage us with impunity and then bare our throats for the final slaughter. There has never in the history of human warfare been an army as conscientious about avoiding civilian casualties as the IDF, but facts don’t matter. Jews are fighting back, and that is not to be tolerated.

And so we are vilified. I respond very carefully to an old high school friend on Facebook who has shared an article by a Hamas apologist, pointing out that the piece is a fact-free piece of Hamas propaganda written specifically to hoodwink well-intentioned people like him. He responds with kindness, but then someone else pops up to accuse me of “shaming” — of being someone who insists — how backward! — that there is any such thing as wrong and right. There is the ultimately trivial but intensely depressing litany of celebrities who are cheerfully spitting in the face of every Jew who ever admired them (Mark Ruffalo, Mia Farrow, Penelope Cruz, Javier Bardem, Elvis Costello, Roger Waters, Jon Stewart, Rihanna, Whoopi Goldberg, Ryan Gosling, Eddie Vedder, John Cusack, the list goes on). Hamas hanged some Palestinian civilians from cranes in Gaza this past weekend. ISIS is literally crucifying their enemies. In Syria they slaughter children by the dozen and throw their bodies in the street to rot as a warning to others. And Bar Refaeli and Gal Gadot are denounced as genocidal baby-killers for tweeting their love and concern for their own country.

Suck it up. I know. That’s not important. But layer that festering hate on top of the demonstrations, the throngs of Israel-bashers marching through Berlin, London, Stockholm, Edinburgh, Belfast, Dublin, Geneva, Brussels, Amsterdam, Madrid, Ottawa. Luxembourg. Costa Rica. Mexico. The Hague. Limpopo. Manchester. Capetown. Rotterdam. Auckland. Sao Paolo. Santiago. Atlanta. Houston. Boston. Portland. Philadelphia. Chicago. If you pluck individuals out of these demonstrations and ask them their motivations — I’m talking about civilized people, mind you, not the ones screaming “Gas the Jews” and doing the Nazi salute — most of them will offer some variant of “killing children is not the answer” or “civilians are not legitimate targets.” Unless they are Jews, that is. That is as it should be.

I take this personally. The crux of the matter apparently is that this country was born in sin (so says the world), and everyone in it, down to the most innocent child, is therefore a sinner. Anything done to us, no matter how savage or cynical, is justified by our original sin, and anything we do to fend off the blows is morally repugnant. How are we supposed to battle this? How am I supposed to protect my children when this is what much of the world believes about them?

The mounting crises and disasters of this summer have left me feeling underwater, as though I’m watching the world go about its business but am somehow disconnected from everything. It feels a little like what I imagine it’s like to discover you have a terminal disease. The whole world is chattering away, gabble gabble gabble, but no one is saying or hearing anything important, and they’re certainly not listening to anyone like me. And why should they? It doesn’t matter what we say or do; it doesn’t matter what the truth is. It doesn’t matter what will happen the next day if God forbid the monsters win in Gaza. Everyone shrugs when “militants” smash Buddhist temples; they’ll shrug (probably cheer) when they burn down the synagogues. They look away when they tear the crosses from the ancient churches of Mosul; they’ll shrug some more when they come for the Caravaggios.

My heart aches. This wretched, beautiful, forsaken little country is the lamb of God. We have been chosen to be heaped with blame and loathing and then chased off the cliff, so that we might die for everyone else’s sins — or at least make everyone else feel a little better about their world, until the monsters start coming in their direction. It’s extremely odd to know that your own death, the death of your own children and your whole nation along with them, will imbue vast swaths of humanity with a glow of warm satisfaction. We have the temerity to exist at all, so we have it coming.