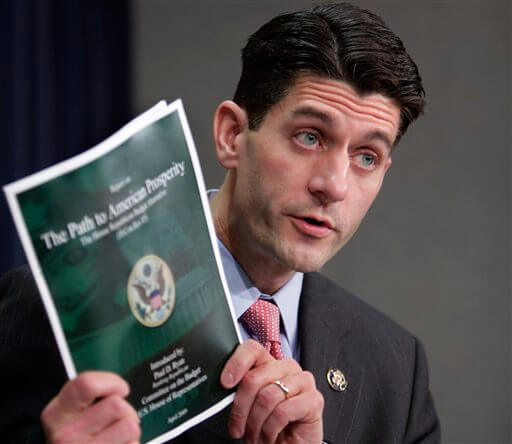 So if a pol doesn’t want to run for office, that’s fine. If he thinks his family is a higher priority than serving in Congress or the White House, many of us can relate. But they should save the sanctimony. Who’s more noble: the pol who decides not to run for the White House or the soldier, marine or sailor who goes overseas no matter how much he loves his family?

If a pol believes his country needs him, is the family dislocation — which involves no personal danger, comes with many perks, permits weekends and vacations with the family, and allows (if they so desire) relocating the family to Washington — justification for not serving? Patriotism, the extraordinary courage and everyday stress borne by our military and their families are something to admire. Many of us could not imagine undertaking it. So if a pol can’t tolerate a far more minor inconvenience, perhaps he should keep it to himself, lest the rest of us think worse of him.

This could be read as a dig at Governor Mitch Daniels, and it does give one pause. But I think that Rubin has Paul Ryan in mind. She has already made it clear&nbsp;that she thinks that he should run, and she has an argument.

There are times – let’s face it – when one woman or man may be as good as another. Virtually any Republican in office (apart from Ron Paul) would be more serviceable as President than the current incumbent. But there are other times when one woman or man is not as good as another. George Washington brought something to the Presidency that no one else could have brought, and it may have made all the difference. Abraham Lincoln did the same in circumstances that were even more trying.

We are not in a crisis as grievous as the crises that these two Presidents faced. The survival of the Union is not at stake. But I believe that there is a great deal on the line – as much as, if not more than at any point in my lifetime. We face a grave crisis, and every such crisis is a golden opportunity.

If President Obama is re-elected, I fear that the die will be cast – that we will go the way of Europe: dependency, crony capitalism, personal irresponsibility, economic stagnation, and military weakness. We are already a long way down that road. What Barack Obama is doing may make our further progress down that road irreversible.

If, on the other hand, we elect a Bob Dole clone – someone more serviceable than the incumbent who would be content to be the tax collector for the welfare state (a category that has long encompassed most Republicans) – there will be a pause in our progress down the road to perdition. But it will only be the kind of pause necessary from time to time if a man on the march is to catch his breath and pull himself together for further marching. The direction will remain the same. The only thing at stake would be the pace. That is what we chose when we elected Eisenhower, Nixon, Bush père, and Bush fils. Every single President on this list increased the size and the scope of the administrative state – just not as much and not as fast as their Democratic opponents would have done.

There is a third possibility. We could actually nominate and elect someone who recognizes the problem as a problem, someone who sees that soft despotism really is liberal democracy’s drift, someone who recognizes the moral resources that the American regime has within it to combat this tendency and who understands how to capitalize on them, someone who would seize the opportunity afforded by the crisis of the entitlements state, make the American people look into the abyss, speak truth to them about the necessity for and the virtues of limited government and personal responsibility, and persuade them that we must now decisively reverse our course.

I do not mean to pour scorn on Mitt Romney, Newt Gingrich, Rudy Giuliani, and George Pataki. They all possess estimable qualities. But I do not think that any of these men have the wit to rise to the occasion. At best, they would do an unseemly imitation of Bob Dole. I think highly of Herman Cain, but he is politically unseasoned, and he knows far too little about the larger world. Businessmen tend to get sideswiped when they become political executives. Service in a cabinet post might down the road make of him a better candidate.

Tim Pawlenty is, I believe, the only plausible candidate in the race – and the truth is that he seems plausible only because we do not yet know him well. He may pan out, and I hope that he does. But he may not. I would hate to have to bet my last dollar on him.

I was of the opinion that Governor Daniels might be the man. I hold to my high opinion of him. But for reasons all his own he has not made himself available. That leaves Paul Ryan – whom I have long thought the best of them all. He has considerable experience in government; and though he has never served in executive office, he has demonstrated in the course of the last year that he has an executive temperament, and he has managed to unite his party behind a program. He is certainly not afraid of taking responsibility.

I could reel off the names of various Congressmen – stretching from Carl Albert to Nancy Pelosi – who have played a prominent role in my lifetime. None of them could be called a statesman. They were competent, clever partisan politicians. Ryan is something different. He has attained a stature that no Congressman in my lifetime has achieved. When I cast my mind back in the past in search of comparable figures, I can come up with only two – James Madison in the First Federal Congress, and Henry Clay, when he was Speaker of the House. There were no doubt others, but the list is not long, and I doubt whether there would be anyone on it who served in the last hundred years.

Ryan is already the standard-bearer of the party. When anyone, such as Newt Gingrich, departs in any serious way from the program that Ryan has outlined, he is told in no uncertain terms by nearly everyone he meets to sit down and shut up. Ryan understands what is at stake. The speeches that he has given indicate that he understands the connection between the social issues (abortion, out-of-wedlock births, and the like), the crisis of the entitlements state, the growth of the administrative state, and the likelihood that we will face economic stagnation and a high level of structural unemployment. He understands this, and he has outlined a program that will start us in the direction of fixing what is wrong.

Some would argue that we need Ryan in the job he now holds. “For what?” I would reply. The man has already done everything that a Congressman could possibly do. To implement the program that he has so skillfully developed and so persuasively presented, he would have to be . . . President of the United States.

I do not know Paul Ryan. I am not acquainted with him. I have never even met the man. If I knew him at all well, I would walk into his office and slap down on his desk Jennifer Rubin’s post. As she points out, lots of Americans in uniform have answered their country’s call. Here is the question I would ask Ryan: “In this crisis, how can you of all people justify not doing what those soldiers have done?” And here is the argument that I would make: “You have the preparation; you have the training; you have the temperament; you have the knowledge; you have the persuasive capacity. We now face a great crisis, and you understand what has to be done better than anyone else. Your country needs you. In the circumstances, what possible excuse could trump that? You have a duty to serve.”