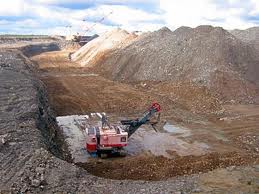 Could very well be.

The World Energy Council has determined that about 30 miles southwest of Jerusalem, in the Shfela Basin, there are oil shale deposits with the potential to yield 250 billion barrels of oil. This represents the world’s third-largest quantity of oil shale behind the US and China.&nbsp;Oilprice.com notes&nbsp;that both those countries would consume almost all their own production, so Israel could conceivably become the world’s largest exporter of shale oil.

Saudi Arabia’s proven oil reserves are 260 billion barrels, so we would appear to be in the running as an energy giant — particularly in view of the enormous natural gas finds&nbsp;at the Tamar and Leviathan fields. But there’s quite a distance yet to travel. For one thing, extracting oil from shale isn’t the same as drilling it out of the ground. It’s more difficult and more expensive.

Both the Journal&nbsp;and Sun News point out that while oil shale extraction was once uneconomical, two factors have altered that picture: the oil price has gone way up, and the Israeli team has figured out a way of extracting the oil for about $35-40 a barrel.

According to Vinegar, Israel has several other advantages besides its proprietary extraction technique. In Colorado, for instance, there is an aquifer that runs right through the shale. In Israel, the aquifer is hundreds of feet below it. Also, the Israeli deposits are believed to be extremely rich, with the potential to yield 23-25 gallons of oil per ton.

Still, it will take years of planning and billions of dollars before any of this comes to fruition. IEI is still awaiting its first permit, and as an Israeli citizen who waited three years for a permit to build a little house, my sympathies go out to IEI’s investors. But in view of the recent disruption of our natural gas imports from Egypt and the cutoff of our Russian oil imports when we were at war with Hezbollah in 2006, there is some urgency to our achievement of energy independence. And once the technology is up and running, it’s entirely conceivable that we’ll become a significant net energy exporter.

UPDATE: The map to the left is from the US Geological Survey. The red stars represent oil shale deposits, which as you can see are scattered across sovereign Israel and Jordan. None were detected in the West Bank or Gaza.