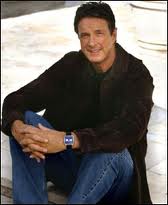 When he died in 2008, Michael Crichton, the medical doctor-turned novelist, was at work on a new novel, Micro.&nbsp; Crichton’s publisher hired Richard Preston–best known, perhaps, for his novel The Hot Zone–to complete the manuscript.&nbsp; Over the Thanksgiving weekend, I started the book, just completing it a day ago.

Preston did such a skillful job that it’s impossible to say where Crichton left off and Preston picked up.&nbsp; I grant that no one would ever confuse Micro&nbsp;with a work of literature.&nbsp; In many ways, for that matter, it’s a repeat of Jurassic Park. Whereas in Jurassic Park&nbsp;a cool new technology makes it possible to re-create dinosaurs from ancient DNA, in Micro&nbsp;the cool new technology makes it possible to shrink human beings to height of a couple of centimeters. Instead of ordinary humans fleeing dinosaurs, Micro&nbsp;gives us teensy-weensy humans fleeing wasps, beetles and spiders.&nbsp; But the natural science is so beautifully deployed–did you ever wonder what it would be like to have a wasp plant her eggs inside your body?–that I just loved it. Yet perhaps the finest passage in Micro&nbsp;comes at the very beginning, before the action proper even starts, in an introduction by Crichton, “What Kind of World Do We Live In?”, that Preston wisely reprints in its original, incomplete form.&nbsp; An excerpt:

In 2008, the famous naturalist David Attenborough expressed concern that modern schoolchildren could not identify common plants and insects found in nature, although previous generations identified them without hesitation.&nbsp; Modern children, it seemed, were cut off from the experience of nature, and from play in the natural world….It was ironic that this should be happening at a time when there was in the West an ever greater concern for the environment, and ever more ambitious steps proposed to protect it.

Indoctrinating children in proper environmental thought was a hallmark of the green movement, and so children were being instructed to protect something about which they knew nothing at all….

If you have a chance to play in nature, if you are sprayed by a beetle, if the color of a butterfly wing comes off on your fingers, if you watch a caterpillar spin its cocoon–you come away with a sense of mystery and uncertainty.&nbsp; The more you watch, the more mysterious the natural world becomes, and the more you realize how little you know….

Perhaps the single most important lesson to be learned by direct experience is that the natural world, with all its elements and interconnections, represents a complex system and therefore we cannot understand it and we cannot predict its behavior. It is delusional to behave as if we can, as it would be delusional to behave as if we could predict the stock market, another complex system….

Human beings interact with complex systems very successfully.&nbsp; We do it all the time.&nbsp; But we do it by managing them, not by claiming to understand them.&nbsp; Managers interact with the system:&nbsp; they do something, watch for the response, and then do something else in an effort to get the result they want.&nbsp; There is an endless iterative interaction that acknowledges we don’t know for sure what the system will do–we have to wait and see.&nbsp; We may have a hunch we know what will happen.&nbsp; We may be right much of the time.&nbsp; But we are never certain.

Interacting with the natural world, we are denied certainty.&nbsp; And always will be.

As representatives from 130 nations meet for climate talks in Durban, attempting, yet again, to impose vast costs and slow growth on the West–as environmentalists once again seek to impose their dubious views on the rest of us–Crichton’s are wise words to ponder.