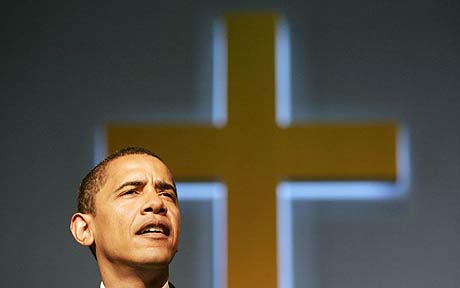 As ObamaCare mandates, the Secretary of Health and Human Services must issue regulations specifying how the law is to be implemented.&nbsp; On Jan. 20, HHS Secretary Kathleen Sebelius issued one of those regulations.&nbsp; It is slowly causing a political firestorm.&nbsp; I predict that President Obama will soon instruct Sebelius to rescind, or at least seriously amend, the regulation.&nbsp; If he does not, I predict, blue-dog Democrats in Congress will join with Republicans and do it for him.

The regulation in question requires that all health-care plans cover FDA-approved contraceptives, including some such as the “day after pill,” which technically are abortions.&nbsp; The Catholic Church is especially angered over this.&nbsp; The regulation means that Catholic hospitals, universities, and charities have to provide, through their health plans, such contraceptives to their employees, despite the Church’s moral objections.

The mainstream media, until recently, has been ignoring the issue.&nbsp; As NewsBusters reports, on Monday, NBC Nightly News finally ended its blackout of the issue.&nbsp; However, at least as of last night, the evening news shows of ABC and CBS still had not reported anything about the issue.

Until late last week, I was unaware of the issue.&nbsp; But then, in the copy room of the UCLA political science department, one of my liberal colleagues told me, “Hey Tim, I think we agree on another issue.”&nbsp; He explained the contraception mandate and why he thought it was wrong for the government to force Catholic institutions to do something they morally oppose.&nbsp; The colleague is not some sort of left-leaning moderate.&nbsp; He’s strongly pro-choice on abortion, and I’d estimate that his Political Quotient&nbsp;is somewhere around 90 or 95, putting him to the left of Joe Biden and Hillary Clinton, but not as far left as Nancy Pelosi or Barney Frank.

As The Hill reported yesterday, Douglass Kmiec, a prominent backer of Obama, announced that, because of the contraception mandate, he no longer supports Obama.&nbsp; Although Kmiec served in the Reagan administration, he was Obama’s ambassador to Malta, and last year he said that there was a “98 percent chance” he’d support Obama for reelection.

This mandate, I believe, is a loser for President Obama.&nbsp; It reminds me of the time when the House considered the Stupak amendment, which disallowed government funds to pay for abortions.&nbsp; All Republicans in the House voted for it.&nbsp; So did 25% of the Democrats, including Bart Stupak, the author of the amendment.&nbsp;&nbsp; If Congress were to write legislation to overturn the contraception mandate, then I believe it would be even more popular than the Stupak amendment.&nbsp; I suspect that all Republicans and something like 30 or 40 percent of the Democrats would support it.

In the epilogue of my book, Left Turn, I discuss the decision process of one House Democrat, Frank Kratovil, as he cast his vote against the Stupak amendment.&nbsp; Kratovil personally opposed the Stupak amendment, but he had to know that most of his district favored the amendment.&nbsp; Indeed, the district voted 59-41 in favor of McCain.&nbsp; Worse for him, Kratovil had just barely won his last election—by a vote of 50.4% to 49.6% against state senator Andy Harris.&nbsp; Harris had already announced that he’d run against Kratovil again.&nbsp; After Kratovil cast his vote against the Stupak amendment, one of Harris’s campaign consultants gleefully told me, “Oh, this one’s a gem.” &nbsp;Harris went on to defeat Kratovil 56-44 in 2010.

If Obama is smart, he will quickly instruct Sebelius to rescind the contraception mandate.&nbsp; I don’t think he wants to give such a political gem to Republicans.