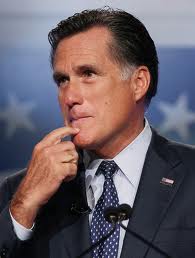 When I read Nate Silver, Sean Trende, Charlie Cook, Jay Cost, and the others who make a profession of political prognostication, I pay close attention to their attempts to dissect the polling data and predict what is to come. But I also take everything that they say with a considerable grain of salt. You see, I lived through the 1980 election, the fall of the Berlin Wall, and the collapse of the Soviet Union, and I was struck at the time by the fact that next to no one among the political scientists who made a living out of studying presidential elections, communism in eastern Europe, and Sovietology saw any of these upheavals coming. Virtually all of them were caught flat-footed.

This is, in fact, what you would expect. They were all expert in the ordinary operations of a particular system, and within that framework they were pretty good at prognostication. But the apparent stability of the system had lured them into a species of false confidence – not unlike the false confidence that fairly often besets students of the stock market.

There were others, less expert in the particulars of these systems, who had a bit more distance and a bit more historical perspective and who saw it coming. The Soviet dissident Andrei Amalrik wrote a prescient book entitled Can the Soviet Union Survive 1984? Aleksandr Solzhenitsyn predicted communism’s imminent collapse, and Daniel Patrick Moynihan suspected that the Soviet Union would soon face a fatal crisis. They were aware that institutions and outlooks that are highly dysfunctional will eventually and unexpectedly dissolve.

In my opinion, none of the psephologists mentioned above has  reflected on the degree to which the administrative entitlements state – envisaged by Woodrow Wilson and the Progressives, instituted by Franklin Delano Roosevelt, and expanded by their successors – has entered a crisis, and none of them is sensitive to the manner in which Barack Obama, in his audacity, has unmasked that state’s tyrannical propensities and its bankruptcy. In consequence, none of these psephologists has reflected adequately on the significance of the emergence of the Tea-Party Movement, on the meaning of Scott Brown’s election and the particular context within which he was elected, on the election of Chris Christie as Governor of New Jersey and of Bob McDonnell as Governor of Virginia, and on the political earthquake that took place in November, 2010. That earthquake, which gave the Republicans a strength at the state and local level that they have not enjoyed since 1928, is a harbinger of what we will see this November.

Yes, Barack Obama is ahead in some polls. And, yes, it looks like a neck-and-neck race. But that is because the President is spending everything that he has right now in a desperate attempt to demonize Mitt Romney, and it is because Americans are not yet paying attention. Obama’s support is a mile wide and a quarter of an inch deep.

Of course, if Romney were a corpse as yet unburied on the model of Bob Dole and John McCain, he would lose. If you do not all that much care whether you win or not, you will lose. But Romney wants to win. He is a man of vigor, and he has a wonderful case to make. He is a turn-around artist, and this country desperately needs turning around. Barack Obama has no argument to make. He can only promise more of the same — yet another stimulus and higher taxes on the investing class. All that Romney has to do if he wants to win is to make himself presentable, and that should not be hard. He is handsome, tolerably well-spoken, and accomplished. If, in the debates, he stands up to the President, he will seem the more presidential of the two – and that will do the trick, as it did in 1980.

Romney can go on to speak of Obamacare. He can point to the corruption that Barack Obama brought from Chicago to Washington. He need only mention Solyndra and sound the theme of crony capitalism. Romney can also point to the President’s systematic misuse of the executive power – to defraud the salaried employees of Delphi and the bondholders of General Motors and Chrysler, to gut the welfare reform passed by New Gingrich and adopted by Bill Clinton, to let school systems out of No Child Left Behind, to sick the IRS on political enemies, to force people into unions, to encourage voter fraud, to deprive Catholics and other Christians of the free exercise of their religion. The list is long.

If Romney wants to win really, really big, there are three things that he needs to do. First, he needs to tie his argument for paring back the administrative entitlements state back to first principles – back to the origins and purpose of government – and he needs to assert the necessity to return to limited government. What I am saying here is that he needs to occupy the moral high ground, to defend free enterprise not only as efficient but as right and just, and to criticize “spreading the wealth around” and taking from Peter to pay Paul as shameful and unjust. Politics is ultimately about justice, and justice should be his theme.

Second, he needs to force Obama to make errors. To this end, he needs to get under the President’s skin. He did this to Newt Gingrich in Florida, and it worked like a charm. Obama is even vainer than Newt, and he cannot stand mockery. Moreover, he hates Romney with all the resentment that phony intellectuals ordinarily harbor for successful businessmen. The gentler the mockery in this case, the lighter the touch, the more devastating it will be. Romney’s theme should be that the poor fellow is just not up to the job and that he should be left free to spend all of his time doing what he really enjoys — playing golf. The SuperPACs may be able to carry the ball on this.

Third, when the debates come, he should do a Newt Gingrich. When one of the pundits asks a really stupid question that is of interest only to the credentialed elite (and this is inevitable), he should disembowel the man, asking him how he could waste the time of the American people on a matter of this sort when we are on the verge of a second recession and millions are looking for work. In the debates, the trick is to show strength – and nothing shows strength like a dramatic gesture of this sort. He might even find an opportunity to do this to Obama himself. It would be a knock-out blow. At some point, Romney needs to set aside his natural caution and timidity and go for the jugular.