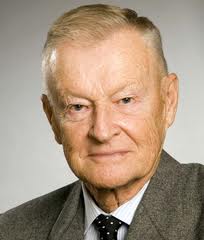 On Wednesday, when everyone was obsessing about the upcoming debate and no one but Joel Gehrke was paying any attention, Zbigniew Brzezinski appeared on Morning Joe to tout his recent book Strategic Vision: America and the Crisis of Global Power and to discuss recent developments. In the course of the ensuing conversation, which focused in part on the events that took place on 11 September 2012 in Libya and elsewhere within the Islamic world, Brzezinski acknowledged, “We’re dealing here with a messy region which is increasingly slipping into increased instability — a region in which American domination is rapidly, rapidly coming to an end.”

In this situation, the former advisor to Jimmy Carter might have said a word or two about the failure of Barack Obama’s new-look foreign policy in the Middle East. He might have mentioned the President’s famous and highly apologetic Cairo speech. He might have noted the manner in which Obama had repeatedly and pathetically tried to suck up to the Iranian government. He might have discussed our betrayal of the Green Movement in Iran. He might have drawn attention to his administration’s embarrassing and futile attempt to flatter Bashar al-Assad of Syria and enlist him as a go-between in his attempt to foster a dialogue with the Islamic Republic. He might have emphasized the President’s marked reluctance to align the United States with those attempting to overthrow the tyrants dominant in Tunisia, Egypt, Libya, Syria, and Iran, and he might have ended by commenting on the fact that displays of weakness and attempts at appeasing tyrants are apt to backfire. But, of course, he did not do that. Instead, as Gehrke was quick to note, he endorsed the preposterous story that the Obama administration has intermittently peddled — that our troubles are somehow due to a fourteen-minute video posted on YouTube more than a month before the attacks in Benghazi by a Coptic Christian film-maker, and he suggested that a “crack-down” on the film-maker and those working with him might be appropriate on the off-chance that the video was designed “to provoke [Muslim] violence” against Americans:

I would like us to make it more explicit to the Muslim world: we not only condemn this, but if there are evil forces at work trying to provoke violence between us and you, we have the obligation to investigate and crack down.

When I read this, I could not help but think of a passage in the famous speech that Winston S. Churchill delivered when,  in the House of Commons on 5 October 1938, he criticized Neville Chamberlain for making the Munich Agreement and expressed fear that this would lead to Britain’s becoming “a satellite” of Nazi Germany:

In a very few years, perhaps in a very few months, we shall be confronted with demands with which we shall no doubt be invited to comply. Those demands may affect the surrender of territory or the surrender of liberty. I foresee and foretell that the policy of submission will carry with it restrictions upon the freedom of speech and debate in Parliament, on public platforms, and discussions in the Press, for it will be said – indeed, I hear it said sometimes now – that we cannot allow the Nazi system of dictatorship to be criticised by ordinary, common English politicians. Then, with a Press under control, in part direct but more potently indirect, with every organ of public opinion doped and chloroformed into acquiescence, we shall be conducted along further stages of our journey.

I do not mean to suggest that the Islamic revivalism now so influential in the Middle East is a threat to us comparable to the threat posed to Great Britain by Nazi Germany in and after October 1938. That would be absurd. I merely intend to remark on the manner in which Barack Obama and his apologists are, in their eagerness to appease Islamic revivalism, willing to jettison the rights that sustain the United States as a bastion of liberty. We are already being confronted with such demands — from figures such as the new President of Egypt.

Of course, the man chiefly responsible for making the video in question is not a man of sterling character. He is a petty crook, and, technically, he may well have breached the terms of his parole from prison when he posted the video and adopted for himself a pseudonym. But he is also an American citizen, and this fact should give us pause.

I do not subscribe to the criticism the film-maker directed at Islam. But that, as an American, he had a right to speak his mind on the matter should be obvious. If he had no right to address so delicate a subject, then the First Amendment is a dead letter, and the rest of us are also bereft of the right of free speech. And, in the absence of that right, we Americans would no longer be a free people.

Soon after the attack on our consulate in Benghazi, the Obama administration tracked down the maker of the video. It released his name; it saw to it that his address was known; and soon thereafter, when the Railway Minister in the government of Pakistan offered a bounty of $100,000 to anyone who managed to find and kill the film-maker and announced that “if the government hands this person over to me, my heart says I will finish him with my own hands,” the administration thought it sufficient to chide him for his remarks and to comment that his conspiring to murder an American citizen was “inflammatory and inappropriate.” Otherwise, it did nothing. It could have lodged a formal protest with the government of Pakistan. It could have demanded the man’s resignation from his post. It could have sought a warrant for the arrest of the Pakistani politician when and if he stepped onto American soil. But, 0f course, it did nothing of the kind.

Instead, the Obama administration sent the Los Angeles police to knock on the film-maker’s door in the middle of the night and to haul him down to the station, and now it has seen to his arrest — and soon, we are told, he will face trial. Technically, of course, the authorities have a case against the man. But the political motive behind what the administration has done in his regard is clear to all concerned both here and abroad — and Zbigniew Brzezinski has done us the favor of voicing openly and frankly the vile rationale involved. Given what happened in Europe in and after 1938, one would think that a student of foreign policy born in Poland would have better sense. So soon we forget.