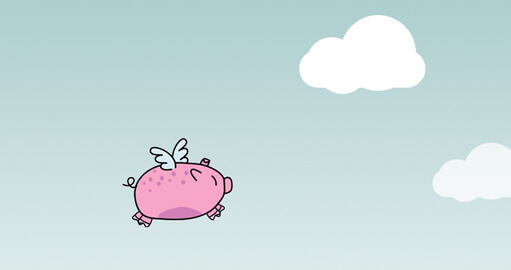 You’ve probably heard that John Kerry has succeeded in wrangling the Israelis and the Palestinians to yet another round of peace talks. Here’s why you might as well ignore this news.

9. Kerry has selected former US Ambassador to Israel Martin Indyk as special envoy to the peace process. Full disclosure: I met Indyk when I worked at the Washington Institute for Near East Policy years ago, and he impressed me with his sincerity and his modesty. He’s a decent man with good intentions. He is also a central figure behind a full 20 years’ worth of failed efforts at reconciling the Israelis and the Palestinians. Those results are hardly his fault alone, but it is nevertheless curious to select as envoy a man whose career is marked by a signal and repeated failure to achieve the desired outcome.

8. The Americans are said to be pushing the talks to forestall a Palestinian push for further recognition at the United Nations, which would undermine any future negotiations with the Israelis. There is no reason whatever to believe that the simple fact of the talks will suffice to check the Palestinians on this score. On the contrary: it is easy to envision Abbas hightailing it straight to First Avenue the moment he encounters any resistance from the Israelis.

7. The disintegration of the old order across the Middle East during the so-called Arab Spring has demonstrated what a nonsense it is to place the Israeli-Palestinian issue at the center of the region’s problems. Our domestic battle has been striking, in fact, for its total irrelevance to most of the turmoil. The obviousness of this point takes some of the heat off of Israel to reach an agreement (and makes the sponsoring Americans look dismayingly naive and out of touch with history).

6. Kerry has put a nine-month deadline on the achievement of a final deal. This target is so spectacularly unrealistic as to promote serious doubt as to Kerry’s basic understanding not only of the parties involved but of the conflict itself.

5. Abbas needs backing from some key Arab leaders if a deal is to carry any weight. King Abdullah of Saudi Arabia is old and sick, and King Abdullah of Jordan is preoccupied at home. Egypt is not in a position to offer sufficient backing now either. This is what Kerry means when he says the window of opportunity is closing, and largely explains his urgency in nudging the parties back to the table. The problem is that the window is not just closing; it’s well nigh shut already. Choking a deal out of the parties and then leaving it to shrivel in the wind could have consequences as serious as letting the status quo remain until a more propitious moment.

4. Abbas — President of the Palestinian Authority and the Palestinian side of the peace talk equation — says his goal is a Palestine that is completely Judenrein. A few days ago, he said, “In a final resolution, we would not see the presence of a single Israeli — civilian or soldier — on our lands.” And this is hardly a new position. Three years ago, he said, “We have frankly said, and always will say: If there is an independent Palestinian state with Jerusalem as its capital, we won’t agree to the presence of one Israeli in it.” This staggering double standard (just imagine Israel making an equivalent statement) doesn’t warrant so much as a raised eyebrow either in Europe or in much of the US, but who cares. Pigs will fly — over Jerusalem, yet — before Bibi Netanyahu will ever agree not only to summarily evict hundreds of thousands of Israelis from the West Bank but to render any portion of Jerusalem permanently, or even temporarily, Jew-free. Seriously. Get a grip, people.

3. The Israeli people well remember the fruits of Israel’s withdrawal from Gaza. The popular willingness to suspend disbelief regarding Palestinian intentions has dropped precipitously over the past decade. The people want peace, but they don’t want suicide, and their prime minister knows it.

2. Abbas is at the end of his career, and he is highly unlikely to go out by giving up on the Palestinian demand for the right of return. And Netanyahu is never going to agree to it.

1. President Obama’s no-doubt considerable desire for a splashy foreign policy success in the Middle East is simply irrelevant. The stakes are too high for any of us to compromise for the sake of his legacy.

If the situation develops in a direction that suggests something might actually come of these talks, I’ll certainly let you know. But in the meantime, carry on. Nothing to see here.