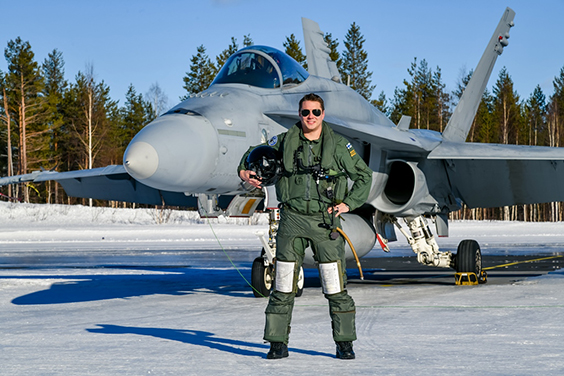 A stellar display of the F/A-18C Hornet by a Finnish Air Force pilot.

Captain Ukskoski was named the winner of the Best Individual Flying Display of the 2019 RIAT airshow.

I come from Tikkakoski. We lived by the airfield, and I’ve been watching planes since my childhood and by the time when I was in high school I had decided to apply for the Air Force. In 2002 I took the Conscript Pilot Elementary Training Course and continued on the Air Force cadet course the following year.

It’s nice to have the opportunity to fly a display routine for a big audience, and of the air shows in Finland, Turku Airshow is the one I really wait for. Of foreign air shows, I most look forward to the RIAT Airshow in the United Kingdom because it is one of the world’s largest aviation events, and it’s great to go and perform there with the top-notch pilots from other countries.