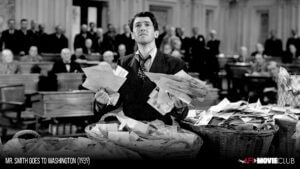 Good news! A Hollywood studio has announced they will remake of the 1939 film Mr. Smith Goes to Washington. Boldly holding a mirror to society, Narrative Studios will retell Frank Capra’s story from an unjust era with a modern twist.

In this updated version, a newly elected congressman played by Jim Caviezel single-handedly and recklessly dares to disrupt the people’s business. He is a white narcissist and PDQ-Anon follower who stops half of Congress from working while the other half is on vacation. 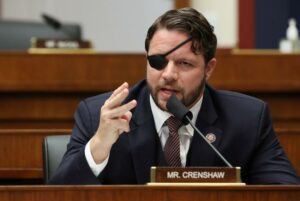 He is rightly called a “terrorist” by a veteran Congressman Dan “Eyepatch” McCain of Texas, the people’s champion, who calls for stripping Smith of all his committee memberships and cafeteria privileges. “He shall not dine with us!” is the rally cry.

The media is obsessed with covering this one-man insurrection and country is transfixed on the saga.  The story and vitriol around procedures and rules builds to a climax until equity is restored and democracy is saved by a scrappy orator from New York and his legendary alliteration in a finale that is sure to bring tears to the eyes and a patriotic lump in your throat. 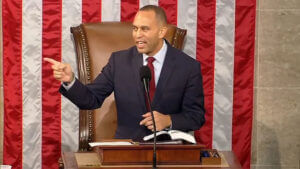