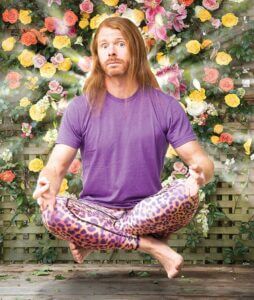 Well, not me personally, of course.  I’ve been having some problems seeing the bright side of things here recently.  But JP Sears posted a video yesterday which I found fascinating.  I know that many Ricochetti don’t often watch linked videos (Ricochetti such as your humble scribe, for example), but I assure you that this is worth 13 minutes of your time.  Mr. Sears is known for his oddball video spoofs which usually contain a few brilliant insights hidden beneath the goofy presentation.  But this is a serious video, in which he explains how he came to believe that evil actually exists.

That doesn’t sound all that cheerful, but he also explains why he thinks that good is very likely to win over evil, and what each of us can do personally to help achieve this victory.  He acknowledges that he is not a philosopher or a Biblical scholar, but just briefly explains how he arrived at these conclusions.  I find it interesting not because he’s shed new light on human nature (and he doesn’t claim to do so), but I find it interesting because I strongly suspect that he is not the only one thinking along these lines today.  And I suspect that his message resonates with a growing proportion of the population.  Check it out:

I look forward to hearing your perspective on Mr. Sears’ view of the world today, and why he is so optimistic.