On Wikipedia, go to List of United States Cities by Population.  It features an interactive table of all the US cities (over 100,000 population), so you can click on the column headers to sort, up or down, by that value. 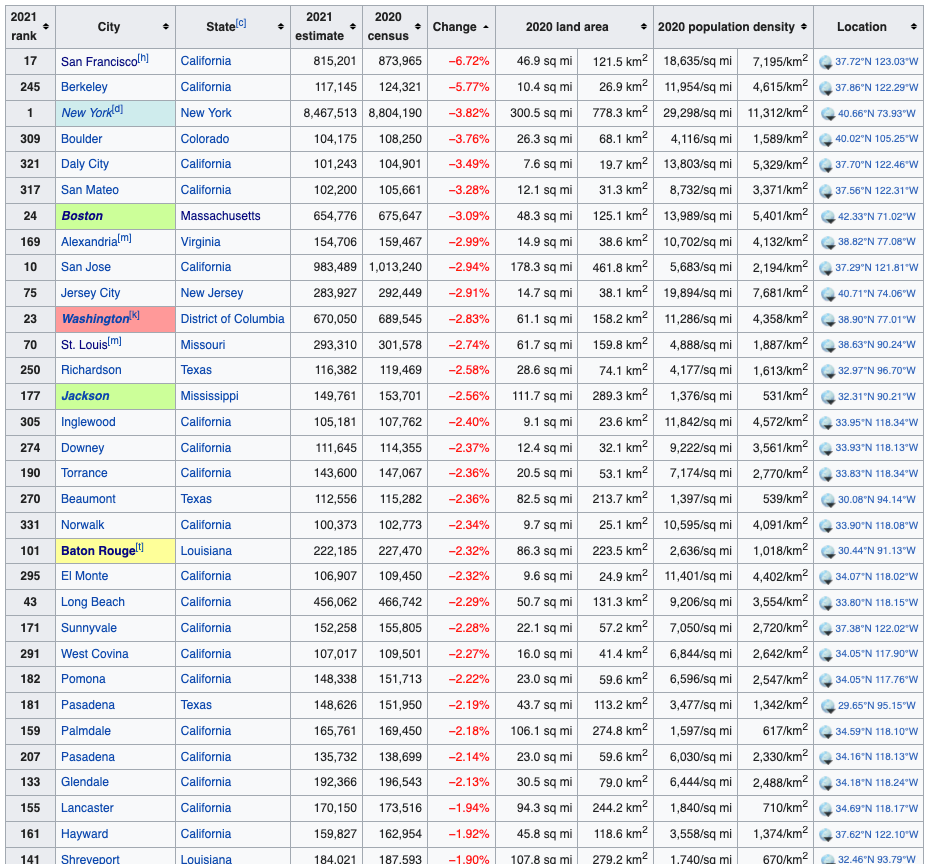 Sure, we know people are leaving New York City and San Francisco in droves, but these numbers are pretty shocking.

I mean, San Francisco’s loss of 6.72% in one year translates to 50% over a decade.  Now that’s a single extreme number, and it’s not going to sustain for that long, sure.  But still; man oh man.

The other side of the chart shows the cities people are moving to: 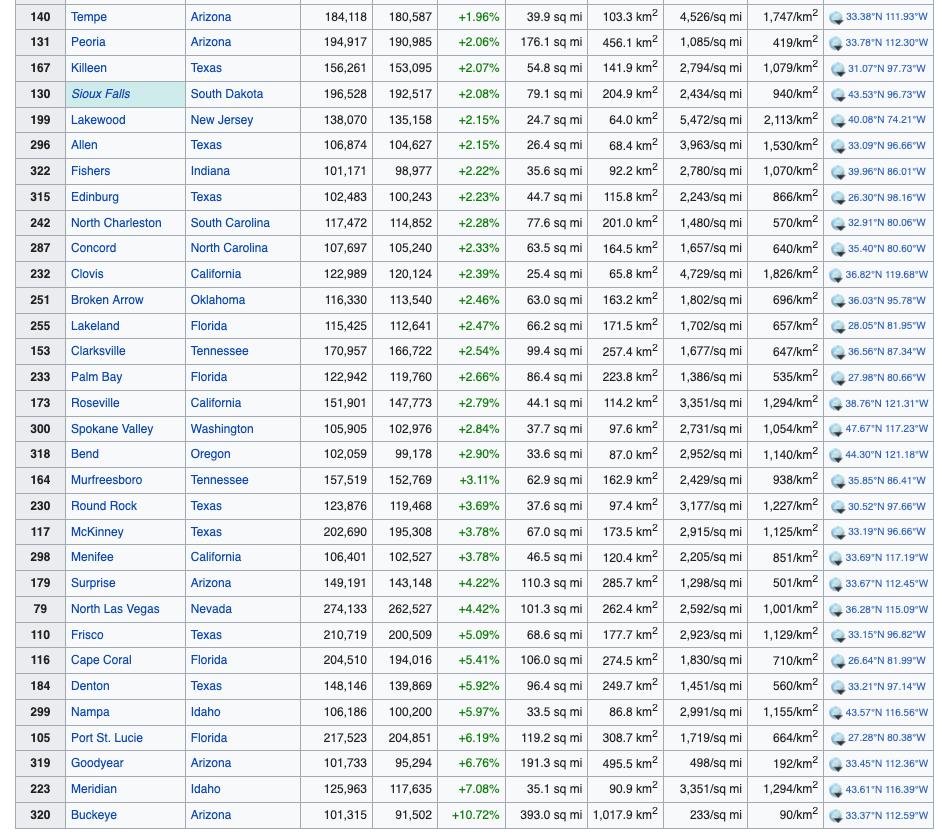