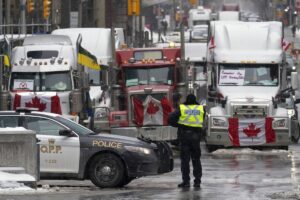 There’s an outstanding op-ed by a German college professor named Ralph Shoellhammer in Newsweek (yeah, I know, Newsweek – trust me…) that I thought you might be interested in. He begins the article with these two paragraphs:

A popular uprising of working-class people against the elites and their values is underway—and it’s crossing the globe. There is a growing resistance by the middle and lower classes against what Rob Henderson has coined the “luxury beliefs” of the elites, as everyday folks realize the harm it causes them and their communities.

There were early glimmerings last February, when the Canadian Trucker Convoy pitched working class truck drivers against a “laptop class” demanding ever more restrictive COVID-19 policies. You saw it as well in the victory of Virginia Governor Glenn Youngkin, who ran on parents’ rights in education and went on to win both suburbs and rural areas. You can see it in the growing support of Hispanic voters for a Republican Party, which increasingly identifies as anti-woke, and pro-working class. And now we’re seeing the latest iteration in the Netherlands in the form of a farmer’s protest against new environmental rulings that will ruin them.

Yet the sympathies of the Dutch are not with their government; they are solidly with their farmers … But while the Dutch people are on the side of the farmers, their elites are behaving much as they did in Canada and the U.S., and not just those in government. Media outlets are refusing to even report the protests, and when they do, they cast the farmers as extremists.

Ultimately, there is a risk that climate policies will do to Europe what Marxism did to Latin America. A continent with all the conditions for widespread prosperity and a healthy environment will impoverish and ruin itself for ideological reasons.

In the end, both the people and the climate will be worse off.

I think he makes a very good point. There is a great deal of conflict and strife in the world right now, but it’s not the traditional wars between countries over land or resources.  Many of these conflicts are between citizens and their own governments and elites, who the people feel no longer represent their best interests.  And they’re not fighting over land or resources — they’re fighting over freedom. 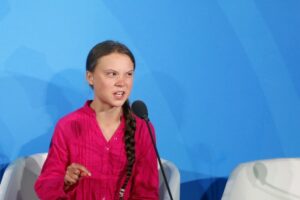 And this time, it’s not freedom from Socialism, Communism, Marxism, or any other political system of centralized control.  It’s freedom from the ideology of Climate Change.

That seems like an important difference, although it’s possible that the Marxists have simply selected another approach with the same goal in mind, so freedom lovers simply find themselves arguing with climate models rather than economic redistribution policies.

The important point, though, is that the people are not fighting against imperial aggression from foreign powers who seek to conquer their land.  They’re fighting against their own governments, most of whom are elected by the people themselves.  But despite the ostensibly Democratic underpinnings of many of these governments, the people have come to the belief that their own government is a hostile force to their society.  And this belief (combined with their perception that their own hostile government is being aided and abetted by the media and powerful corporations) has led to panic among many and varied groups of people in countries around the world. 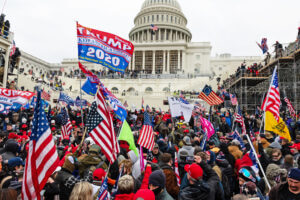 Brexit and the election of Donald Trump fall into this category.  It’s fascinating that the same phenomenon is happening simultaneously in America, Sri Lanka, Germany, the Netherlands, Canada, and many other places around the globe, which would seem to have little in common with one another.

And none of these countries are known for having brutal, oppressive, tyrannical systems of government like Cuba or North Korea.  We’re talking about Canada, for Pete’s sake.  America’s President is not Kim Jong-Un.  It’s Joe Biden, for Pete’s sake.

What’s going on?  Why is this happening now?  Will this trend of people fighting their own governments continue to spread across the globe?  How will all this turn out?

Professor Schoellhammer has written a fascinating piece – please do read the whole thing.

And let me know what you think.  He brings up a few outstanding points, but I’m not sure where all this leads.

Thanks in advance for your input.