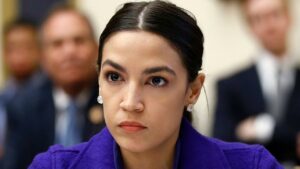 Since personal liberty is so important to conservatives, we tend to be more tolerant of those with whom we disagree.  We understand that we must tolerate the idiosyncrasies of others if we expect others to tolerate our own idiosyncrasies.  When you presume that you will get along with everyone you meet, it changes how you look at them.  Whenever I meet someone, I look for something about them that I like.  And I nearly always find something – something that we can build a friendship on.  Or at least a working relationship.  And thus, I get along well with nearly everybody.

Leftists and socialists hope to build a Utopia here on earth and, as such, they are very intolerant of the flaws of others, which might get in the way of building a perfect world.  Thus, many of my liberal friends meet people and look for something about them that they don’t like.  And they nearly always find something – something that can place that person in a group of which my liberal friend does not approve.  And since conservatism is evil, and leftism is good, then tolerance is not an admirable quality.  Again, Utopians are not a tolerant group.  Just ask a dead Russian from 1918.  Or a dead Jew from 1944.  Or a dead Cambodian from 1976.  Those who seek to cure the flaws of society via revolution to build a Utopia – such people see no virtue in tolerance. 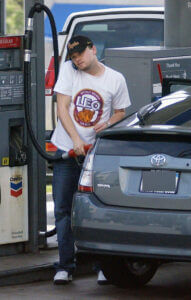 Leonardo DiCaprio filling up his Prius.

I think this is one reason that leftists are so miserable all the time.  They don’t like anybody.  And after some years of disliking everyone they meet, they begin to dislike themselves.  I think that a lot of what is described as ‘virtue-signaling’ is not necessarily an effort to convince others that one is a decent human being.  I think they’re trying to convince themselves that they’re better than everybody else.  Because everybody else is awful.

I think this is one reason that conservatives have such difficulty understanding leftists.  Conservatives look at what the Democratic Party has done to America since Trump left office.  Catastrophic inflation.  Exploding energy prices.  A European war.  Supply chain problems and shortages.  All the suffering – none of this had to happen – why?

But it makes more sense if you really don’t like people.

So, on a macro level, the idea is to build a society that encourages the good, while discouraging the bad.

On a micro level, the idea is to look for the good in every person.  There may be a lot of bad in that person, but there is probably good in there too.  So you should look for the good.  Because if you don’t actively look for it, it can be easy to overlook.  And if you overlook the good in people, then personal liberty and other conservative concepts make no sense whatsoever. 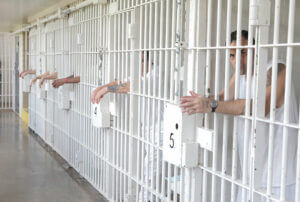 A society of evil people can be nothing but a prison camp.  Which is why we put those who do evil into prisons.  They need totalitarian control not just to protect society from them, but also to protect them from themselves and from one another.

So many leftists just can’t see the good in people.  They hate me because of my big car.  Or the straw I put in my drink.  Or the mask I don’t wear on my face.

As I said, conservatives struggle to understand leftists.

But leftists have no idea at all what motivates conservatives. 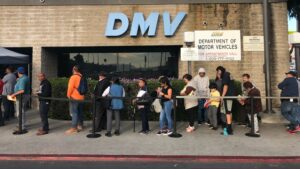 I explain to leftists that I’m a bleeding-heart conservative.  I’m a conservative because I find leftism to be heartless.

Good leftism is heartless like the DMV.  The workers behind the counter will get to you when they can, but they really don’t care about the people standing in line.  Which is heartless.

Obviously different degrees, but with both good leftism and bad leftism, leftism is heartless.

I’m not heartless.  So I’m conservative.

When everything is based on the good of the collective, it matters less if you break a few eggs along the way.  Which is fine.  Unless you happen to be an egg.  Which you are.  So there you go.

While my daughter was attending a very elite college, a friend stopped her in the hall and whispered, “Are you conservative?”  My daughter was understandably horrified, and asked why her friend would think such a thing about her.  Her friend explained that since she was always nice to everybody, he couldn’t help but wonder.  He meant no offense, and would keep her secret to himself.  She still didn’t admit it, but he knew. 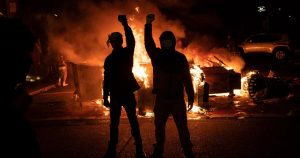 I think in general, leftists know.  They know that there is a difference between a Tea Party rally that leaves a park cleaner than when they arrived, and a Black Lives Matter riot that destroys part of a city overnight.

If anyone has a better theory, I’m all ears…

NOTE: The title of this post is a quote from the Men at Work song, “Dr. Heckyl and Mr. Jive”.