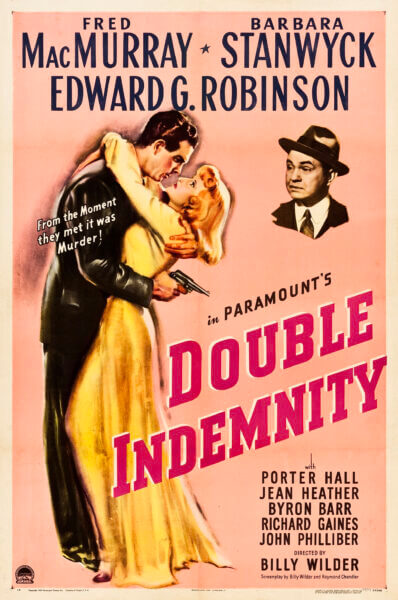 In the opening scene Walter Neff (Fred MacMurray) speaks into a Dictaphone, his chin dewy with sweat. He is recording a confession, though he doesn’t “like the word ‘confession.’” This monologue will serve as the narration for the movie. He tells us that he killed a man for a woman and money, and in the end, received neither. With those facts already on the table, the film is still compelling with moments of nail-biting suspense. That’s because the individual scenes are expertly constructed, and because the movie realizes what makes the story compelling isn’t the murder, but what drives the characters to commit it and the consequences that follow.

Walter is an insurance salesman. He visits Phyllis Dietrichson (Barbara Stanwyck) because her husband’s car insurance is about to expire. We get our first good look at Phyllis from Walter’s POV on the ground floor. She is at the top of the stairs, wrapped in a bath towel, and glowing. After she gets dressed, we see her feet coming down the steps, the camera panning with the curve of the staircase until she reaches the bottom and it pulls back to get a full view. He sits on the arm of a sofa while she huddles on a chair. He’s about a foot taller than her anyway, but their position and the angle of the camera exaggerate the difference in size. She gets up and paces, her head down while the camera follows her back and forth. Every movement of the camera and characters is motivated. All these details are relevant in some way and they are all executed subtly and with precision.

This isn’t the last time the two meet. Phyllis talks Walter into opening a life insurance policy for her husband, then killing him and staging it as an accident. There’s instant chemistry. He makes a pass first, but she’s the one in control. She’s always in control. Their dynamic is one of a trio of sharply drawn relationships Walter has in the film. There’s him and Phyllis’ step-daughter Lola (Jean Heather). He feels protective of her even while conspiring to kill her father. Lola is not naive, but her suspicions don’t extend as far as they should. Then there’s Walter and his co-worker Barton Keyes (Edward G. Robinson), the insurance analyst. The two have a mutual respect for each other, and what’s more an affection. This colors their relationship as Keyes’ investigation into the “accident” leads him unknowingly toward Walter. 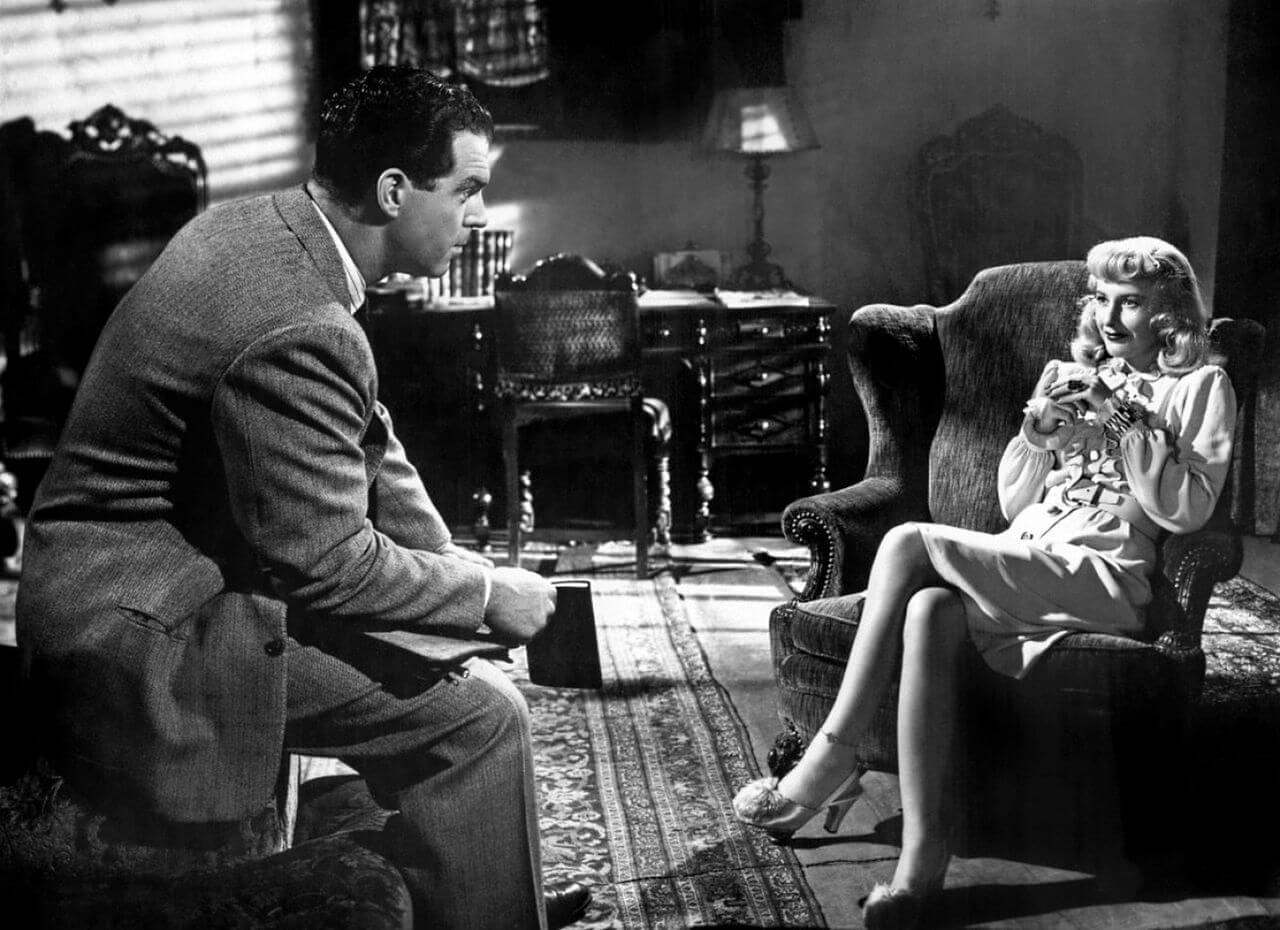 What’s there to say? Double Indemnity is a masterpiece. A jewel of film noir (many’s choice for the best of the genre), starring some of Hollywood’s finest, directed by the great Billy Wilder with a screenplay by him and Raymond Chandler based on the novel by James M. Cain. Many people smarter than me have dissected and analyzed the film to the last frame. It doesn’t need my endorsement. Fact is, Criterion released a 4K UHD Blu-ray recently and I finally got around to seeing this classic. Felt like spilling a few words its way.

One aspect that caught me off guard was the dialogue. I forget how great dialogue can be in old movies. That’s a sin, I know. Wilder and Chandler’s dialogue is whip-smart and razor-sharp. It doesn’t merely convey information. Take this exchange of no particular note:

“You should tell me what’s engraved on that anklet.”

“Have to drive it around the block a couple of times.” 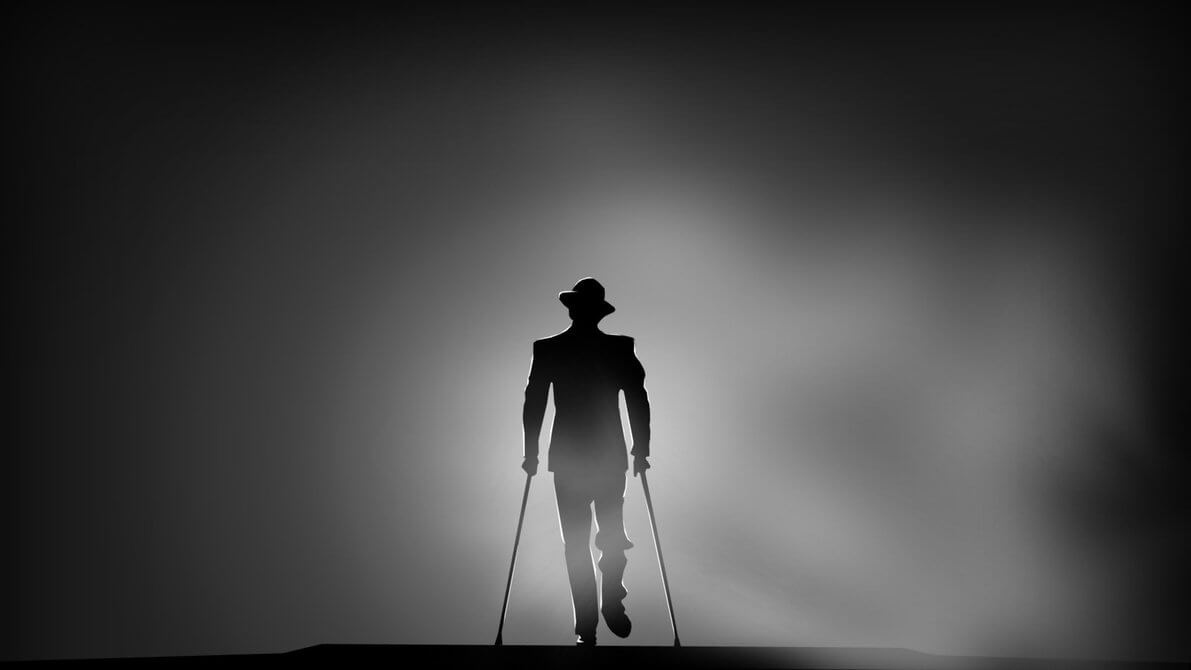