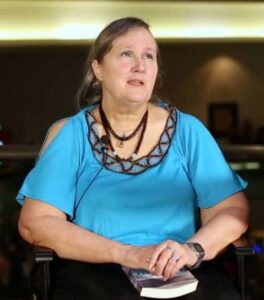 Most on the Right know that as the Woke have driven the knuckle-dragging wrong-thinkers from their precious institutions, eventually they would turn on the only ones remaining to harangue — themselves.

To whit, the Science Fiction and Fantasy Writers Association (SFWA) this past week turned on one of the most reliably liberal and accepting members, who had just received the prestigious award of Grand Master status at their Nebulas convention, and kicked her, and her husband who wasn’t even present, out of the convention.

Her crime, according to the SWFA was her use of a “racial slur” during a panel discussion.  More on that in a minute.

When she was announced as the next Grand Master in 2021, the SWFA had to wring an apology out of her about her advice to aspiring writers that copy-editors are going to force you to choose a set of pronouns for your trans character and force you to stick with it and thus if you truly want to write a fluid character it is better to refer it them by name or title.

After we announced Mercedes Lackey as SFWA’s next Grand Master on 11/4, stances that Ms. Lackey had taken on writing trans characters resurfaced online. One was from a reader Q&A conducted in 2003, and another was from a 2017 Quora response on her feelings towards using chosen pronouns at the time.

We recognize that these comments have caused harm to the trans community. Last year, we said, “We have a responsibility to admit our failings and to continually commit to dismantling [..] oppressive and harmful systems, both within this organization and ourselves.”

SFWA cannot apologize on Ms. Lackey’s behalf, but we can acknowledge our contribution to this hurtful situation and stand with those in the trans and nonbinary communities. With that in mind, we asked Ms. Lackey if she would make clear her current feelings on these issues.

Before all else: trans women are women, and trans men are men. This is something I fiercely believe, and will always support.

I have made awkward statements that have caused pain or distress. My desire is, and has always been, to support the trans community and be the best ally I can. I regret that I communicated poorly and fell short of the mark.

I’m affirming here that I do, and always will, support trans rights and trans people. An individual’s pronouns are every bit as valid — and far more important — than the dictates of copy-editors in the commercial publishing industry. I wish I’d listened to you and fought for those pronouns when copy editors changed them.

I have never felt that I had the ability to write trans point-of-view characters well, and I expressed that badly in the past. Trans characters in fiction are more than just their gender, and their stories should show the richness of their whole lives in full. I am grateful for the many authors who are doing that well today. They are inspiring.

I will do everything in my power to continue to grow and learn, as I feel we all should. I have learned a lot from patient friends and fans. I apologize for hurting people. 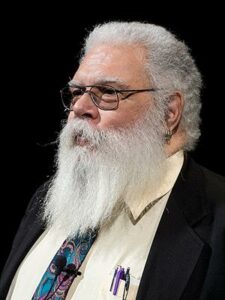 I mean this apology has it all.  She abases herself before the mob.  She admits that she caused distress and could have done better.  That she was ignorant of the proper way of dealing with the topic, even though that “proper” way wasn’t around when she made some of the statements.  She even admits that in attempting to write trans characters she was causing pain to trans people because she can never truly understand them.  Mao would have been proud of this struggle session.

One would think that after abasing oneself before the work mob that one would be fine…but one would be wrong.  Fast Forward to the Nebulas and Ms. Lackey is on a panel called “Romancing Sci-Fi & Fantasy”.  They are discussing the work of Samuel R Delany,

During this conversation about Mr. Delaney’s books, full disclosure I have never read any of them so I cannot say anything about their content or quality (though I am assured it is high), Ms. Lackey referred to him as a “colored person” while praising his body of work.  The SWFA has graciously removed the video of the panel from their website so great is the shame of this racial slur.

This was absolutely terrifying to another author on the panel.  Jen Brown, who has to her writing credits: a novelette;  short story; two podcast episodes; and two “flash” (not sure what that is), but she is Black and Queer and she/her are her pronouns so she is obviously an authority that should be listened to.  She didn’t say anything during the panel, because…well, you can read her Twitter thread.

So. The "Romancing Sci-Fi & Fantasy" panel wrapped. Instead of celebrating, I'm here–holding grief & frustration–over what happens when language is misused (regardless of intent).

The “silence might be suffocating”, by which she means that she didn’t say anything about the racial slur of calling a Black man “colored”.

As to why the SWFA immediately kicked out Larry Dixon (spouse of Mercedes Lackey) who was not at the panel, nor did he say anything on the subject…well, you could ask them, but I doubt they will respond.  Guilt by association one supposes because they don’t even mention that in their statement:

We learned yesterday that while participating in the “Romancing Sci-Fi & Fantasy” panel, Mercedes Lackey used a racial slur. First, we apologize to our attendees and the other panelists who were subjected to that slur. We’ve disabled access to the panel to avoid any additional harm being caused.

Second, we are immediately removing Mercedes Lackey from the conference and the additional panels she was scheduled for, in accordance with SFWA’s Moderation Policy. The use of a racial slur violates the instruction to “Respect all cultures and communities. Do not make derogatory or offensive statements even as a joke.” That applies to everyone in a SFWA space, at all levels of their career

The NAACP could not be reached for comment, though sources say that Mr. Delaney did not take offense.