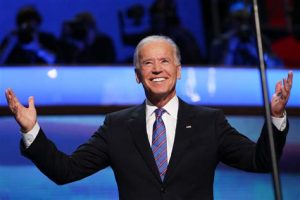 Charles Cooke has a good piece today about a Politico article which laments the setbacks that have been faced by (…or, some might suggest, caused by…) President Biden so far.  Mr. Cooke describes this article as an “hallucinatory missive” which is “a good example of the sort of reported essay that begins to crop up ineluctably whenever it dawns upon the D.C. press corps that its personal hopes for the incumbent Democratic president are likely to be dashed“.  Mr. Cooke notes that this essay seems eerily familiar to him (emphasis mine):

The assumptions that undergird Lemire’s report should be depressingly familiar to anyone who follows American politics. They are, in no particular order: that Democratic presidents should get whatever they want, and that if they don’t, something is broken; that the Republican and Democratic parties secretly agree on everything, but, for some reason, keep failing to put their agreement into action in the legislature; and that all Democratic presidents are kind, reserved, bipartisan, avuncular figures who, having lived unblemished lives of purity and goodwill, eventually become shocked by the coarseness and misanthropy of their opponents. 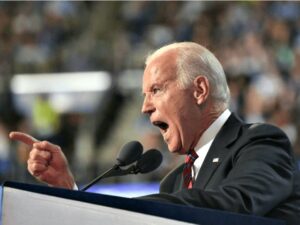 One wonders how many Democrat voters were expecting a “kind, reserved, bipartisan, avuncular figure who, having lived an unblemished life of purity and goodwill…”, and were disappointed when they ended up with Joe Biden, a vicious, bombastic, hyper-partisan narcissist who has led a disastrous life of corruption and destruction.  They voted for the public image of Bill Clinton, and they got the private nightmare of a senescent Lyndon Johnson (on a combination of Quaaludes and crystal meth).  Surely some of them must be disappointed.  Surely.

Mr. Cooke is starting to recognize a pattern, here.

I wonder if any Democrat voters are starting to notice the same thing?

I doubt that they are.

I also doubt that it matters. 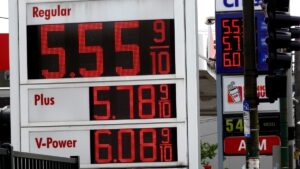 But geez – it must be getting harder and harder for the media to maintain the hallucination that Mr. Cooke describes.