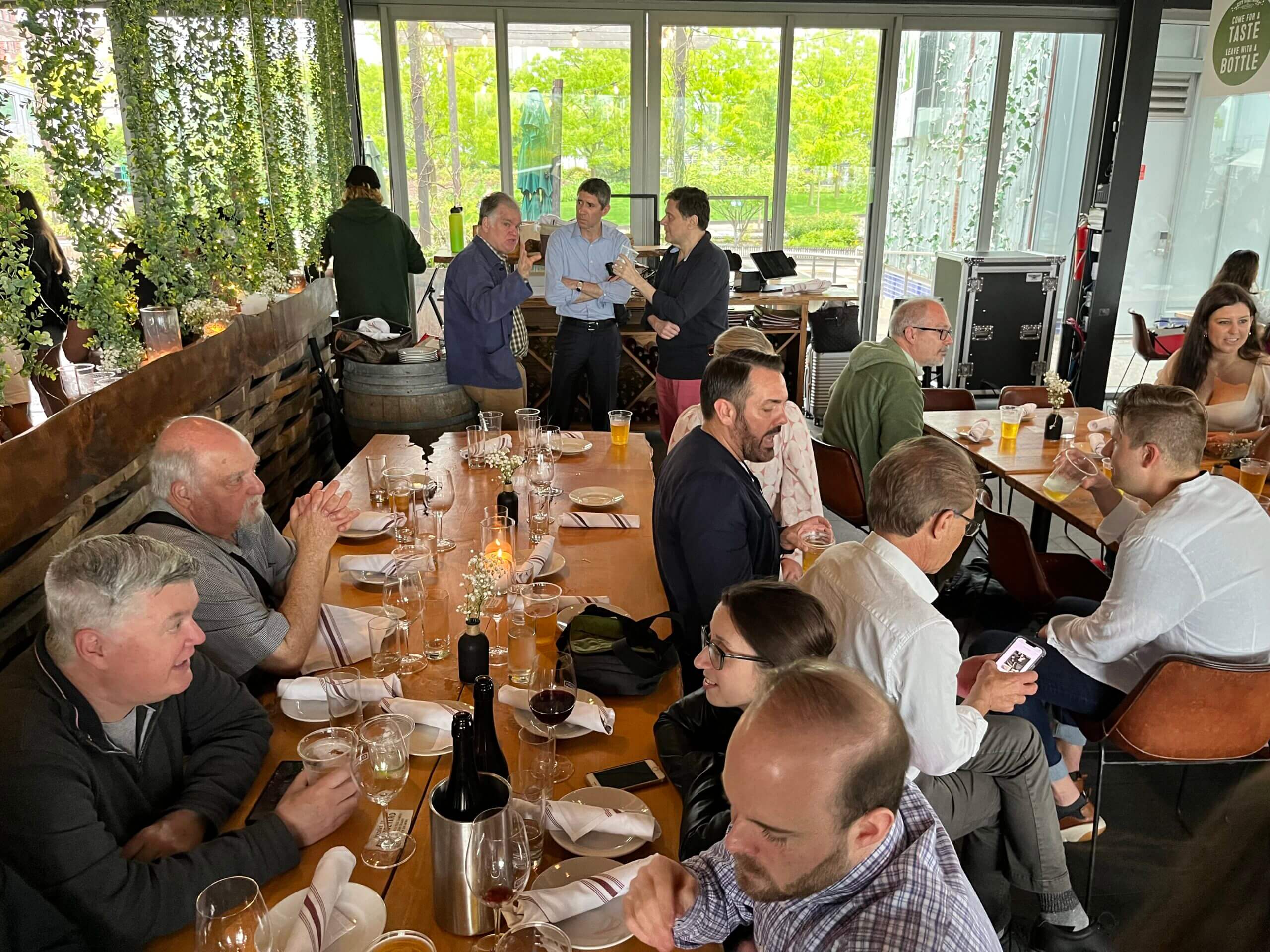 That’s right! It happened, it was lots of fun and we wish you could’ve been there.

Ricochet members and the good people of America’s Future got together on the Hudson River to enjoy free drinks, free food, absorbing conversation, many laughs and the excitement of making new friends. We owe a big thanks to our very own Alex Rosenwald and Rob Long, along with America’s Future’s Larry Gillheeney for organizing the event and providing the former two; and we owe a thanks for all who attended for taking care of the rest.

I don’t think I’m exaggerating when I say everyone had a good time. The persistent rain interfered with our plans to enjoy an outdoor gathering on the water, and hampered the “crawl” portion of the event a bit, but freedom-lovers know how to improvise!

It was great to meet members I’ve thought I’ve known for years–@franco, @rightfromthestart and @richardeaston, for instance. We got to meet with a contingent of members who don’t post often, or who haven’t at all. Since they’ve been shy thus far, I won’t run the risk of embarrassing them, but I’m sincerely hoping they’ll show up here, or in this post by @spacemanspiff or in this one by @netrc, to make themselves known to the rest of us. (There were also a few spouses and significant others that I hope will join Ricochet too, because it was a grand time getting to know them as well.)

Each of them confirmed a suspicion I’ve had for a while: we have a lot of wonderful members who support Ricochet–and we really, really appreciate that!–but who don’t participle on the site. And as for those I met who aren’t Ricochet members yet, another suspicion was confirmed: there are a lot of people interested in what we do who should finally join and jump in with both feet.

Anyway, I’ll shut up now and get to stuff you guys came to see: the evidence that a good time was had and that you ought to be there for the next one.

***One side note: I am philosophically constrained from interrupting good conversations–probably why I joined this place–for the sake of taking a big group photo on an iPhone. (We got one of the “late” night crowd, though.) I snapped a bunch of shots of Ricochetti, undisturbed and in their natural habitat, and our friend Larry with AF sent me some too. Perhaps I’ll have to try to convince management to invest in a good dslr. But to do that we need a budget; and to have a budget, we need those of you reading this who aren’t members to get off the fence and join Ricochet! Do it. You’ll have fun and can join us for the next big meetup that’ll be coming to a place near you. 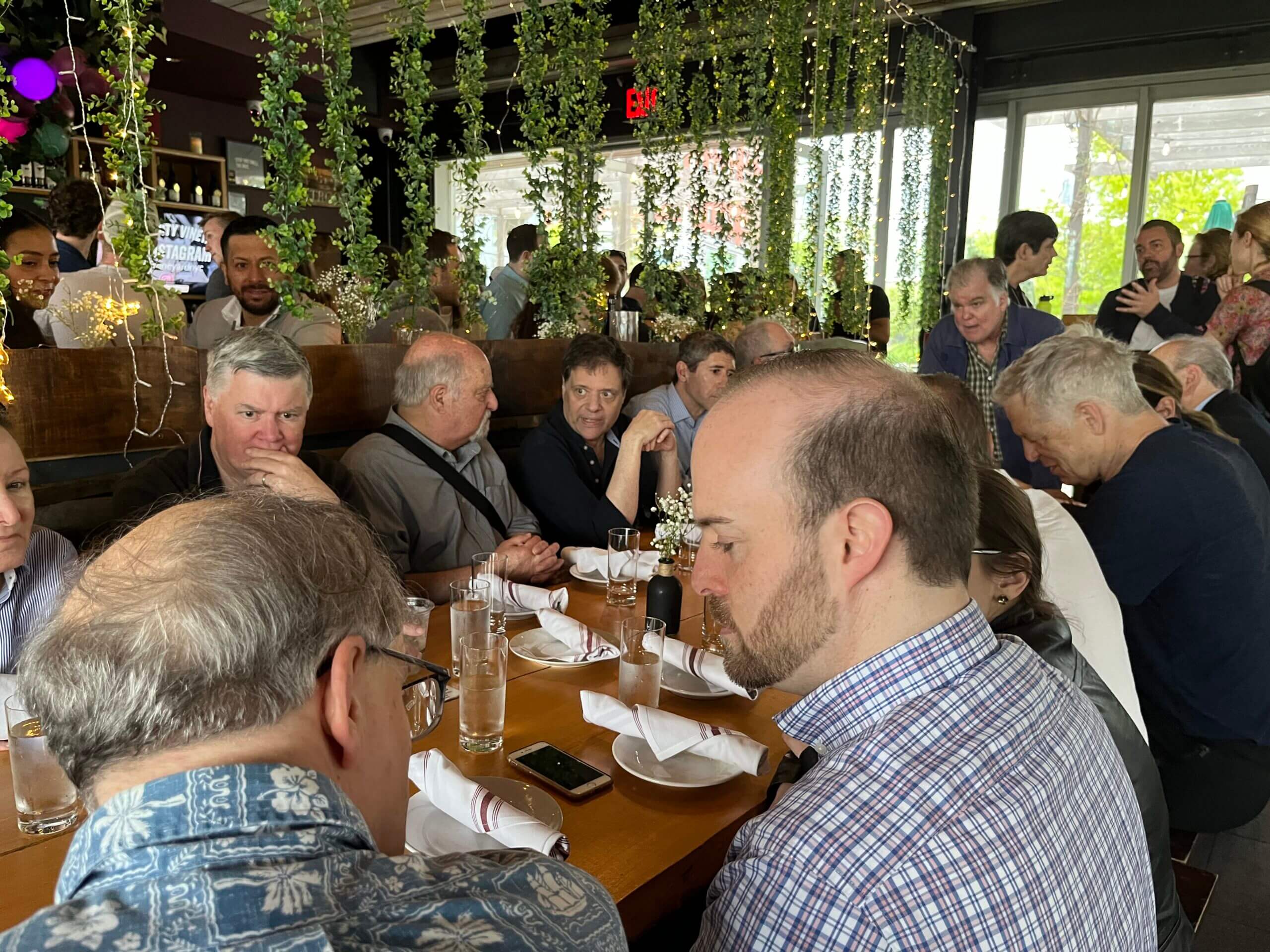 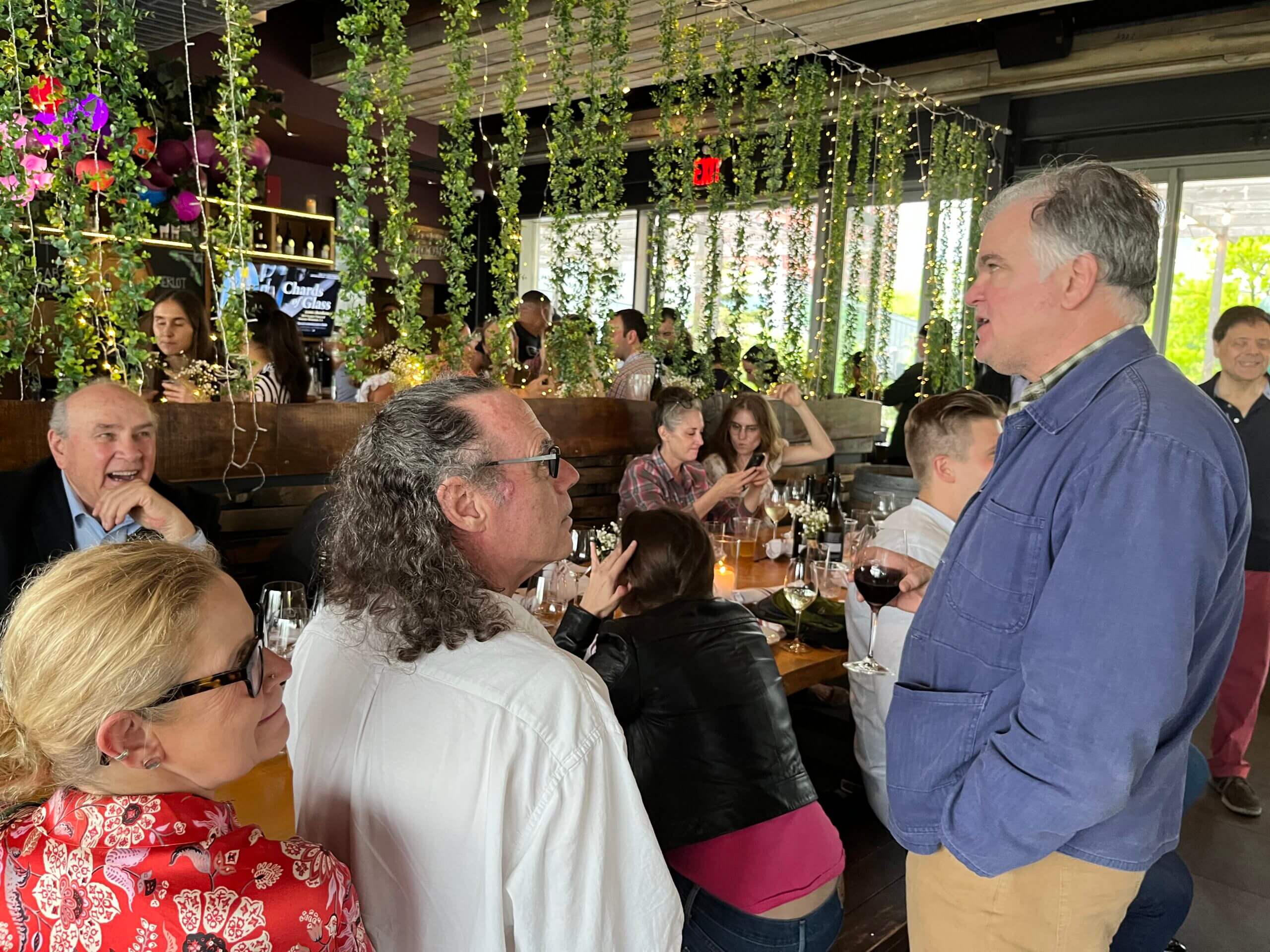 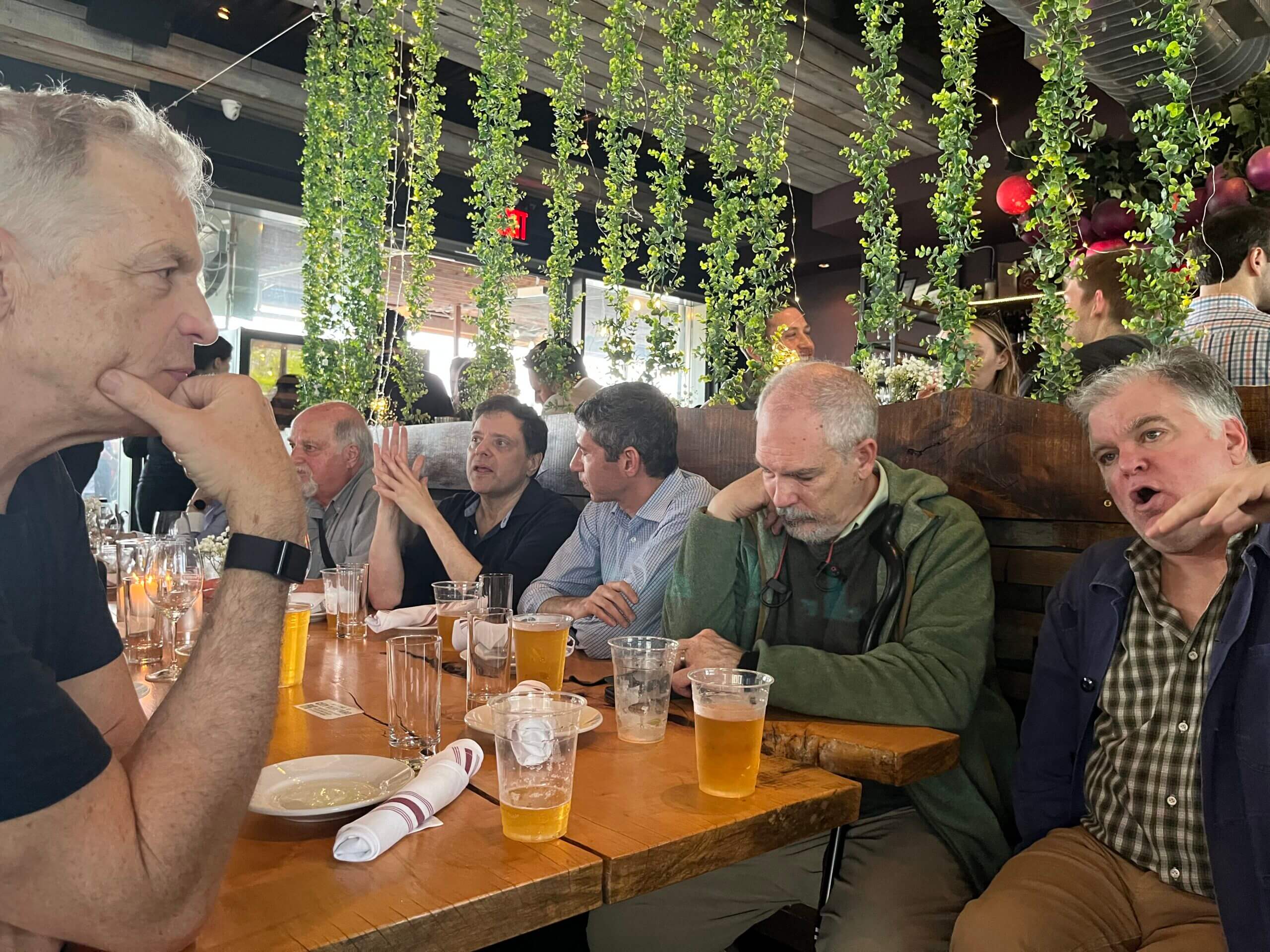 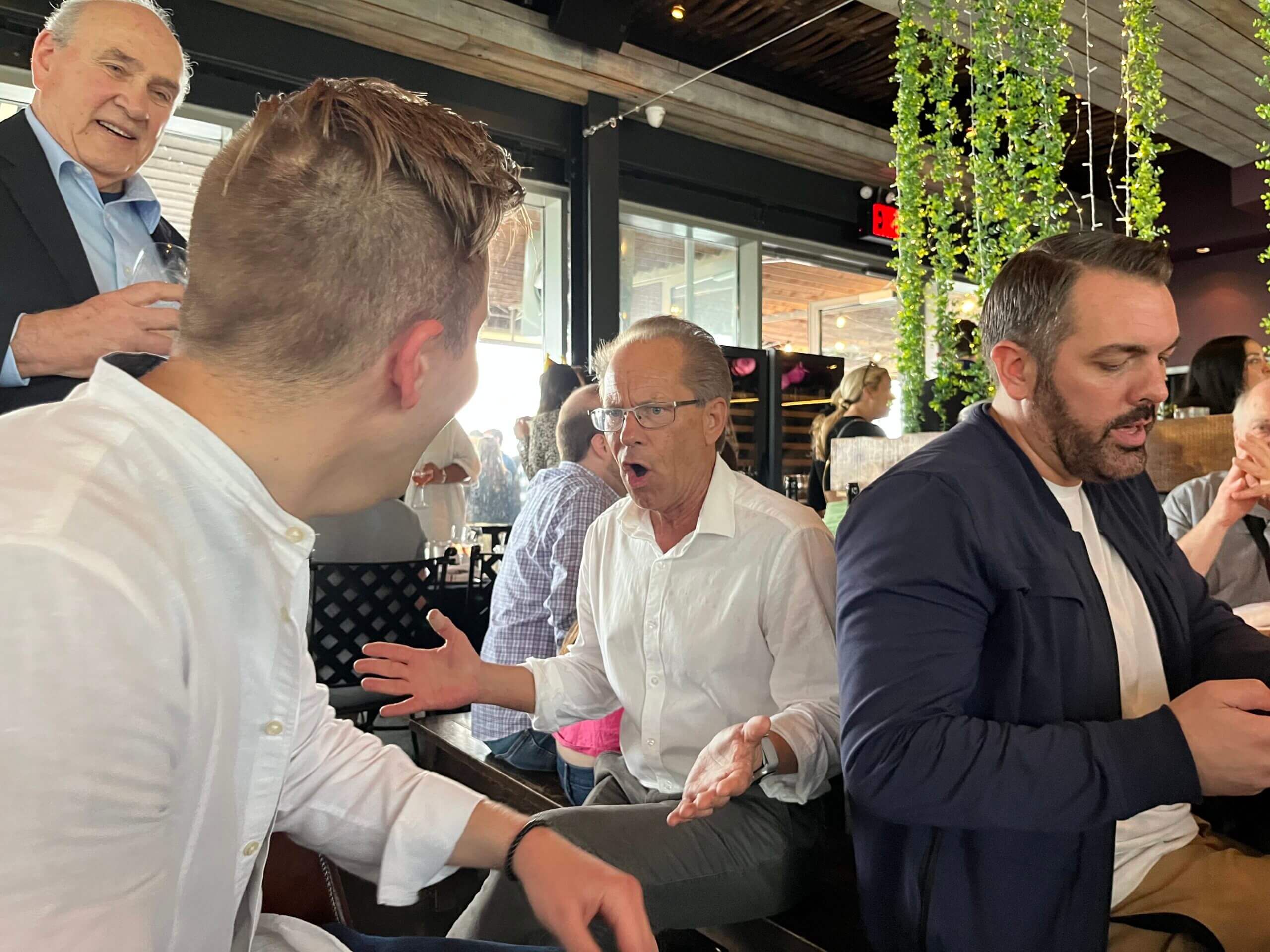 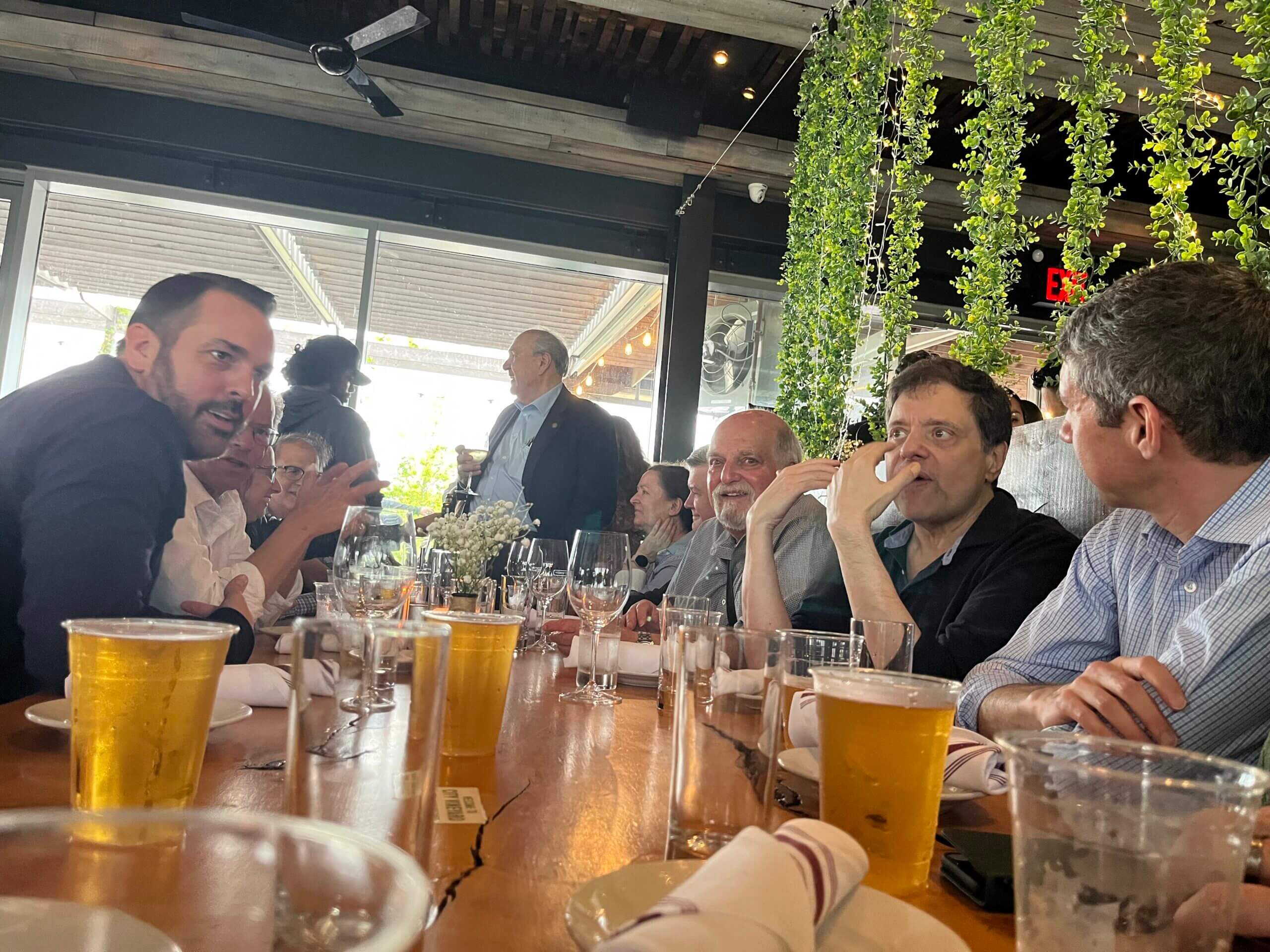 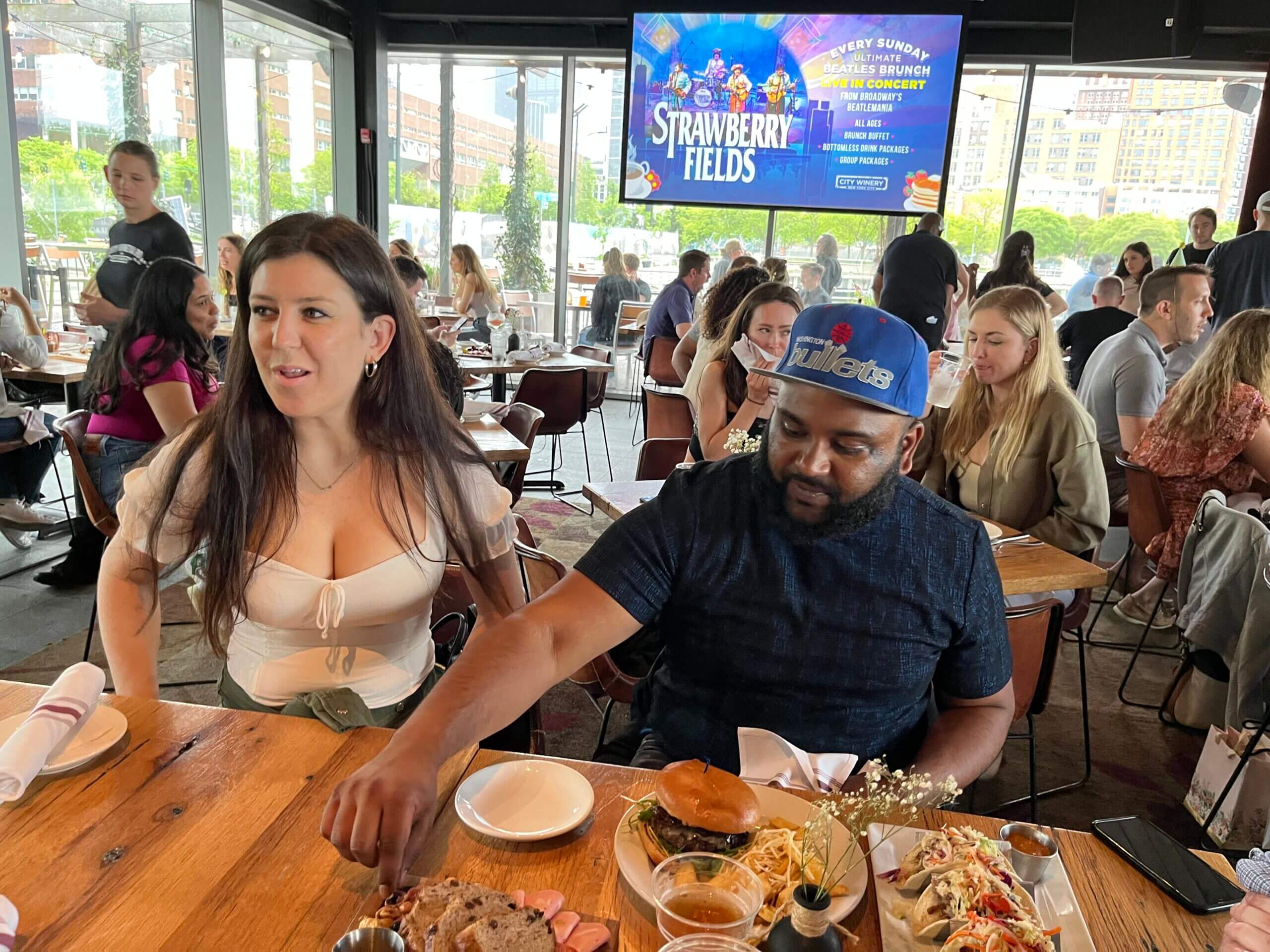 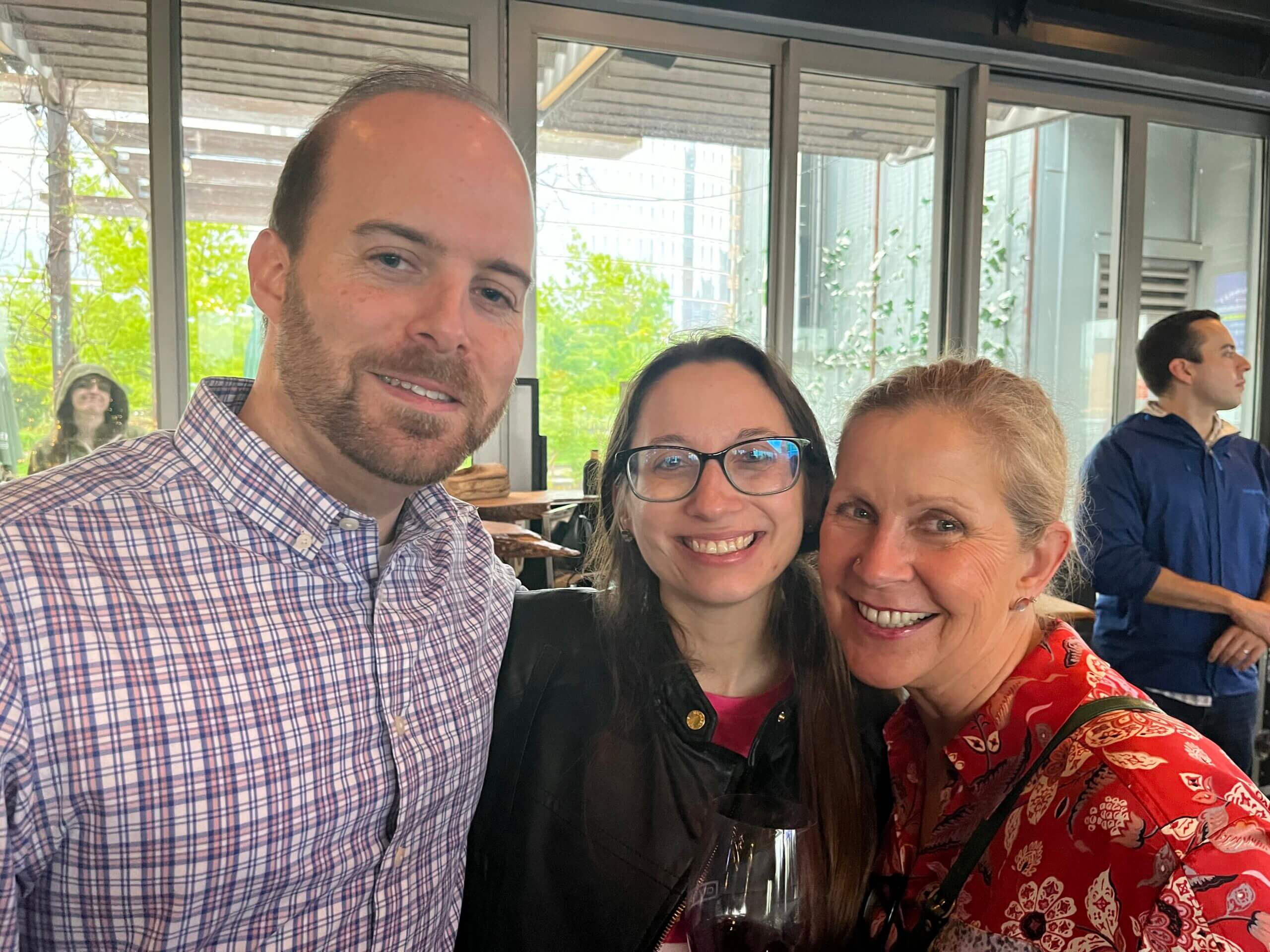 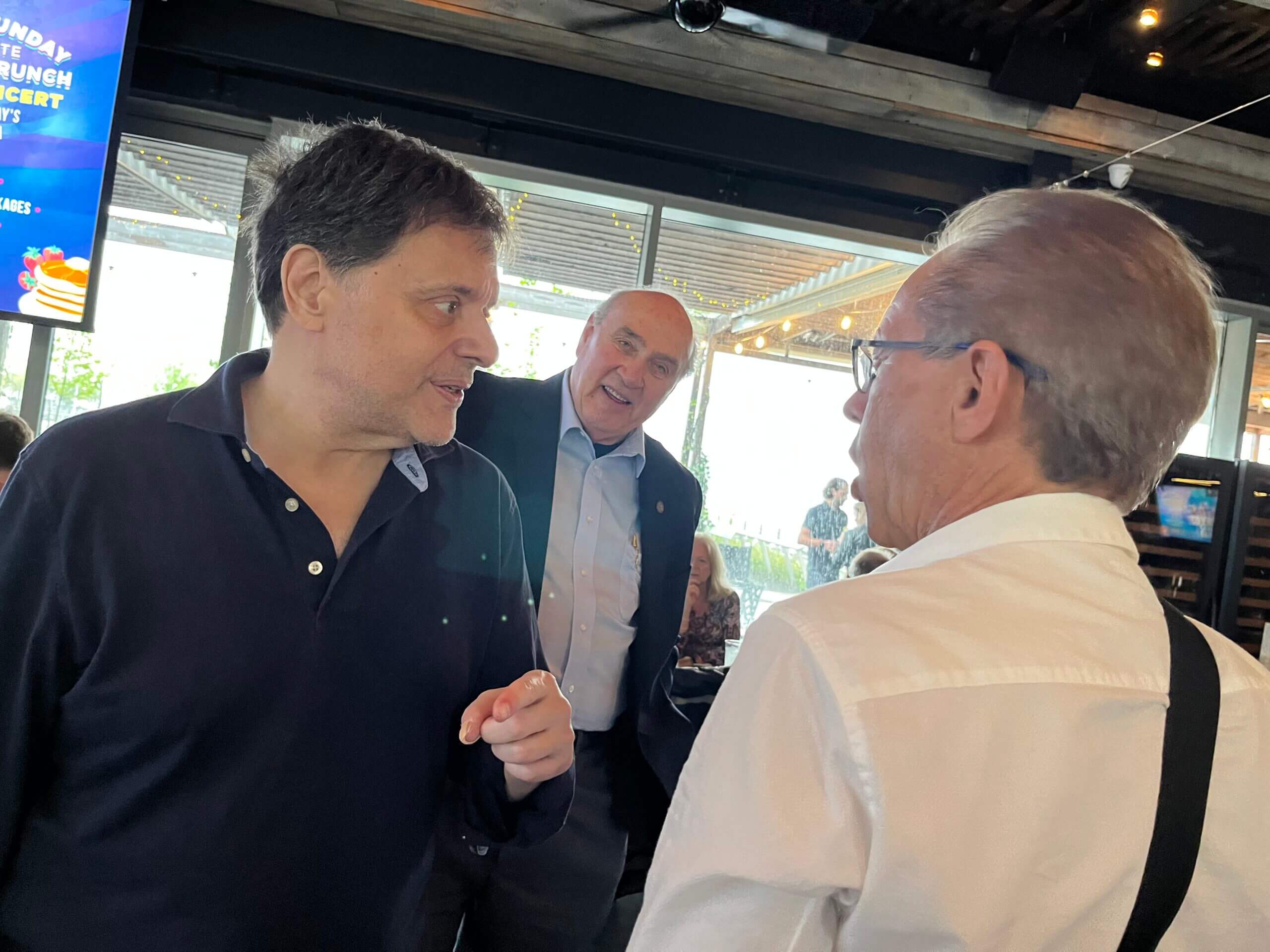 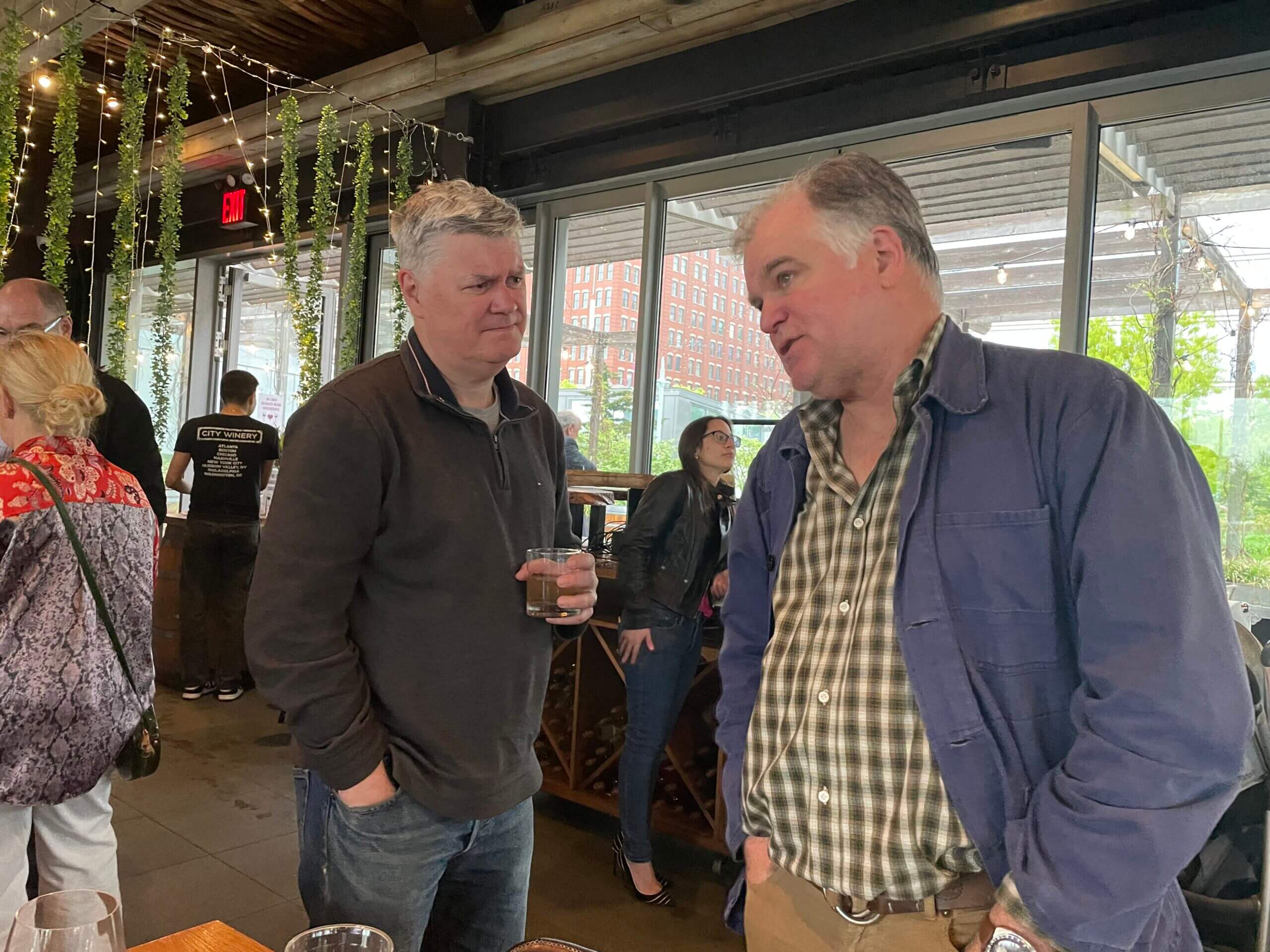 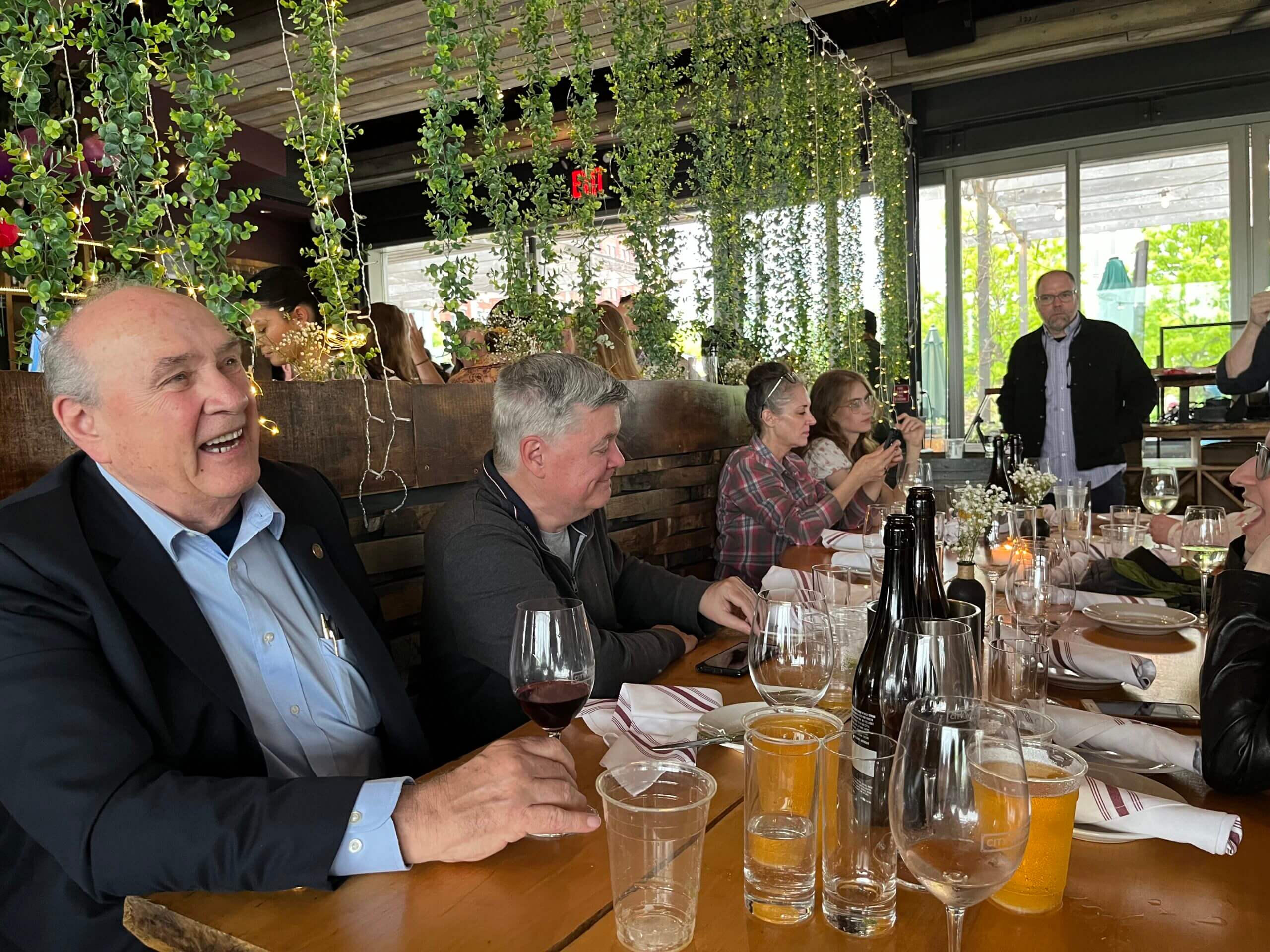 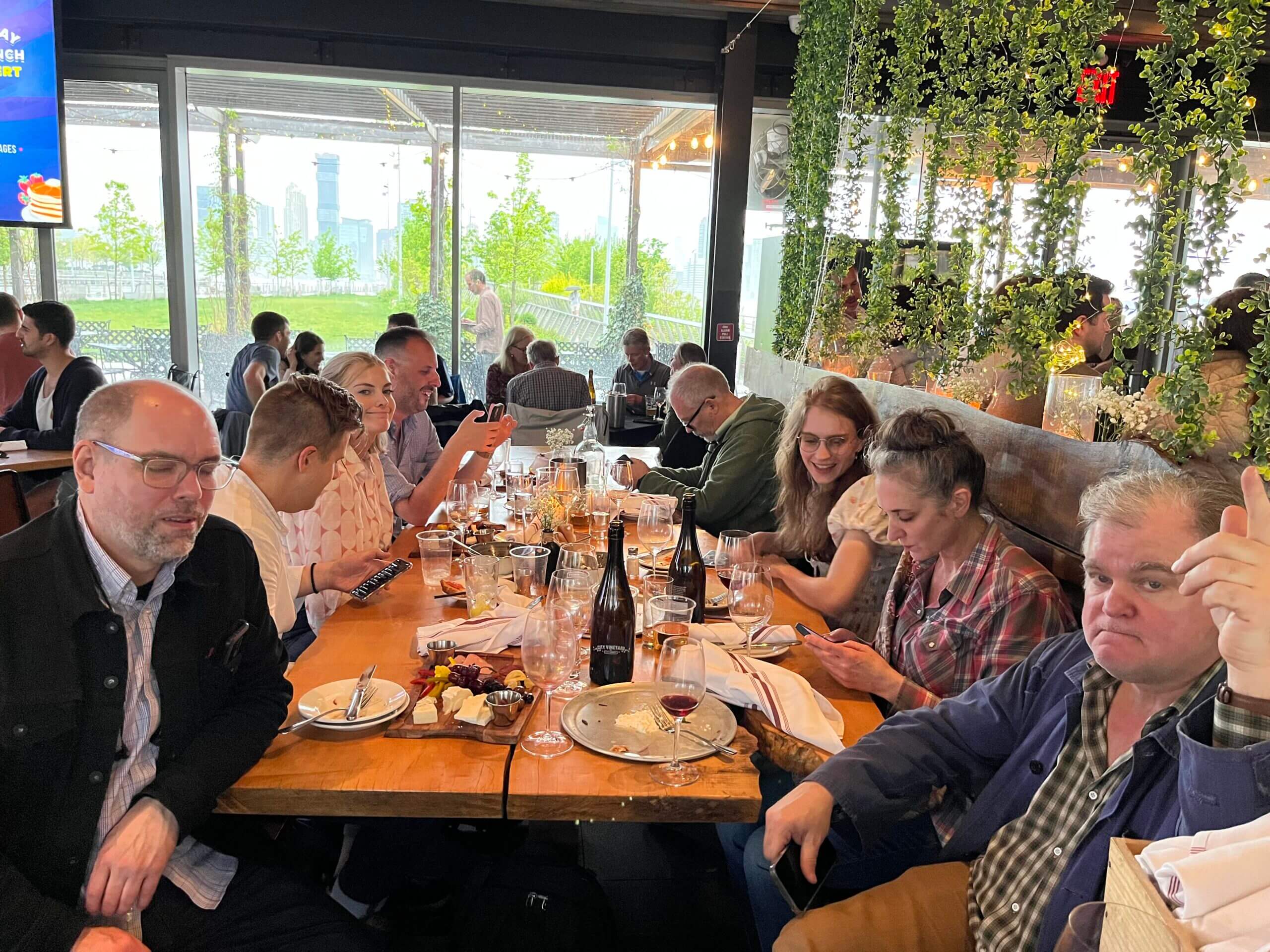 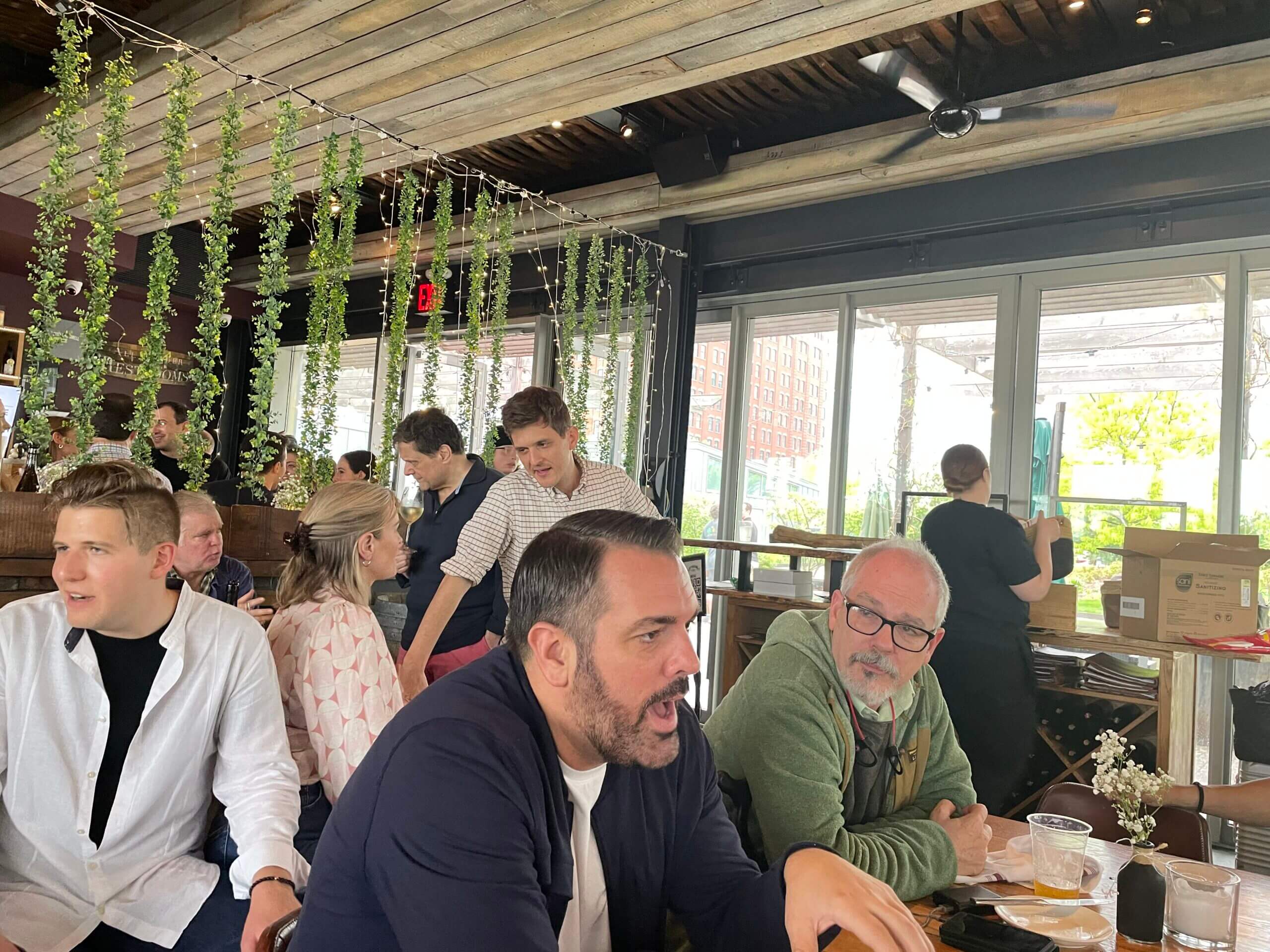 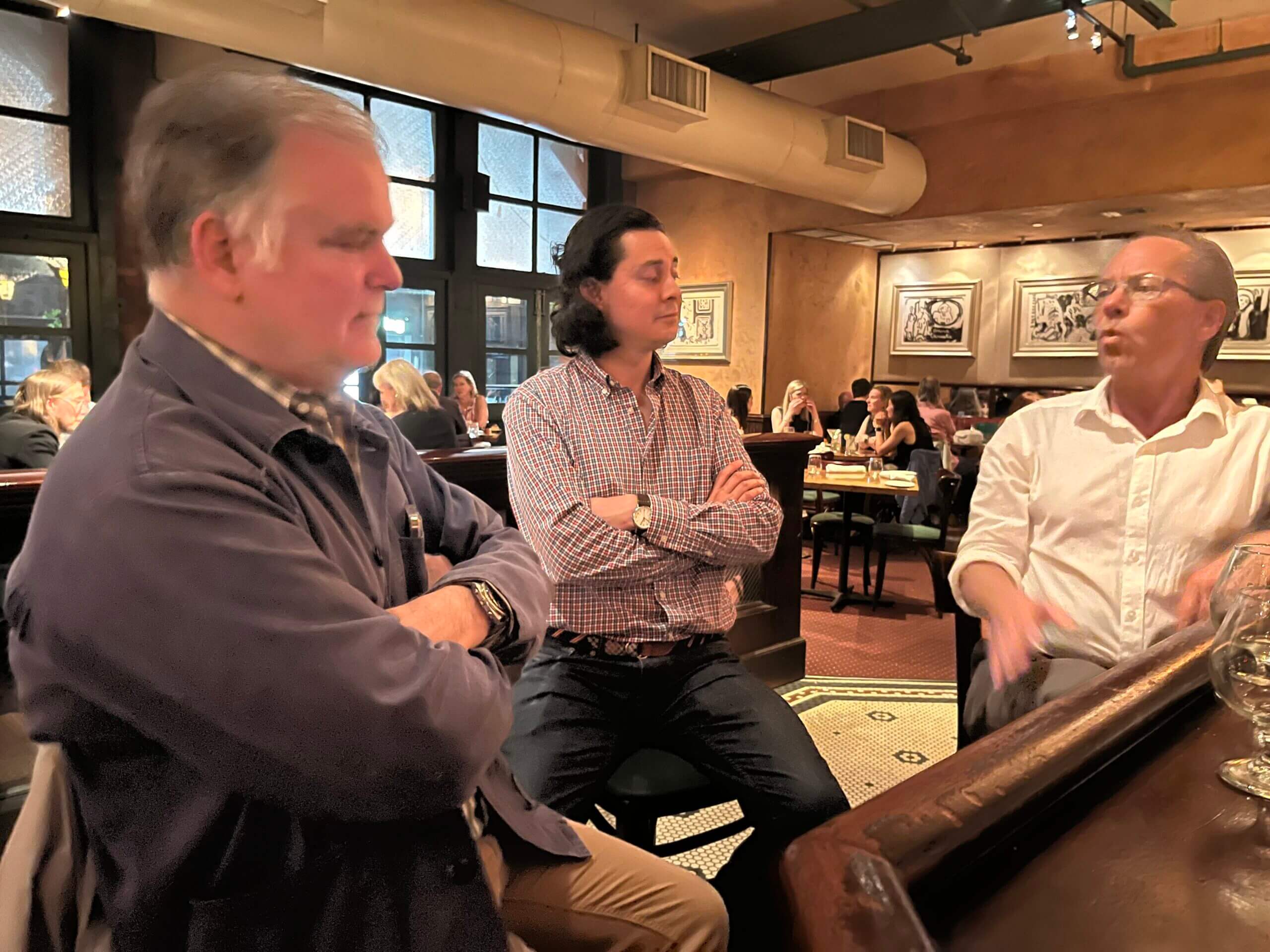 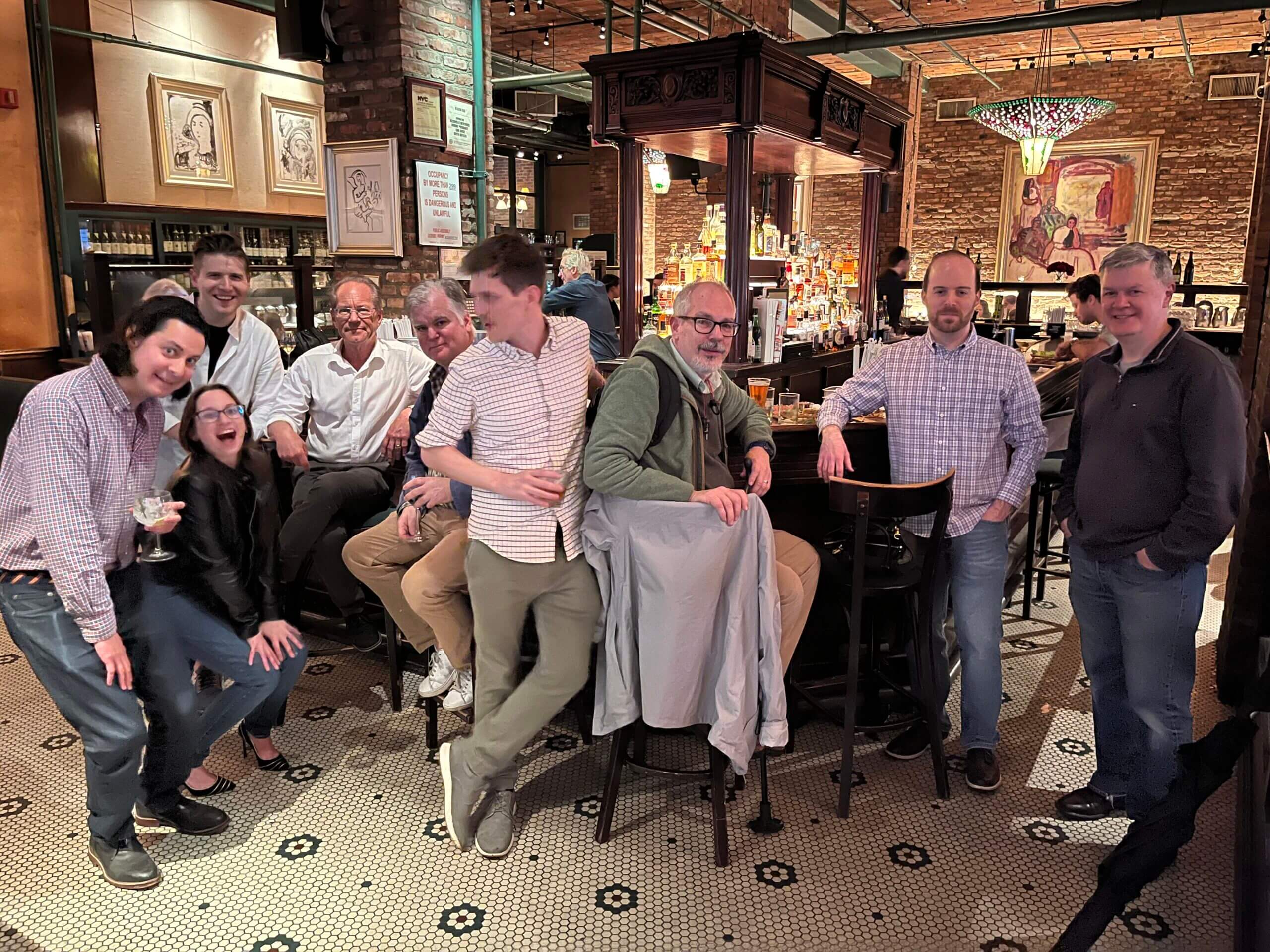 Published in Meetups
Tags: It's Time to Have Fun, Join Ricochet!, Ricochet Meetup