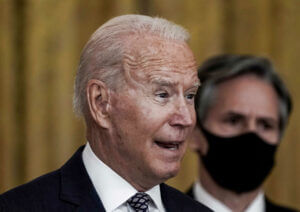 Every once in a while, I’ll dictate a quick note into my phone, usually while driving, about an idea that I think I might be able to turn into a post one day, if the mood should strike me.  Most of those ideas aren’t worth bothering with, and I just scroll past them later.  I was perusing that list today, and I was stopped by a brilliant prediction that I made back in 2018:

Trump’s presidency has been much more successful than I expected.  Or anyone else.  If he continues to do this well, the only way the Democrats will be able to beat him in 2020 will be to return to their pattern of nominating a young, attractive, relatively unknown candidate with a short inoffensive voting history and outstanding speaking skills.  Still probably lose.  But that’s their only hope.

So I look at Joe Biden, and I look at my prediction, and I think, “Brilliant prediction, goofball…”  But on the other hand, maybe I was right – maybe Biden couldn’t beat Trump in an election.  Maybe.  Not sure.  But regardless, the same thought occurs to me now.  I know that Biden says he’s running for re-election, but I just can’t believe that.  I also can’t believe that the Democrats will run Kamala Harris.  So I figure they’ll go find a Bill Clinton / John Edwards / JFK type.  But the supposed “party of youth” seems to have a very thin bench in the younger age brackets.

Their most likely candidates would be Elizabeth Warren, Bernie Sanders, or Michael Bloomberg.  Sanders and Bloomberg will be 82 in 2002.  Warren will be 74.  All are as old, unlikeable, and lousy at communicating as John Kerry, Hillary Clinton, and Joe Biden.  So surely not, right? 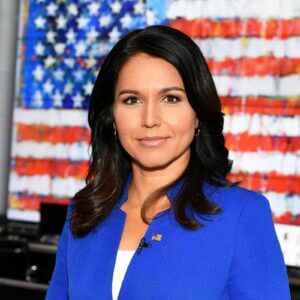 Tulsi Gabbard is obviously the most attractive, likable, and inspiring figure they have on their roster, and she’ll be 43.  She would be a good choice.  But there’s just no way the Democrats will nominate her.

Which leaves Pete Buttigieg (42) and Beto O’Rourke (51).  Unlike Bill Clinton, neither is a particularly gifted orator.  But unlike Joe Biden, both are capable of speaking English and making sense.  So maybe.  I guess.  But both are bland as Wonder Bread.  On the other hand, just 20 years ago, the Democrats nominated Al Gore.  So who knows.

But I just don’t see how the Democrats can hope to be successful by continuing their recent pattern of John Kerry, Hillary Clinton, and Joe Biden.

Democrats currently control the Presidency, the House, the Senate, most of the judiciary, the media, the educational establishment, social media, corporate America, and the entertainment industry.  Their power would seem to be near absolute.

But I look ahead, and I try to put myself in their position, and I think “The Democrats have a very serious problem, here.” 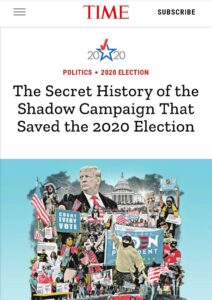 Or maybe they don’t.  They ran a corrupt, unpleasant, decrepit fool in 2020 and he won an unbelievable 81 million votes – an all-time record.  Without even campaigning.  Against a very successful incumbent.  Who was vilified by the press, like every other Republican President.  But as Reagan, Bush, etc., will attest, this is not a new strategy for the Democrats.

But still, a very successful incumbent lost to a corrupt, unpleasant, decrepit fool.  So maybe it doesn’t matter who the Democrats run.

It obviously didn’t matter who they nominated last time.  Maybe it will matter this time.