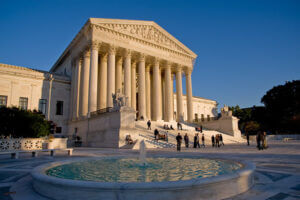 Is anyone really surprised about the violation of confidentiality and secrecy that has emerged from the Supreme Court? Certainly, the Supreme Court might have been seen as the last bastion of virtue in our government, where no one would have expected this kind of devastating assault on the most respected division of our federal government. But I would like to suggest that only the most naïve would believe that SCOTUS was immune to this type of attack, given the prevalence of criminal leaks, particularly over the last six years.

A person only needs to look at the record of leaks against the Trump administration during only the first two years: 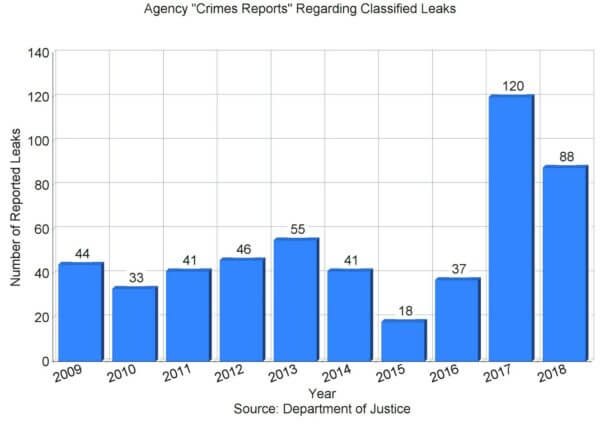 The number of leaks of classified information reported as potential crimes by federal agencies reached record high levels during the first two years of the Trump Administration, according to data released by the Justice Department last week.

Agencies transmitted 120 leak referrals to the Justice Department in 2017, and 88 leak referrals in 2018, for an average of 104 per year. By comparison, the average number of leak referrals during the Obama Administration (2009–2016) was 39 per year.

In spite of Trump’s first AG, Jeff Sessions’ assurance that the DOJ would investigate and they would make sure the leaks didn’t continue, they did.

The facts tell us that few criminal investigations are opened, and those that are completed provide insufficient information to prosecute. And those that were investigated were clearly retaliation against the Trump administration:

Two examples include the leaking of transcripts of Trump’s phone calls with foreign leaders to the Washington Post, and the disclosures about irregularities in the way the White House processed senior presidential adviser Jared Kushner’s security clearance to NBC News. It’s not clear whether either case was referred to the Justice Department by a federal agency, although U.S. Rep. Devin Nunes, R-Calif., then chairman of the House Intelligence Committee, said he filed his own referral on the transcripts.

The transcripts highlighted what many believed was bizarre and unsettling behavior on Trump’s part, and the security clearance disclosures showed that career officials had been overruled, something that rarely happens.

Since the odds of getting into hot water are minimal, the Left is willing to risk being identified, given that they perceive the stakes to stop the forces of the enemy are daunting. And, of course, integrity, truth, and tradition play no role in their decisions.

But, you say, the Supreme Court has a whole different history. Indeed, it does. And the Left repeatedly criticizes SCOTUS for decisions that don’t support its agenda. It feels threatened by the number of Conservative justices, even though they are not in lockstep for every decision. The Left fears that these justices will delegitimize its goals, and that they pose a danger to our democracy. So, whoever provided the leaked information probably sees himself or herself as a savior to the country, stopping SCOTUS in its tracks.

It is a tragic commentary on the state of our government, our citizenry, and the nation.