Polish Anti-War Activists staged a protest outside the Russian Embassy in Warsaw. Russian soldiers have been looting household appliances in Ukraine. They are doing more than that. Rape appears to be in the Russian arsenal as well as execution-style killings of civilians, and targeting hospitals, residences, and schools. Photo from Radio Free Europe: 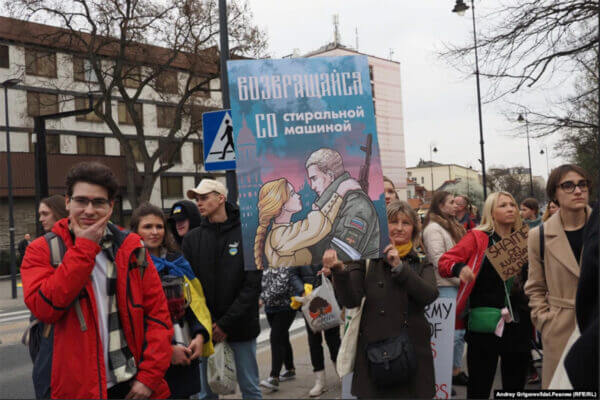 An illustrated placard with the words “Come back with a washing machine,” humorously alluding to alleged looting by Russian troops in Ukraine.