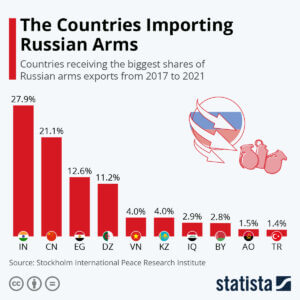 One of the many casualties of Putin’s war in Ukraine will likely be Russia’s global arms industry, which was already in trouble both financially and reputationally.

The appeal of Russian gear to foreign markets has long been:

Unfortunately for Russia’s arms merchants, the war has made their job much more challenging for three key reasons: