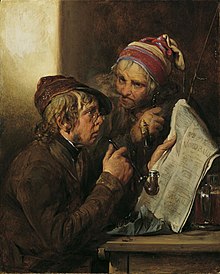 As we look at the disgrace that we call “the newspaper,” it’s easy to appreciate the wisdom of Jefferson’s comments. Back in his time, the publications made little effort to be ethical or objective. Personal attacks were rampant, rumors were popular and reputations were damaged. But at least to some degree, people knew what they were reading, knew what to expect, and probably ingested those rags with a grain of salt.

Over the years we were led to believe that newspapers had matured, become more reliable, ethical, and truthful. I have no idea who shaped those reports, but newspapers were supposed to be the watchdogs of government, protecting us from its abuse and misrepresentation. And to some degree, we bought the publishers’ stories; their occasional efforts to burnish their reputations were supported by their dogged reporting about scandals and controversies. But they exploited our trust and manipulated our thinking.

Today’s newspapers are more rags than in the days of Thomas Jefferson.

Published in Group Writing
Tags: Quote of the Day April 2022