Teigen v. Wisconsin Elections Commission (WEC) is an important case relevant to some problems with the 2020 election. It began with the Wisconsin Institute for Law and Liberty.  Here’s the WILL’s site on the case, and here’s an official info site from the Wisconsin court system.

True to the tone set by the WILL on page 4 of this report, they’re not out to say “The election was stolen!” without nuance, to accuse all illegally cast or counted votes of being Biden votes, or to say “It was all fraud!”  But they do want some clarity on what illegalities occurred in Wisconsin in the 2020 election, and they want Wisconsin to do better in the future.

And what did happen?

Alas! Illegally counted votes exceeded the Biden margin of victory in Wisconsin because votes cast in outdoor dropboxes and at Democracy in the Park were not legally counted!

First, I was apparently wrong before.  I was wrong when I said that these things were legal–fraud-enabling bad election practices, but legal.

Unless I’m wrong now.  But I think I’m right now.  Obviously, that’s what I think, but you can be the judge: Look at the arguments below!

Third, this case is on its way to the Wisconsin Supreme Court, which may yet rule differently.  If that happens, I can only hope that I have the time and ability to figure out their argument.  I don’t expect to change my mind again on this, but, if I did, it wouldn’t be the first time!

So What’s Going On Here?

No more delays: Let’s lay out the basic facts!  Here they are, as near as I can tell.

The envelope shall be mailed by the elector, or delivered in person, to the municipal clerk issuing the ballot or ballots.

The laws do not provide for a bunch of outdoor dropboxes for collecting absentee ballots.

However, in 2020, Wisconsin cities did use a bunch of outdoor dropboxes.

Tens of thousands of votes were cast and collected in this unfortunate manner.  About 74,000 votes in dropboxes altogether.  Some of those were indoors at a city clerk’s office, and I cautiously guesstimate that about half were in outdoor dropboxes: 37,000 of them.

Casting votes in this manner is probably not any kind of a crime, but it could be improper.  And the law specifies that absentee votes thus cast improperly “may not be counted.”  So if they were cast improperly according to this law, then they were also counted illegally.

And Wisconsin courts have (so far) ruled that they were not properly cast.

So Are the Courts Right So Far?

Sadly, it would seem so.  My earlier view–considering chapter 6, section 87, by itself–was that these votes were properly cast and legally counted.  The logic was simple:

The first premise of this argument is guaranteed by chapter 6.  The second premise seemed true to me since the dropboxes were under the control of the city clerks.

My view has been changed by thinking through chapter 6, section 855, of the laws of Wisconsin.  Section 855 gives some rules for voting at an alternate site.  This gives us a new argument, which overrules my earlier optimism:

Premise 1 is not controversial; the rules in section 855 were not followed.

And does every alternate site fall under the jurisdiction of section 855?

It looks that way to me.  We can reason this out more slowly if we need to, and I have–see the final paragraph of this post!  But, for now, let’s just cut to the chase: Here is what I take to be the clincher argument:

The conclusion of this argument is guaranteed by its premises, and every premise looks true to me.

Now I say: The law is the law, and 855 is not a pointless law that accomplishes nothing, and therefore Section 855 does apply to all locations outside the clerk’s office where some functions of an election are performed.

In short, chapter 6 tells us that, if an absentee ballot in Wisconsin is not delivered by mail or in person at the city clerk’s office, then it had better be in the functional equivalent of the office, an alternate site operated in accordance with Section 855.

So these outdoor dropbox votes were not cast properly, and they were illegally counted. 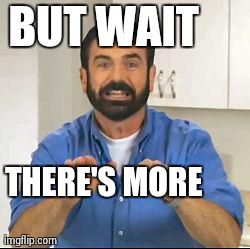 The city of Madison, Wisconsin, did something called “Democracy in the Park.” Like the outdoor dropboxes, it also had some functions of an election happening outside the clerk’s office–and not in a manner consistent with section 855.

And that means, by the same reasoning, that these votes also were improperly cast and could not be legally counted.

And, as before, they were illegally counted.  (Of course.)

And that affects about 17,000 more votes in Wisconsin, joining our estimated 37,000 illegally counted dropbox votes.

And what was the Biden margin of victory again?

Here are what I take to be the main takeaways of this epically facepalmy episode.

Second, there is solid evidence that illegally cast or illegally counted votes exceeded the Biden margin of victory in swing states.  Some of that evidence has won some important fights in court.

But, third, there are related, and worse, forms of illegality.  The whole reason we have these rules for casting and counting ballots is to prevent cheating.  These illegalities made cheating easier, and it’s likely that someone took advantage of it.  People are people, and many people are corrupt.

And is there any evidence that much cheating took place in 2020?  An organization called True the Vote has been working on that, and they say: Yes!  You can look up their information here.  I hope to look over their newer news myself soon, but . . . I haven’t–yet. Stay tuned, I guess.

Meanwhile, more details on Teigen and related matters in Wisconsin are in chapter 6 of my big Ricochet post here (or, for off-Ricochet, here).