Hello everyone! Did you miss me? Were you celebrating my absence? Or are you among those who have no idea who I am/was? Doesn’t matter, here I go!

About six years go I decided to attend my district’s GOP caucus in Utah. The only other one I attended was back at the turn of the century when I lived in Blaine, MN, and we managed to nominate Alan Keyes for president in that state. So far, the Utah caucuses … caucususes … coccus … cauci … whatever … are less raucous, so there goes that joke. This year was informative as Utah had just redistricted so there were some growing pains here and there. Our district shaved some on the east and west and grabbed some voters from the south. They’re ours now for at least the next ten years so don’t even try and get them back.

Why would I attend caucus? Well one answer, really:

Actually, that was a bad clip to use. Several answers apply., really. For one, it is important to participate in the process. A lot is happening on all levels and just throwing up my hands and staying out of things is a recipe for despair. Despite the fact that I’m terrible at socializing, I do like that there is a social aspect that’s missing in just casting a ballot. I got to meet people in my voting precinct and we could discuss our thoughts briefly.

The process begins in lines at a local junior high school. Luckily I’d filled my tank of gas earlier today before higher prices hit, and so this line felt a lot shorter and seemed to move at a fair pace. It’s all about perspective folks! Anyhow, the volunteers are given a list of voters, alphabetized, and printed in the tiniest font the print that could be managed and still arguably allow them to read voters’ names from the list. Once again I get the joy of spelling my difficult last name in a crowded room with several people talking as a volunteer squinted over their list trying to determine if they’ve located “S-e” or “S-a”. 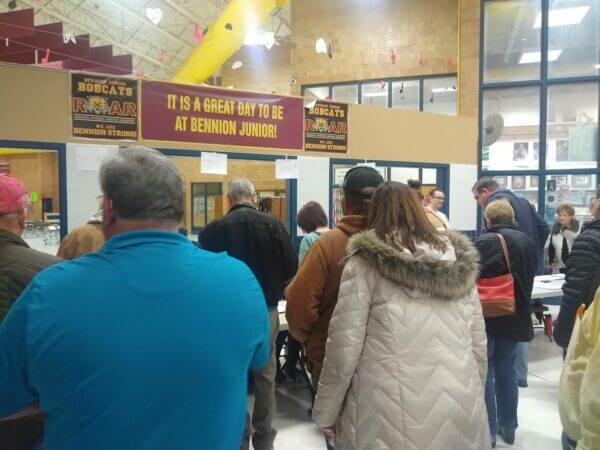 Everybody, get in line.

But wait! Before the line, our district’s state representative was there to gather signatures so he could run for re-election in the newly formed district borders. With his station, he had donuts for caucus-goers. I of course I could not partake as I have given up sugar for Lent. No donuts for me. Curse your black heart, Jim Dunnigan! You have become my arch-nemesis! Anyhow, I grabbed one for my lovely wife. My loss is her gain.

After locating my precinct, writing that, and what room I need to go to, we’re first ushered into the school auditorium to wait while everyone gets checked in. 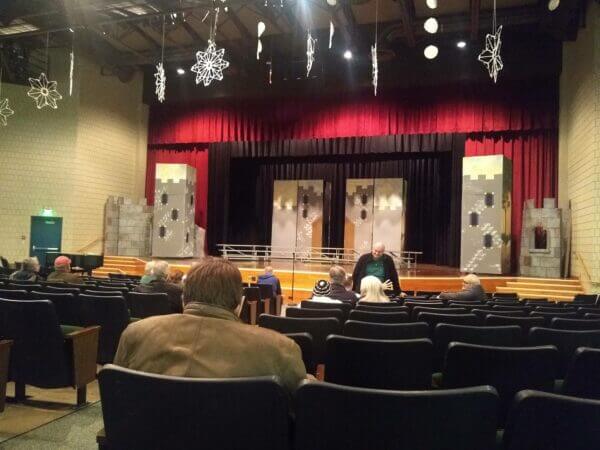 I was hoping they’d incorporate the junior high’s set pieces in the intro meeting. I was sadly disappointed. 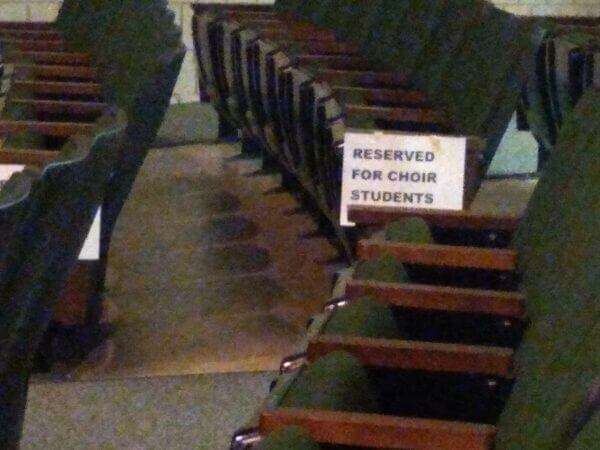 Our representative, state senator, and county council member all give brief speeches. Between the ones holding the event and elected officials, we’re drowning in gratitude. 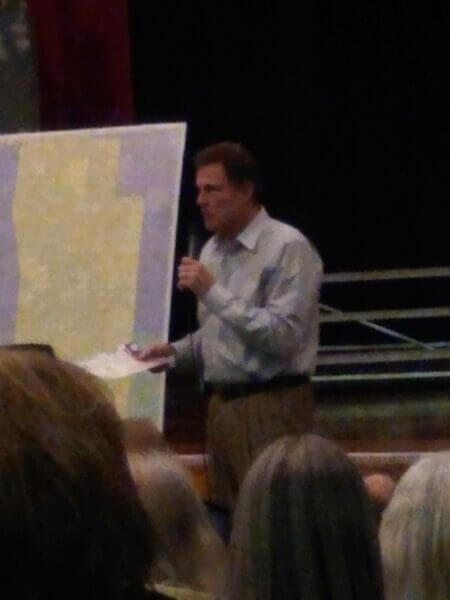 The event begins with prayer done LDS-style because, despite the growth in the past decade, it’s still the majority religion here. I suspect some attending the meeting would be shocked to find non-LDS Republicans in their midst. Given the attendees, I may have been the only outlier. We follow with the pledge of allegiance, get thanked and thanked again. As a requirement for these, the Utah GOP party platform is read aloud. Finally, we’re excused to the various rooms. 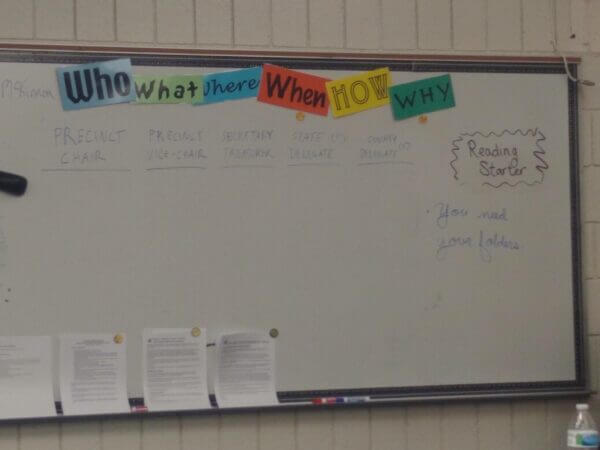 There are the offices and — crud — I forgot to bring my reading folder!

If you’ve read my previous, you might recall that my first Utah Caucus precinct meeting was attended by all of five people including myself. Well, bigger precinct, bigger attendance folks. This time there were nine people! The first order of business was electing new precinct officials: Chair, Vice Chair, Treasurer, and selecting our state and county delegates. Our precinct population being small, we had one state delegate to select and two county.

We kept our current chair in place, and on a lark I volunteered myself for Vice Chair. All precinct officials ran unopposed and once again people made the mistake of giving me a little power.

The only contest we had in our group of nine was for the State Delegate. The current one was nominated again, and our Chair decided to throw his hat in the ring and I figured why not do it too? We all gave one-minute speeches and the votes were cast. I got one vote. It was mine. I don’t like democracy anymore. Booooooo. Anyhow, our current delegate won reelection. A glutton for punishment, I threw my hat in the ring again for County Delegate. Another member was nominated and since there were only two nominees, I was voted in again! Woohoo! I love democracy again! (I’ll forgo Palpatine for a third time.) 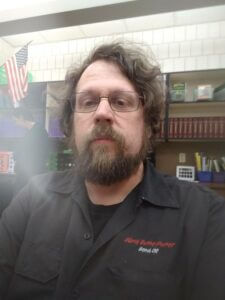 Here I am. They clearly made a good choice.

With so few showing for the vote, our precinct meeting ended quickly. I chatted a little with Greg, my fellow county delegate, as he wanted to hear more about my home state and the city of Portland. Turns out Greg went to Portland for his mission trip. We talked about what we loved about that area, and about Portland’s long and stark decline. Of course, Ukraine was another topic of discussion. COVID, which was alluded to with some humor several times, never came up as a concern. No one in our precinct bothered with a mask (though there were some in the district), and it didn’t seem a concern amongst anyone in our precinct meeting.

And there we have a brief summary of my rise to power. Or something. Saturday, April 9, is the County Delegates meeting and if you enjoyed this summary, I’ll be sure to summarize that somewhere after that meeting. If you didn’t like this post, well, there’s your warning of what’s to come.

Last night I learned that the Republic belongs to those that show up, and a lot of people will let you do a thing if it doing it themselves means too much obligation on their part.

Off I go to do Vice Chair and Delegate stuff!