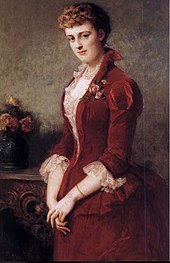 “There are two ways of spreading light: to be the candle or the mirror that reflects it.” — Edith Wharton

We all probably know people who are the life of the party: they are enormously clever, funny, and bright, bringing everyone to uproarious laughter. They seem to be naturals, able to engage in an intimate yet dramatic way. I am in awe of the way they seem to reach people effortlessly, drawing in all of us with a poignant or silly story.

I had a friend named Jim who was like that. He was satisfied to listen to others, but when he turned on his charm, he seemed to be surrounded by an aura that lit his path and drew everyone to him. We talked about it once, and he said that this particular gift could be a burden and a blessing. It was a blessing when he was in the mood to be the life of the party; but it was a burden when people expected him to turn on his light on their demand. He said, without arrogance, that he was a moth that drew others to his flame.

I am not, and will never be, that kind of person; it is a life that is best suited to extroverts, people who like to engage often with others and be center stage. For people like me, it takes far too much energy to “be the candle”; instead, I prefer to be the mirror that reflects its light.

There are many ways to describe this metaphor of the candle and the mirror. For me, it means being a person for people who “seek out the light,” or a way to clarify their own ideas. I enjoy being a sounding board, sharing what I know when I’m asked, and engaging in discussion when the topic demands deeper investigation. I appreciate the opportunity to not only reflect on others’ ideas, but to hold up the mirror to the ideas they provide for me. The rare times I am the candle is when I think a topic requires a challenge, an exploration of its merits, and then I am willing to take center stage. But I dislike feeling compelled to behave in this way; it saps me of energy and is often unappreciated.

So, when people stand on their soapboxes and demand to be heard, I often walk away. They are uninterested in exploring the subtleties of the light they are trying to shine; they prefer to overwhelm you with their brightness, and there is little room for diving deeply for understanding. Instead, I prefer people who share my goal of reflecting the gentle luminosity for each other, and being the mirror for each other’s ideas.

That is where human flourishing takes place.

Published in Group Writing
Tags: 2022 January Quote of the Day, The Light