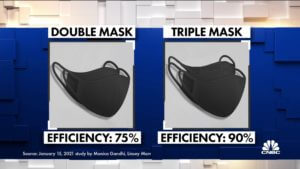 I was listening to a Bari Weiss podcast and she dropped the word “safetyism” (the context was discussing how to address overly aggressive COVID measures) which was frankly new to me. After some searching, I found that it was first coined in The Coddling of the American Mind. I had heard a great deal about the magazine article and subsequent book at the time. I never read them because the premise seemed obviously true to me.

Anyway, the authors’ definition of safetyism is “a culture or belief system in which safety (which includes “emotional safety”) has become a sacred value, which means that people become unwilling to make trade-offs demanded by other practical and moral concerns.” I think the focus at the time was more on trigger warnings and supposed psychological effects rather than physical safety. However, at the moment I want to talk about physical safety.

While of course the refusal of people and institutions to even briefly consider whether there were trade-offs in dealing with COVID, I think that there is a pretty obvious progression of this faulty thinking. Going back to my military service, the safety office on Air Force bases was the subject of much derision. I remember the local safety NCO (northern Mississippi) posting a notice in the gym one morning that people shouldn’t run outside as the temperature would drop to 20 that day. I had arrived there from Grand Forks, ND, a month prior and told him that I’d be just fine, thank you very much.

Don’t get me wrong; safety observers play an important role in fire and other emergency services, but there is always the risk of sliding past prudent caution into full-blown ridiculousness. I was talking to a veteran incident manager about a big wildfire where they had to fire the safety manager after he demanded that firefighters had to wear their emergency shelters in the dining hall line.

I guess when safety measures jump the shark we can call them “Karenism.” (I’d love to think I just coined that but it was too easy).

A couple of other points.

I have noticed that every time I had to deal with a safety guy in the corporate world, their business cards had these multiple character certification acronyms after their names. I’m always immediately suspicious when someone feels the need to add these obscure certifications to their card. We used to joke in the military about how the shorter the office symbol, the more important you were, and this seems like the same principle in action.

HR is the manifestation of safetyism in corporate employment. HR will never tell a manager to take any risk to support corporate goals.

This is sort of a companion piece to my conversation on moving on past COVID. I guess the conclusion is that what’s going on isn’t some huge sea change. It’s the next step in something that’s been growing for decades. Which is very frightening.