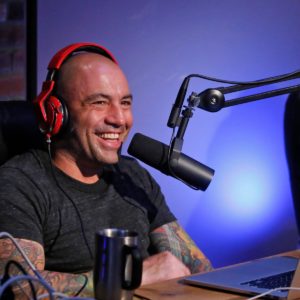 I don’t understand.  I’ve never had patients send me links to podcasts about high blood pressure or gastroparesis, but with COVID, it’s every day.  I’ve never been threatened by insurance companies that if I use a certain drug to treat a certain disease, they will remove me from their plans.  I’ve never been threatened by the CDC that I could lose my medical license if I don’t repeat whatever it is they’re saying today.  This is so odd.  I really don’t get it.

Joe Rogan must be thinking the same thing.  Some group has demanded that Spotify no longer carry Mr. Rogan’s podcasts (which average 11 million listeners EACH), with a letter which includes the following passage:

The episode has been criticized for promoting baseless conspiracy theories and the JRE has a concerning history of broadcasting misinformation, particularly regarding the COVID-19 pandemic. By allowing the propagation of false and societally harmful assertions, Spotify is enabling its hosted media to damage public trust in scientific research and sow doubt in the credibility of data-driven guidance offered by medical professionals.

So they’re worried about an entertainment streaming service hosting a podcast by a stand-up comedian because they disagree with one of his guests.  Strange that they chose this particular guest.  Think of some of the other guests that Mr. Rogan has spent three hours with:

Bob Lazar is a physicist who claims to have worked on covert operations within Area 51 that were focused on reverse engineering alien technology taken from alien spaceships in the possession of the United States government.  Who knows, right?

He discussed with Graham Hancock his belief that human civilizations extend back much further than what is accepted in academia.  Graham also theorizes that these civilizations excelled in arts, science, and technology at levels we can not even comprehend.  These civilizations and their progress have since been wiped clean entirely due to dramatic shifts in the earth’s composition. 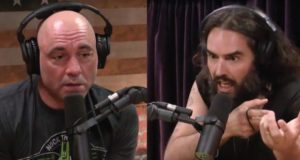 He’s had Sam Harris on, who proposes that science can be used to identify values, which he defines as “facts that can be scientifically understood: regarding positive and negative social emotions, retributive impulses, the effects of specific laws and social institutions on human relationships, the neurophysiology of happiness and suffering, etc.”

I could go on and on.  He’s had a lot of guests (around 1,800) with a lot of controversial beliefs.  That’s why he has them on — their outside-the-box thinking makes them interesting, and makes for entertaining podcasts.  I’m not criticizing these guests or anyone else.  They may be right about some of these things, even though their beliefs are considered to be outside mainstream thought.  I admire Mr. Rogan for at least listening respectfully to them, even though I suspect he doesn’t buy all of what they say, either.  At least he listens.

Once a guest says something provocative about COVID, then Mr. Rogan changes from a stand-up comedian to a threat to humankind.

I find it fascinating that liberals hate Mr. Rogan.  He voted for Bernie Sanders, but he’s hated by leftists.

Why?  Because he listens. 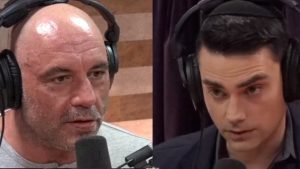 He has people on his show that he doesn’t necessarily agree with, but he politely asks questions, and respectfully listens to their answers.  Leftists hate that.

And conservatives love it.

And leftists are open-minded, and conservatives are closed-minded.

I don’t understand.  Neither does Joe.

But we can’t learn anything when we can’t talk freely. 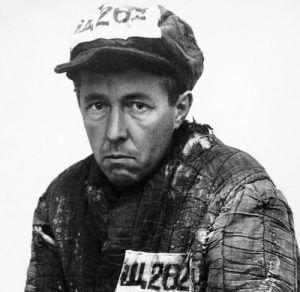 I had a patient tell me that she was glad that the “COVID fake science” theories were being taken off of Twitter and YouTube.  I asked her when, in history, has censoring ideas, and destroying those you disagree with — when has that, in retrospect, been a good idea?  When have the book-burners ended up being the good guys?  Has that ever happened?  Ever?  Perhaps — but I can’t think of an example.  She couldn’t either, but she was peeved for my temerity.

Tough.  It’s ok to be peeved.  That’s what happens when you disagree.  We argue our point.  Sometimes we get peeved.

But when we’re not allowed to disagree, then things tend to escalate beyond “peeved”.

Disagreeing is better than stifling.  Let the pot boil sometimes.  If you try to contain it, it will blow up.  Eventually.  Every single time.

This is scary stuff.