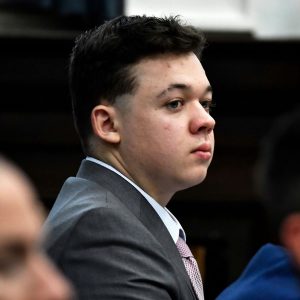 America’s most famous high school student, Kyle Rittenhouse, has applied for college. As many of his peers have done. His application to Arizona State University has stimulated more interest than one might expect from some kid from Wisconsin. Remarkably for a 17-year-old kid, he has supporters and detractors. Here’s a quote from one of his ASU student supporters: “He’s an American who has committed no crime. He contributes to society the way any other American contributes to society who is not imprisoned. We should have zero bias towards him whatsoever, of what school he goes to or where he wants to be educated at, because he was acquitted. He has not committed any crimes, so he is free to go where he wants to go.”

Compare that to a statement from one of Rittenhouse’s ASU student detractors: “The American justice system does not acquit plurality. They are not the objective morality in America … they are founded on genocide … slavery … Their morality is based on White supremacy, so the American justice system does not work for people outside of that umbrella.”

I find it easy to agree with his supporter because I understand her point. On the other hand, I find it difficult to argue with his detractor because I honestly don’t understand what on earth he’s trying to say. I suspect that if I did understand him, I would probably disagree. But I’m not sure. Because, well, honestly, you try to translate that steaming pile of academic insight. I’m too far removed from college — I’ve been immersed in reality for too long. I’m no longer fluent in bull$%&#. The conservative student sounds earnest and straightforward. I wonder how the other student can say such things and not giggle. But he does. So he probably gets good grades. Because, as former President Barack Obama said, he’s been taught to believe his own bull$%&#.

If my belief in my own ideology required me to make no sense whatsoever, I’m not sure how long I could keep up the charade. Perhaps the plurality morality umbrella kid will grow out of it one day. 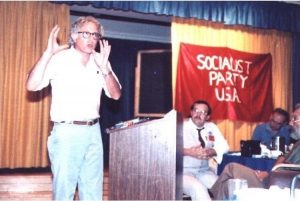 But Bernie Sanders hasn’t yet, and he’s nearly 80 years old.

Leftism has progressed from a short-term affliction to a lifelong, chronic disorder with no known cure.

We need to find a treatment. Quickly.

And if you think that the treatment will simply be exposure to reality, I think you’re being optimistic. Perhaps naive. In fact, even at 17 years old, Rittenhouse might think you’re somewhat beyond naïve …

Published in General
Ricochet editors have scheduled this post to be promoted to the Main Feed at 7:05AM (PT) on December 3rd, 2021.