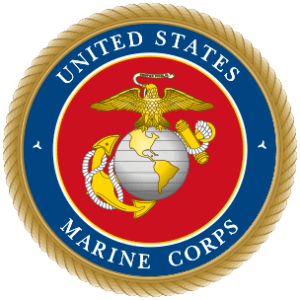 Lieutenant Colonel Stuart Scheller was court-martialed on Thursday, October 14, charged with five counts of violating the Uniform Code of Military Justice including: showing contempt towards officials; showing disrespect towards superior commissioned officers and failure to obey an order or regulation.

He pled guilty on all counts, as he surely must have, given his call for “accountability” in the ranks.

Prior to the hearing, a deal was reached between prosecutors and the defense team, in which Scheller agreed to accept a maximum punishment of a letter of reprimand, forfeiture of two-thirds of a month’s pay for a year, and the processing of his request to resign from the Corps, the disposition and type of discharge to be determined by the Secretary of the Navy.

The judge in the case, USMC Colonel Glen Hines, unsurprisingly accepted Scheller’s guilty plea, finding him so on all counts.

In something of a surprise, however, the judge did not impose the agreed-upon maximum sentence, calling for the letter of reprimand, and the forfeiture of only $5,000 of one month’s pay.  (He stated in his verdict that it would have been his preference for Scheller to forfeit the amount for two months of pay, but that he gave Scheller credit for time served in the brig.) Scheller will now begin the process of separation, and the type of discharge he receives (honorable, general, other than honorable, bad conduct, dishonorable) will be at the judgment and discretion of the Secretary of the Navy.

In his ruling, Col Hines also sharply criticized the prosecutorial (ie: USMC) handling of the case, saying that the entirety of Scheller’s videos showed a man who appeared “to be in pain,” “confused,” and “significantly frustrated,” rather than the violent revolutionary portrayed in the prosecution’s testimony. He was also critical of what appear to have been leaks to the press about Scheller’s character and mental health status, as well as his pre-trial confinement, saying that they raised the specter of “unlawful command influence.”

All in all, an interesting conclusion to the case, in which no-one involved got off scot-free.

That happy outcome, apparently, is reserved only for those at the highest levels, and those in charge of the debacle for which Scheller’s outspokenness and unflinching honesty cost him his career.

“I am standing here today pleading guilty; this is me accepting accountability. But it deeply pains me that my senior leaders are incapable of being as courageous.” — LtCol Stuart Scheller, at his court-martial, October 14, 2021