I completely understand why it was necessary to relieve him of duty.  What chaps my hide (channeling the late Boss Mongo) is a comparison between LtCol Scheller and this person: 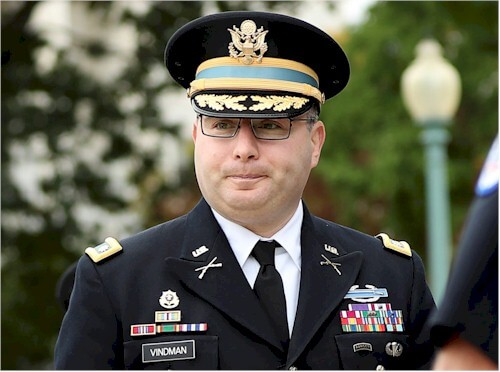 It has nothing to do with the rather porcine appearance of one and the Hollywood Handsome looks of the other.  (TBPC, it didn’t occur to me that LtCol Scheller might be Hollywood Handsome until it was pointed it out on this thread.  So sue me. I’m an old lady and my eyesight isn’t what it once was.)

It has more to do with the fact that, if an LTC or LtCol (got to get those abbreviations right!) who’s a serving member in the United States military wishes to draw attention to the shortcomings of his superiors, the apparent right way to go about it is to sneak into the corridors of power, conspire with the political opposition, insure the compliance and protection of the state-run media, and then spend days on state-run television embroidering your pretty thin story while you amplify the importance of your own role in coming forward at the same time as you pretend that you are not, in fact, the source of all the spurious hullaballoo you and your political allies have created in an attempt to topple your Commander-in-Chief.

One of these men is a clearly prize jerk.  The other, not.