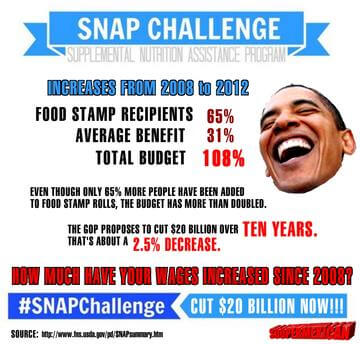 One of the most egregious deficits of logic among the left is their stubborn insistence that Barack Obama has brought the economy back to health at the same time that millions more Americans are on food stamps. Enrollment in food stamps has grown 65% from 2008 to 2012, while spending on the program has more […]

There are 49 comments.
But you can't read them because you're not signed in!