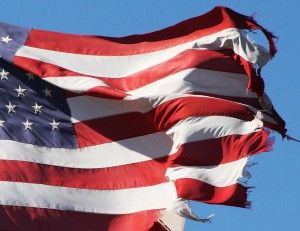 An excerpt from David Brooks’s latest column in the New York Times:

Fifty percent of Americans over 65 believe America stands above all others as the greatest nation on earth. Only 27 percent of Americans ages 18 to 29 believe that. As late as 2003, Americans were more likely than Italians, Brits and Germans to say the “free market economy is the best system on which to base the future of the world.” By 2010, they were slightly less likely than those Europeans to embrace capitalism.

Thirty years ago, a vast majority of Americans identified as members of the middle class. But since 1988, the percentage of Americans who call themselves members of the “have-nots” has doubled. Today’s young people are more likely to believe success is a matter of luck, not effort, than earlier generations.

I don’t know what to do with these statistics — I just don’t. Do you?

Weep over them, maybe?